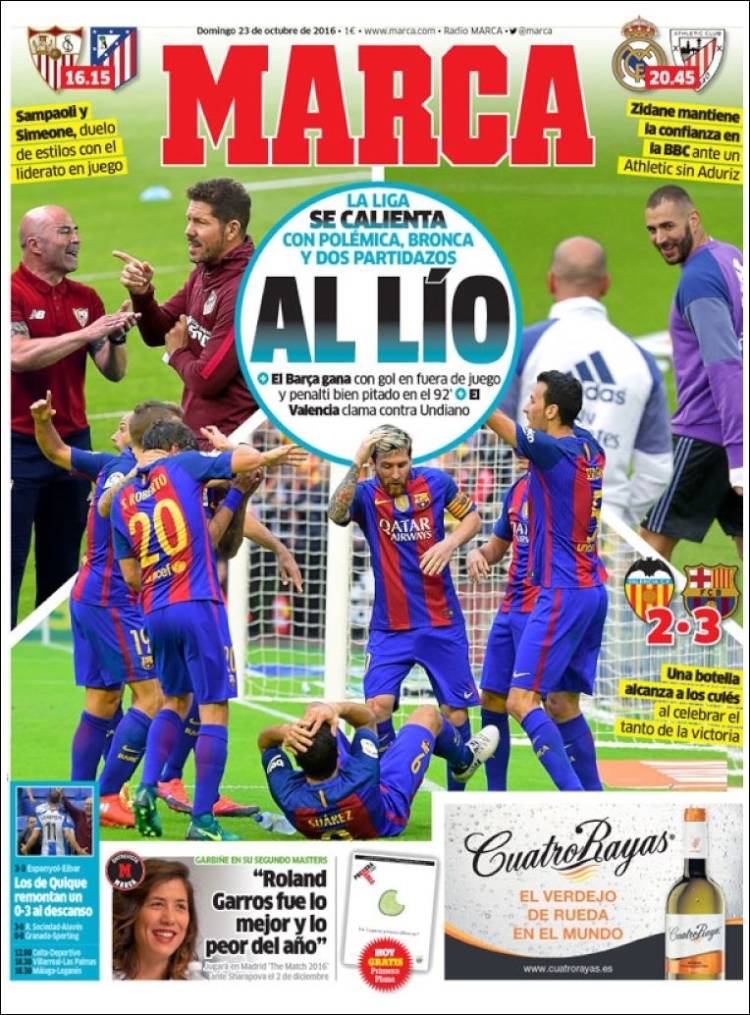 A bottle hits Los Cules to celebrate the winning goal

Sampaoli and Simeone, clash of styles with top spot at stake 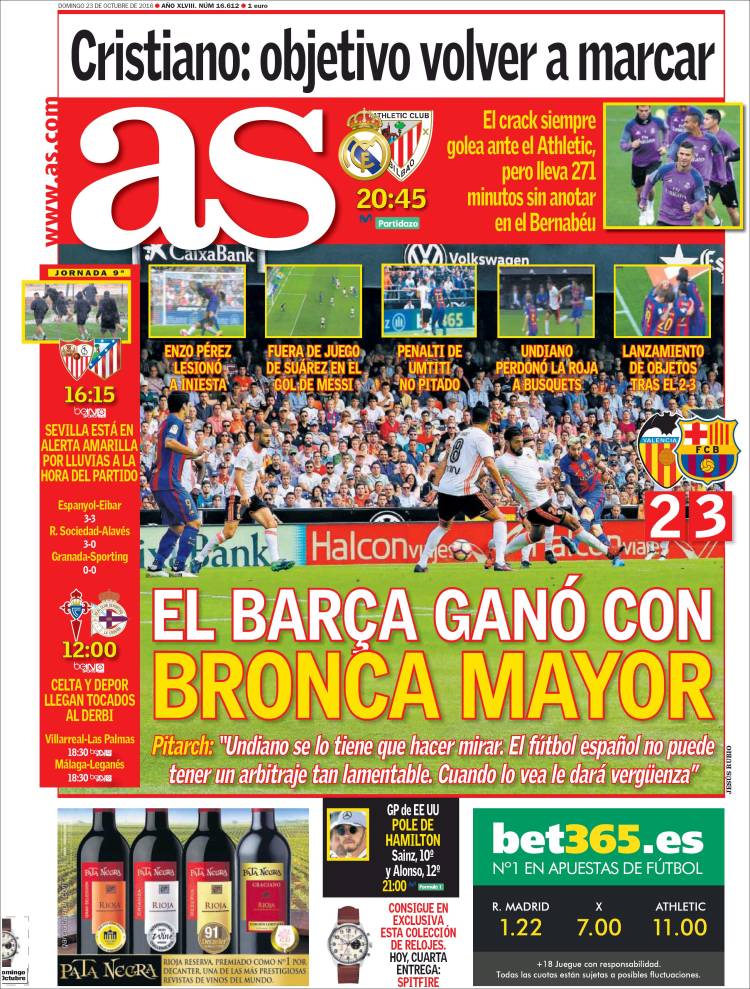 Objects thrown after the 2-3

Pitarch: “Undiano has to see it. Spanish football can’t have such pathetic refereeing. When he sees it, he’ll feel ashamed”

Cristiano: objective, back to scoring

Sevilla on yellow alert due to rain

Celtic and Depor arrive hurt for the derby 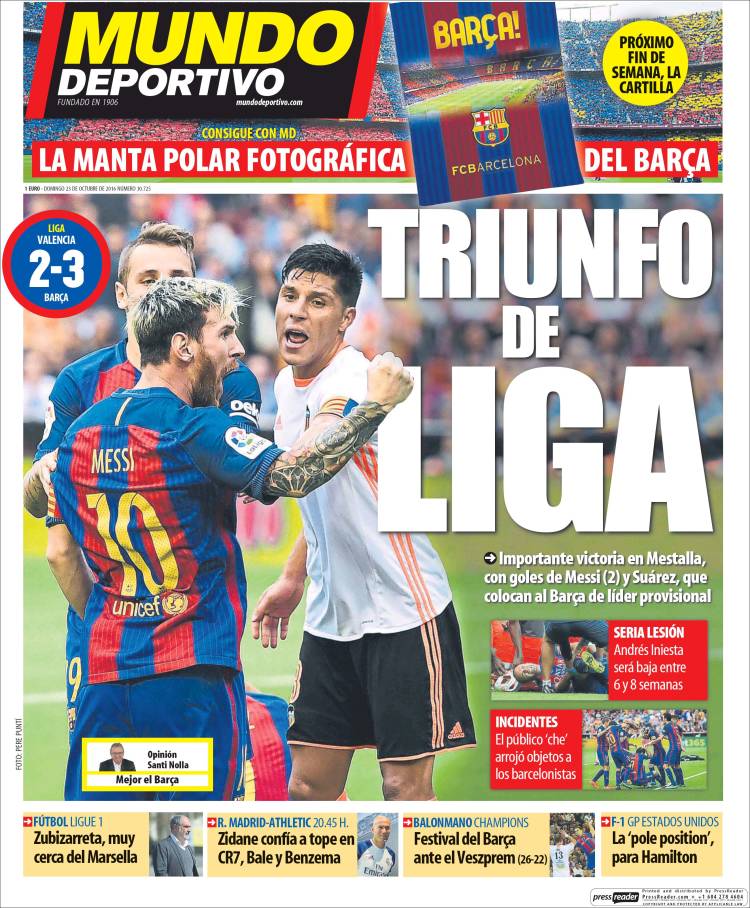 Important victory at Mestalla with goals from Messi (2) and Suarez, who place Barca as temporary leaders

Andres Iniesta will be sidelined for six to seven weeks

Zidane has complete faith in CR7, Bale and Benzema