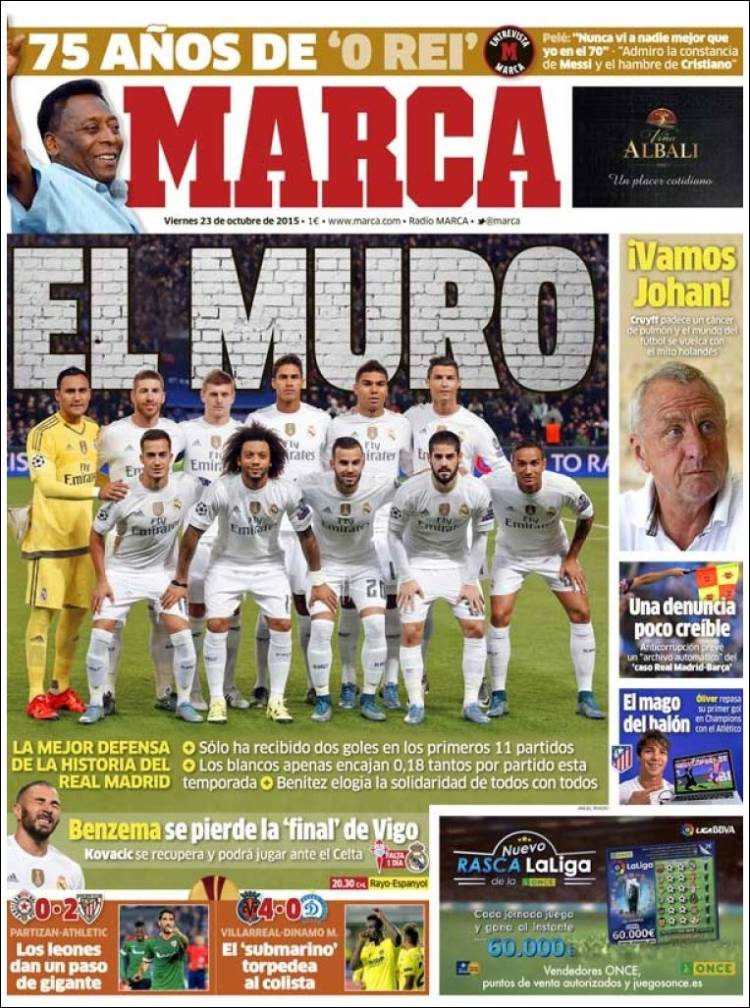 They have only conceded two goals in their first 11 games

Benzema misses the ‘final’ in Vigo

Kovacic has recovered and can play against Celta

Pele: “I never saw anyone better than me at 70”

“I admire the perseverance of Messi and Ronaldo’s hunger”

A magician with the ball

Oliver looks back on his first Champions League goal for Atletico 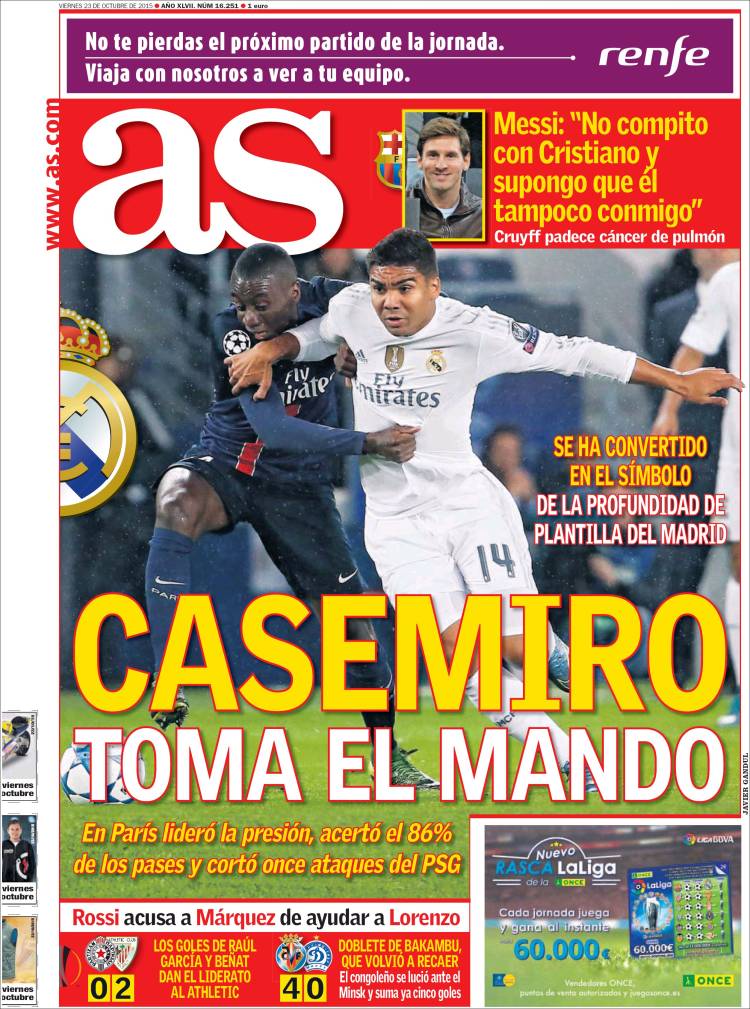 He has become the symbol of depth in Madrid’s squad

He led the way in Paris, having completed 86 percent of his short passes and stopped 11 PSG attacks

Messi: “I do not compete with Ronaldo and suppose he feels the same”

A brace from Bakambu on his return from injury 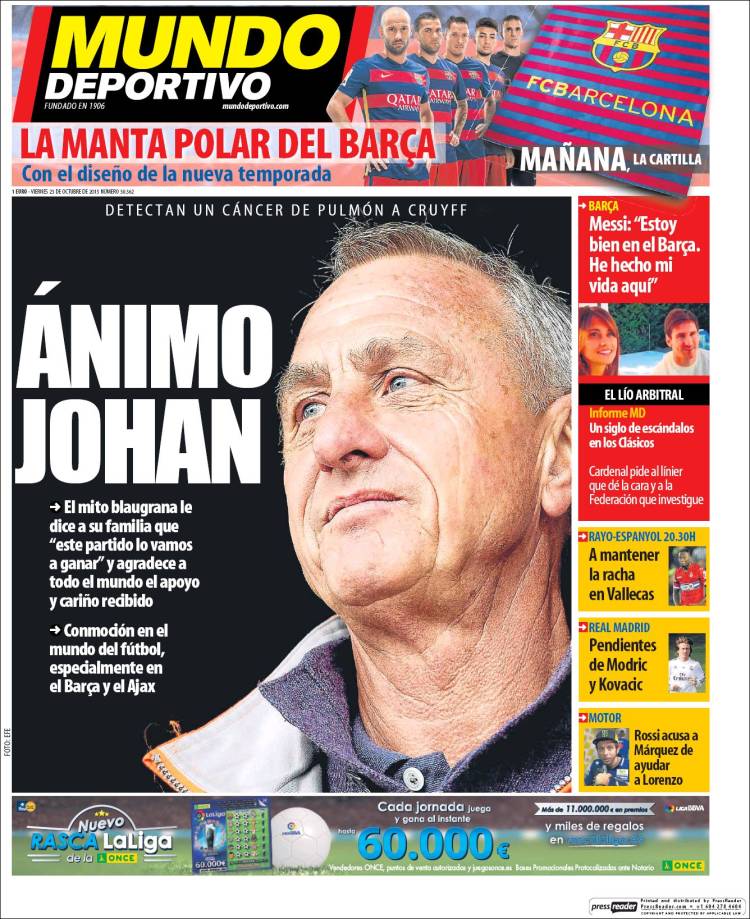 Keep your head up, Johan

Shockwaves sent through the world of football, especially at Barca and Ajax

A century of scandals in Clasicos

Espanyol look to keep their streak going at Vallecas