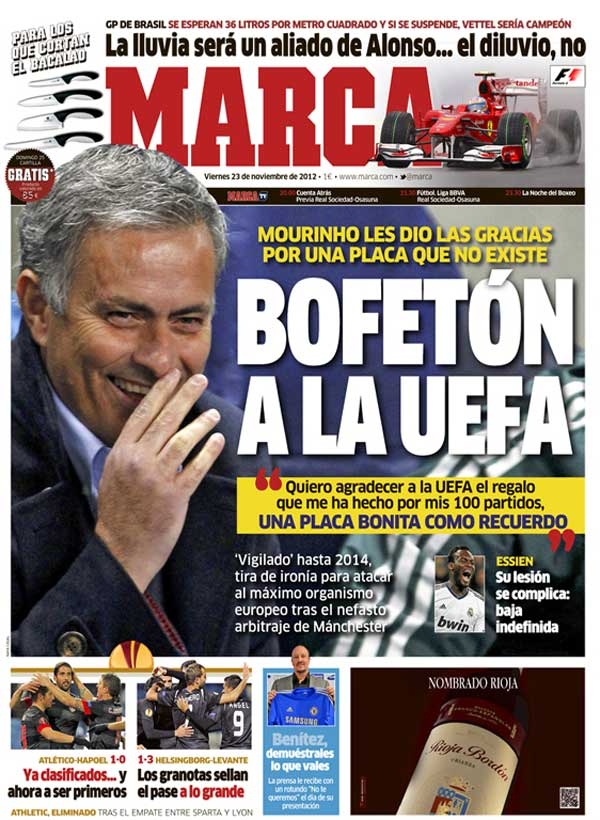 A slap in the face to UEFA

Mourinho secure in Madrid until 2014, notes the irony for the attack against the European governing body after the disastrous refereeing in Manchester

Essien: His injury is complicated and he will be out indefinitely

Atletico: Already qualified and now as first in the group

Benitez: to show his worth

Atletico Bilbao eliminated after draws with Sparta and Lyon 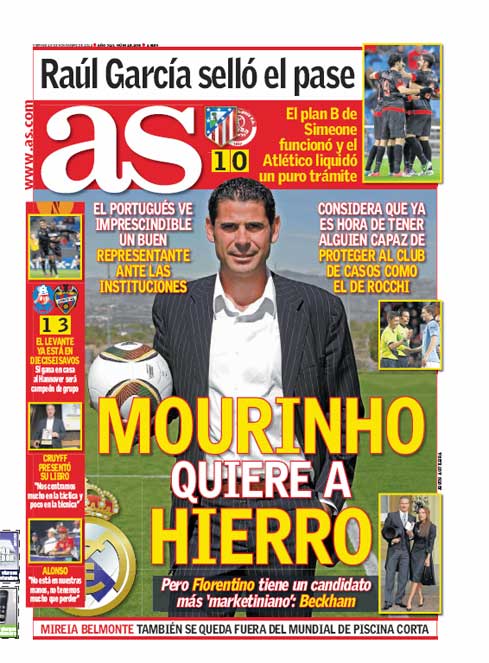 The plan B of Simeone works and Atletico easily progress

But, Florentino has a candidate more marketable: Beckham

Levante already in the Round of 16 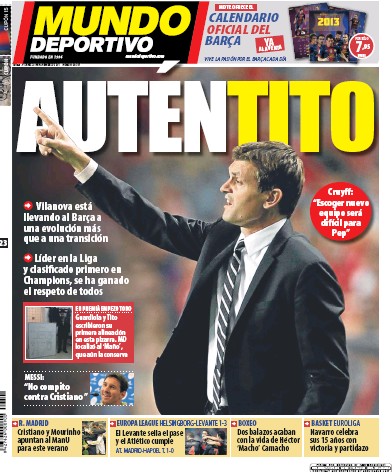 Vilanova is overseeing an evolution at Barca, not a transition

Leader in La Liga and qualified first in their UCL group, he has won the respect of everyone

Messi: I don’t compete with Ronaldo

Cruyff: To make a new team after Pep is difficult

Real Madrid: Cristiano and Mourinho to ManU this summer