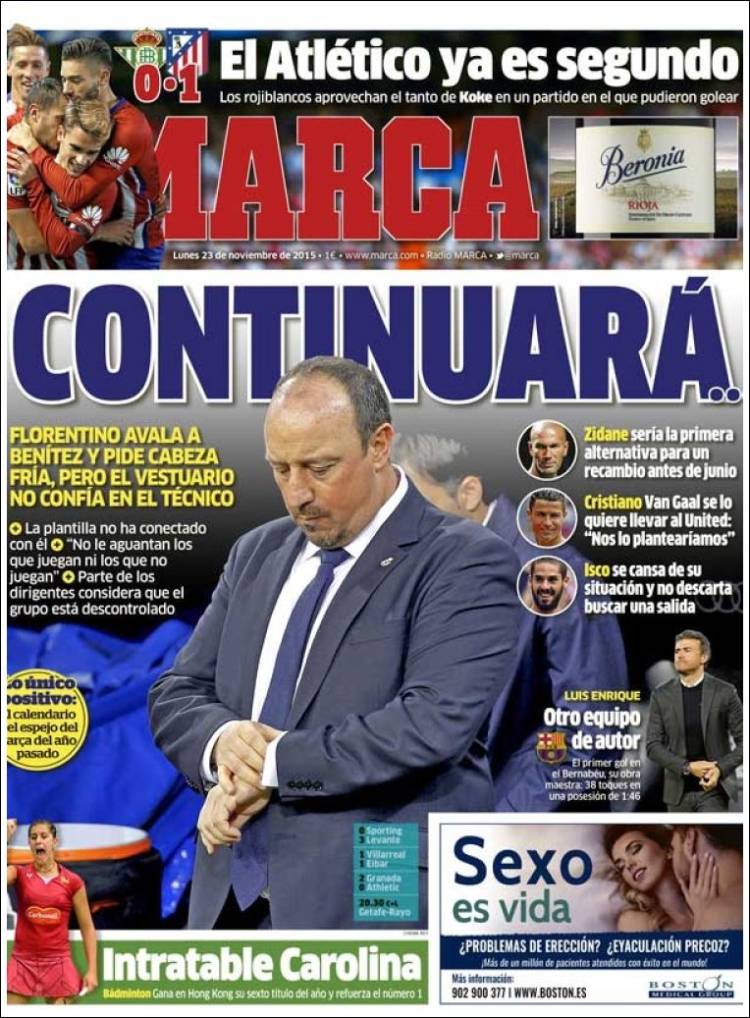 Florentino endorses Benitez and asks for a cool head, but the squad do not trust the Coach

The squad have not connected with him

Club leaders think that the squad are out of control

Zidane, would be the first-choice replacement in June

Ronaldo, Van Gaal wants to take him to United: “We’re considering him”

Isco, tired of his situation and will not rule out a move away

Luis Enrique, author of the other team

The first goal at the Bernabeu was his masterpiece; 38 touches and 1:46 possession 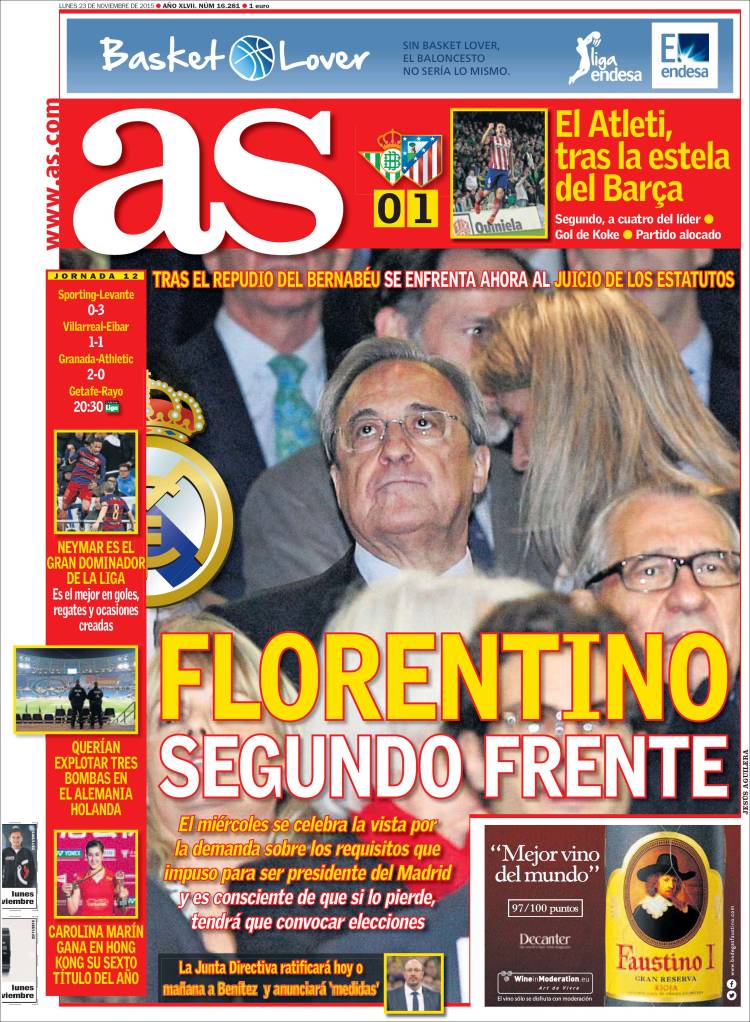 After the Bernabeu’s disapproval, he now faces the judgment of the statutes

On Wednesday, a meeting will be held by request about what is needed to be Madrid President

He is aware that if he loses their confidence, he must call elections

Second, four points behind the leaders

Koke with the goal

He is the best dribbler and creator of chances

Terrorists wanted to disarm three bombs in the Germany-Netherlands game 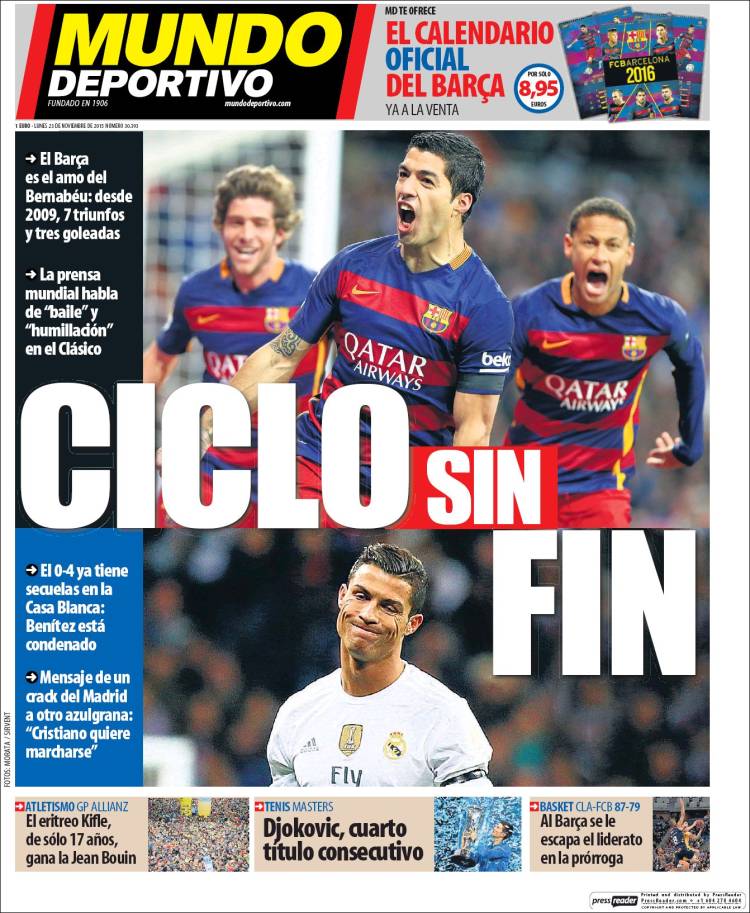 Barca are the Bernabeu masters; since 2009, seven wins and three thrashings

The world Press speak of “dance” and “humiliation” in the Clasico

The 0-4 already has consequences in the White House: Benitez is doomed

Message from a Madrid star to his Barca equivalent: “Ronaldo wants to leave”