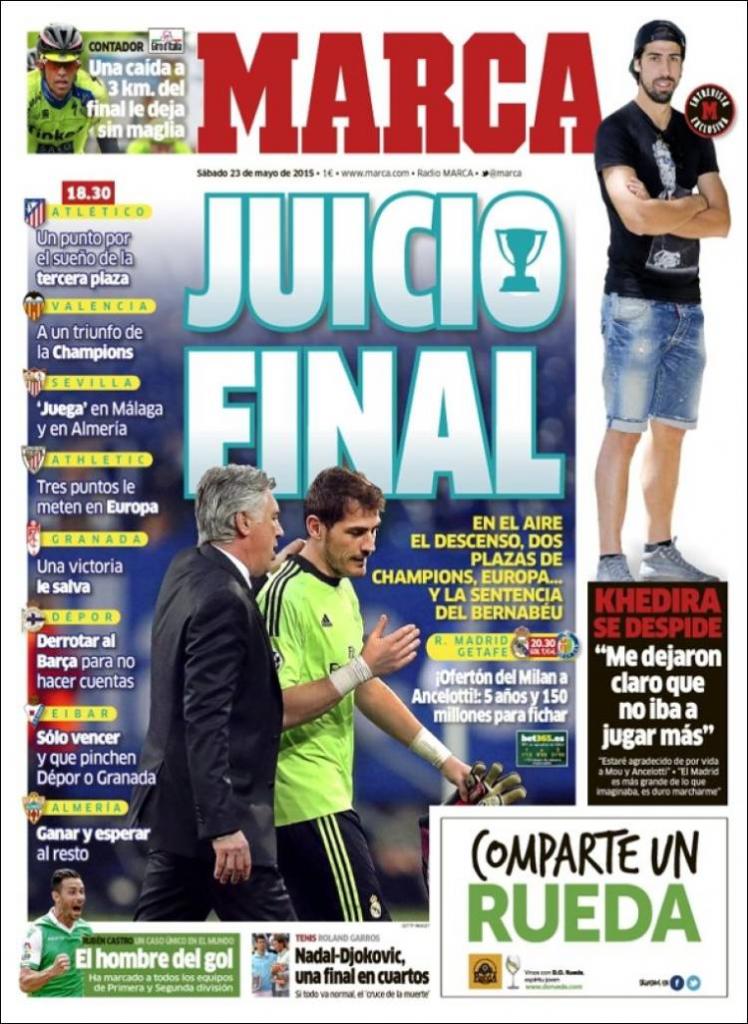 Up in the air relegation, two Champions League places, Europa...and the Bernabeu’s judgement

Mega offer from Milan for Ancelotti: five years and €150m to sign

Atletico: one point for the dream of third place

Sevilla: ‘playing’ in Malaga and Almeria

Athletic: three points would put them into the Europa League

Granada: victory will save them

Depor: to defeat Barca to get them out of danger

Eibar: only need to win to deflate Depor or Granada

Almeria: to win and wait for the rest

Khedira says goodbye: “They made it clear to me I wasn’t going to play anymore”

“I will be grateful all my life to Mou and Ancelotti”

“Madrid is bigger than I imagined, it will be hard to leave”

Ruben Castro, a unique case in the world

The goal man: he has scored against all the teams in the Primera and Segunda divisions 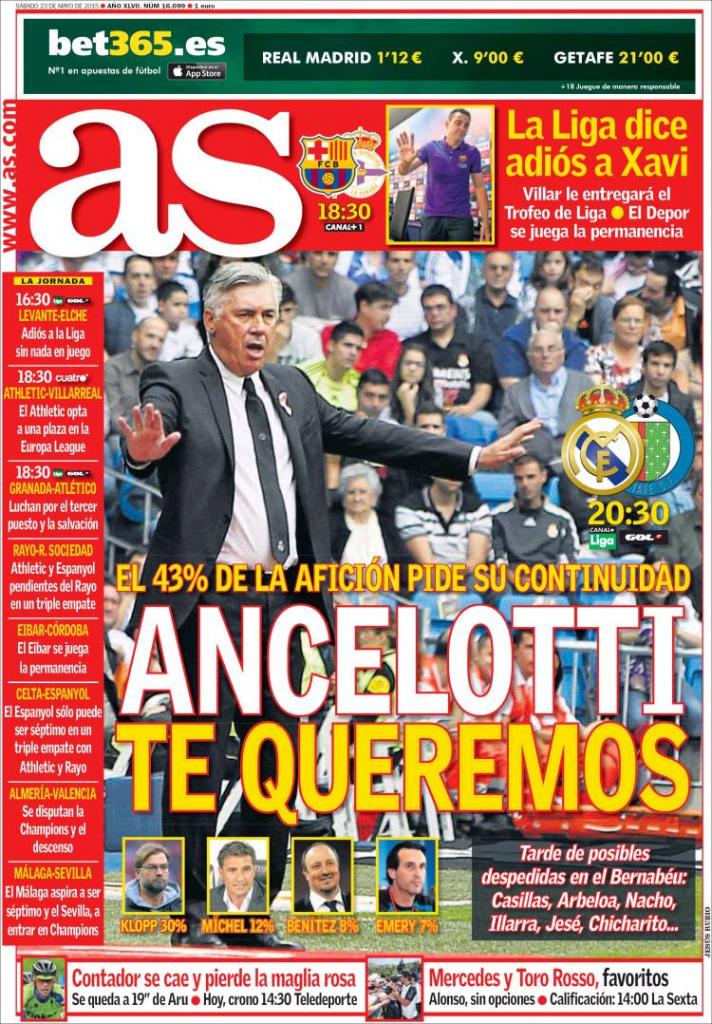 Ancelotti we want you

Forty-three per cent of supporters ask for his continuity

Villar will present the League trophy to him

Levante-Elche: goodbye to La Liga with nothing to play for

Athletic-Villarreal: Athletic hope for a place in the Europa League

Rayo-Real Sociedad: Athletic and Espanyol depending on Rayo for a triple tie

Celta-Espanyol: Espanyol can only finish seventh in a triple tie with Athletic and Rayo

Almeria-Valencia: playing for the Champions League and relegation

Malaga-Sevilla: Malaga aspire to be seventh and Sevilla to get into the Champions League 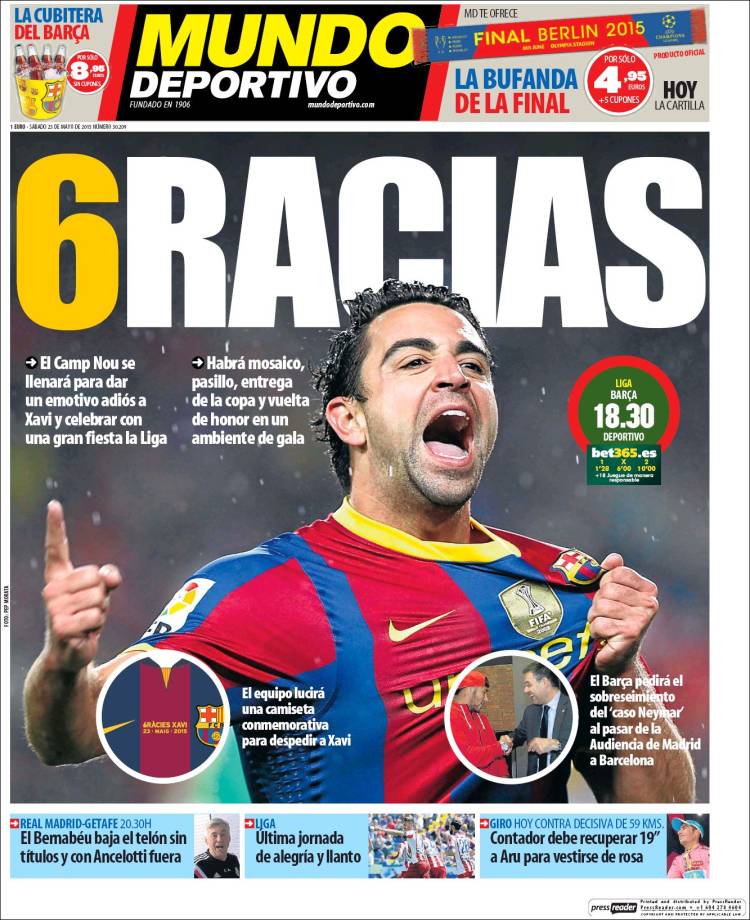 There will be a mosaic, a guard of honour, the presentation of the Cup and a lap of honour in a celebratory atmosphere

The Bernabeu lowers the curtain without trophies and with Ancelotti away