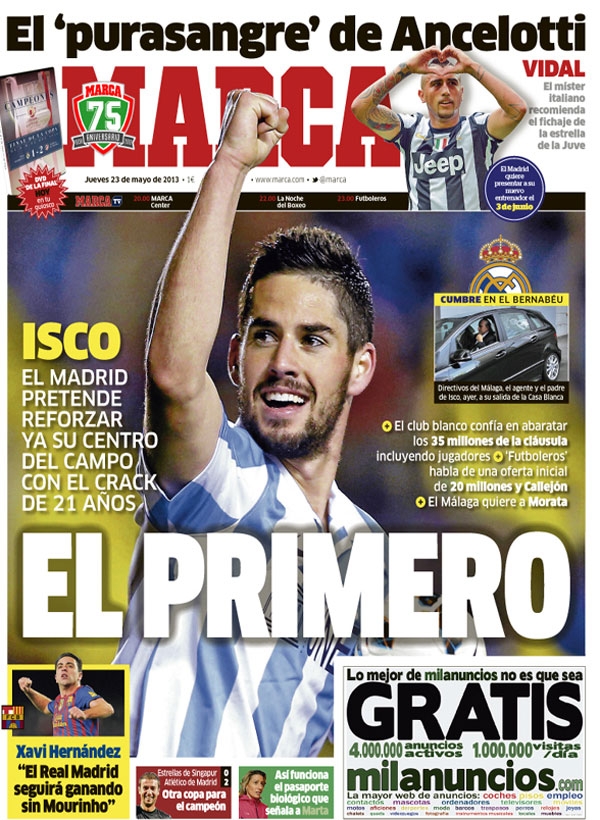 Rumours of an offer of around 20€ million and Callejon

Meeting at teh Bernabeu

Malaga directors, his agent and his father yesterday at Casa Blanca

The thoroughbred of Ancelotti

Xavi Hernandez: "Real Madrid will continue being competitive without Mourinho"

Stars of the supercup: Another cup for a champion 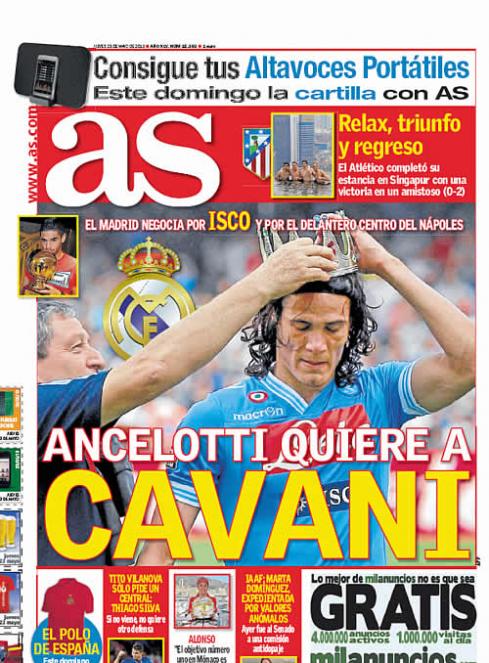 Madrid negotiate for Isco and for the forward from Napoli

Tito Vilanova only asks for one player: Thiago Silva

Alonso: "The first objective in Monaco is to finish first, ahead of Vettel and Kimi"

Yesterday she went to the commission of antidoping 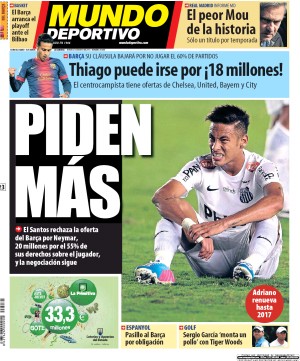 Santos reject Barca's offer for Neymar, 20€ million for 55% of the player's rights and talks continue

Thiago asks to go for 18€ million

The center midfielder has offers from Chelsea, Bayern and City

Real Madrid: The worst Mou in the history

Only one title per season

Basketball: Barca in the playoffs against Athletic Bilbao

Formula 1: Trials start for the course preferred by Alonso