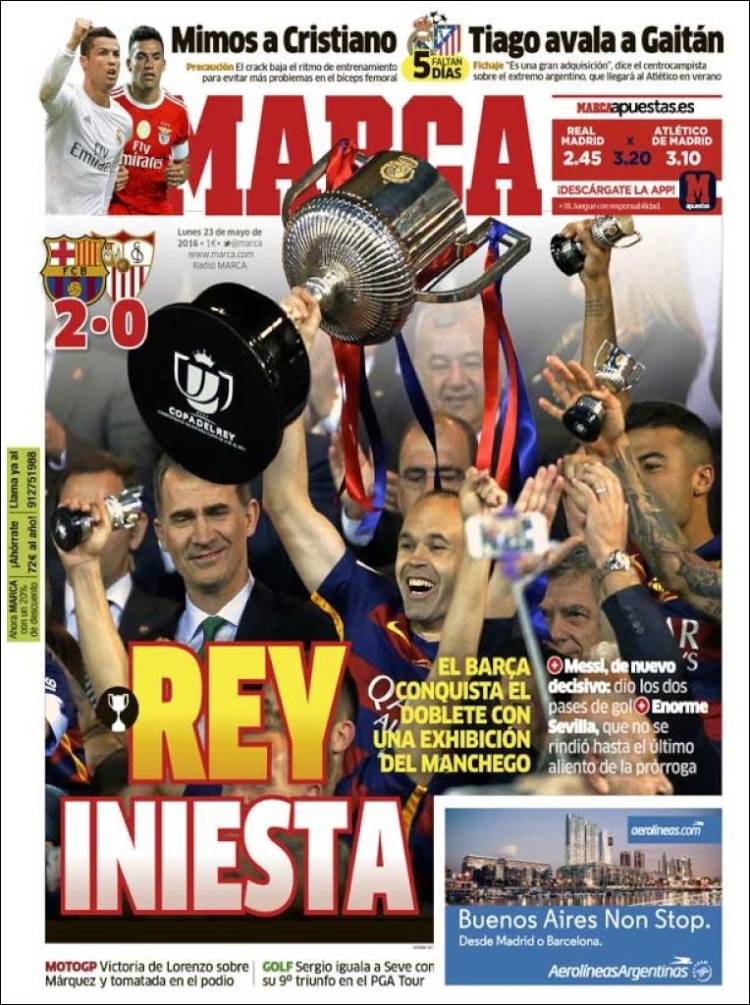 Barca win the double with an exhibition from the Manchego native

Huge effort from Sevilla, who did not give up until the last breath of extra time

Signing – “It’s a great acquisition," says the midfielder on the Argentine, who will join Atletico in the summer 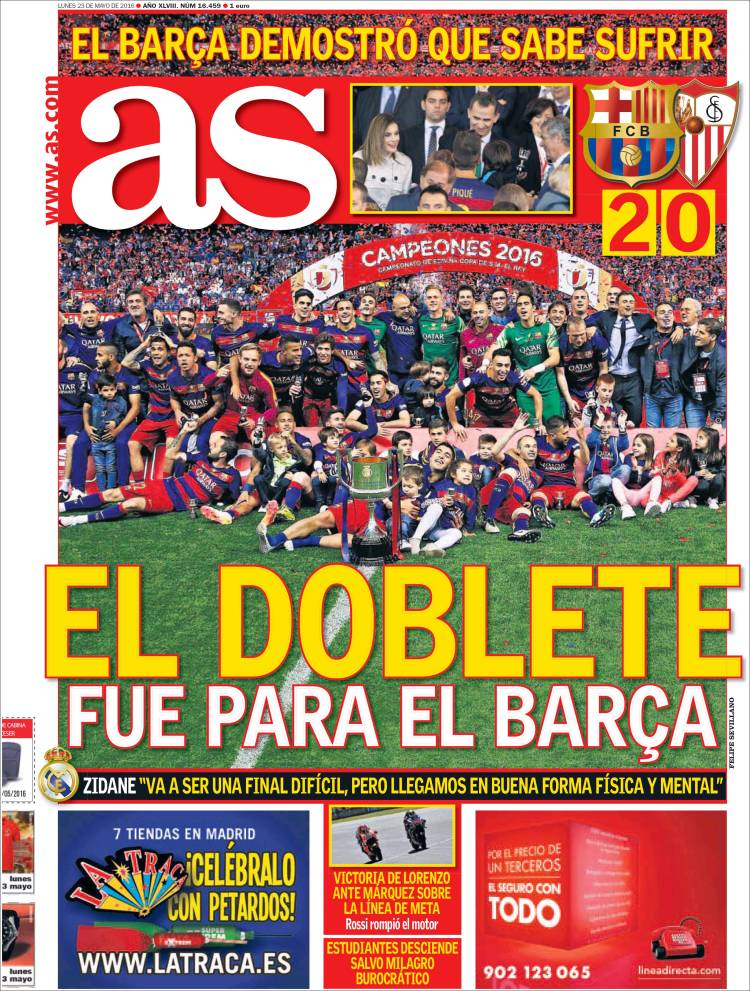 The double was for Barca

Barca showed that they knew how to suffer

Zidane: “It will be a difficult final, but we’re in good physical and mental shape” 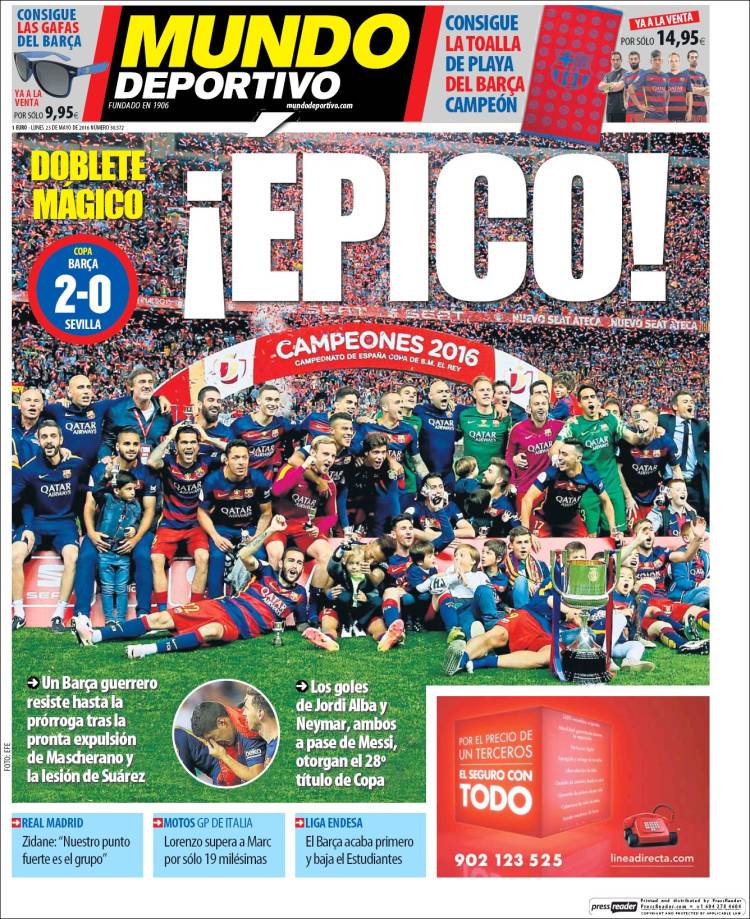 Goals from Jordi Alba and Neymar, both from Messi passes, gave the club their 28th Copa

Zidane: “Our strength is the group”