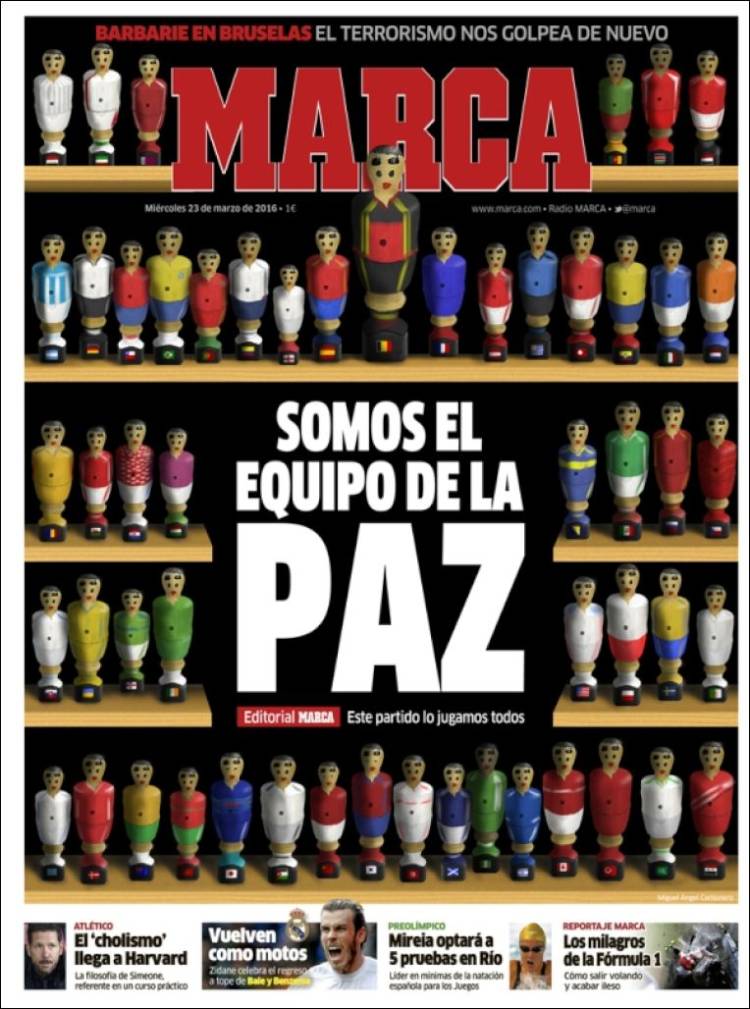 We are the team of peace

We all play this game

Zidane celebrates the return to the top of Bale and Benzema 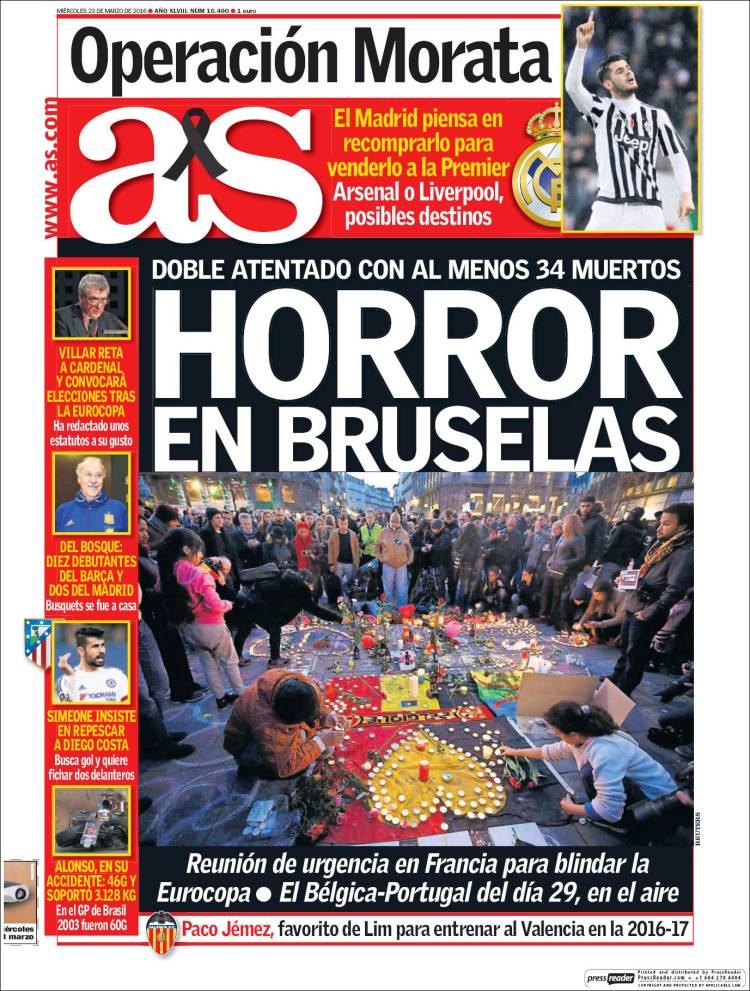 Madrid think about repurchasing him for sale to the Premier League

Double attack with at least 34 dead

Urgent meeting in France to reinforce the European Championships

Belgium-Portugal on the 29th, in the air

Villar challenges Cardenal, and calls elections after the Euros

He drew up a charter to his liking

Del Bosque: 10 debutants from Barca and two from Madrid

Looking for goals and wants to sign two forwards 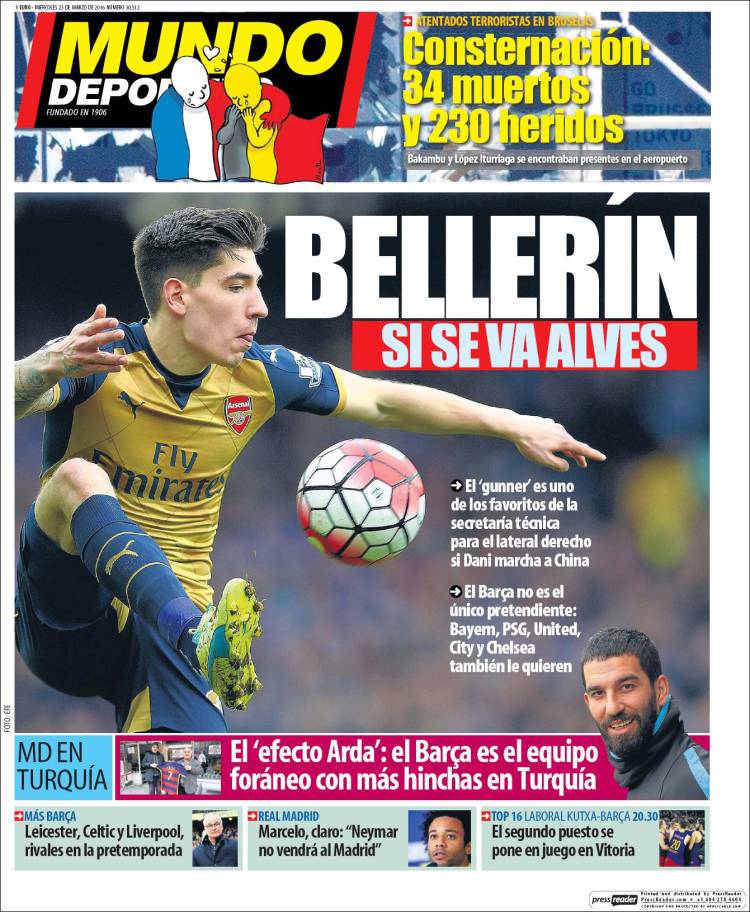 Bakambu and Lopez Iturriaga were present in the airport

Barca is the foreign team with the most supporters in Turkey