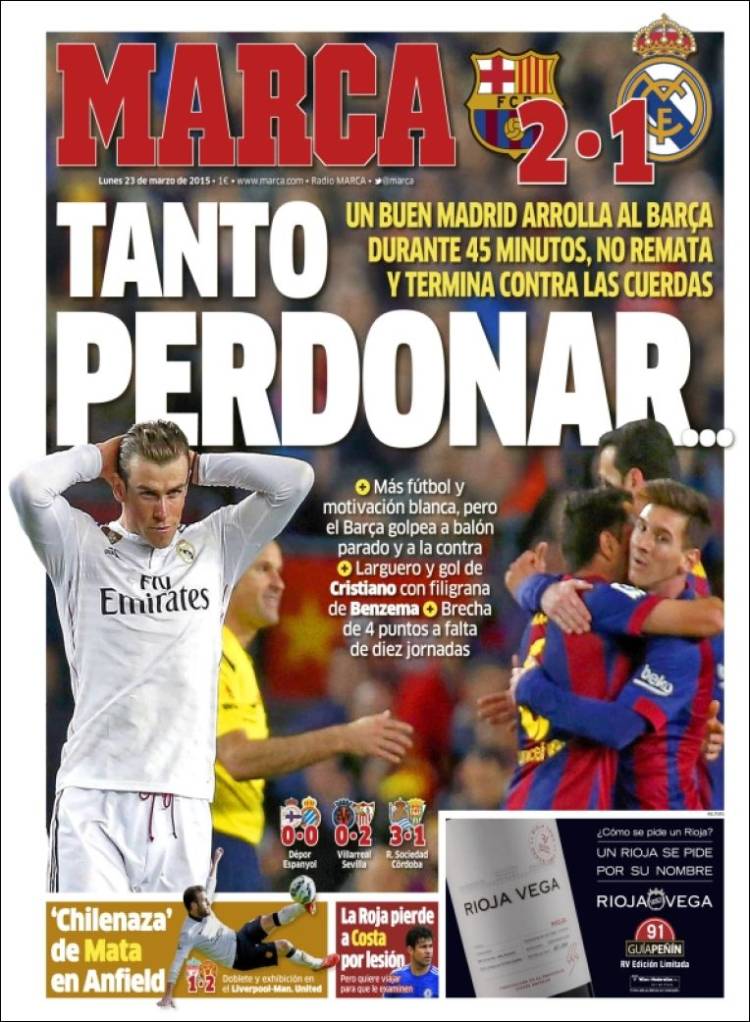 A good Madrid overwhelm Barca for 45 minutes, don’t finish them off and end up against the ropes

More football and motivation from Los Blancos, but Barca score from a set piece and a counter-attack

Four-point gap with 10 games to go

‘Bicycle-kick’ from Mata at Anfield

A double and an exhibition at Liverpool-Man Utd

La Roja lose Costa through injury. But he wants to travel so they can examine him 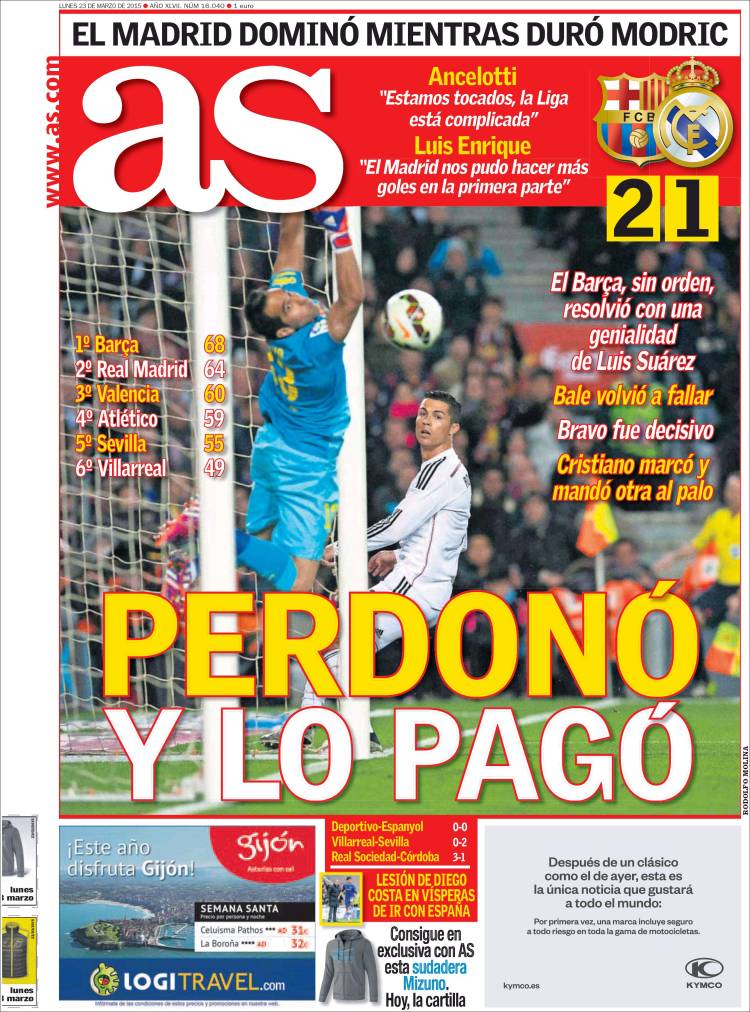 They missed and paid for it

A disorderly Barca settled it with genius from Luis Suarez

Ancelotti: “We are sad, La Liga is difficult”

Luis Enrique: “Madrid could have scored more goals in the first half”

Diego Costa injured on the eve of joining up with Spain 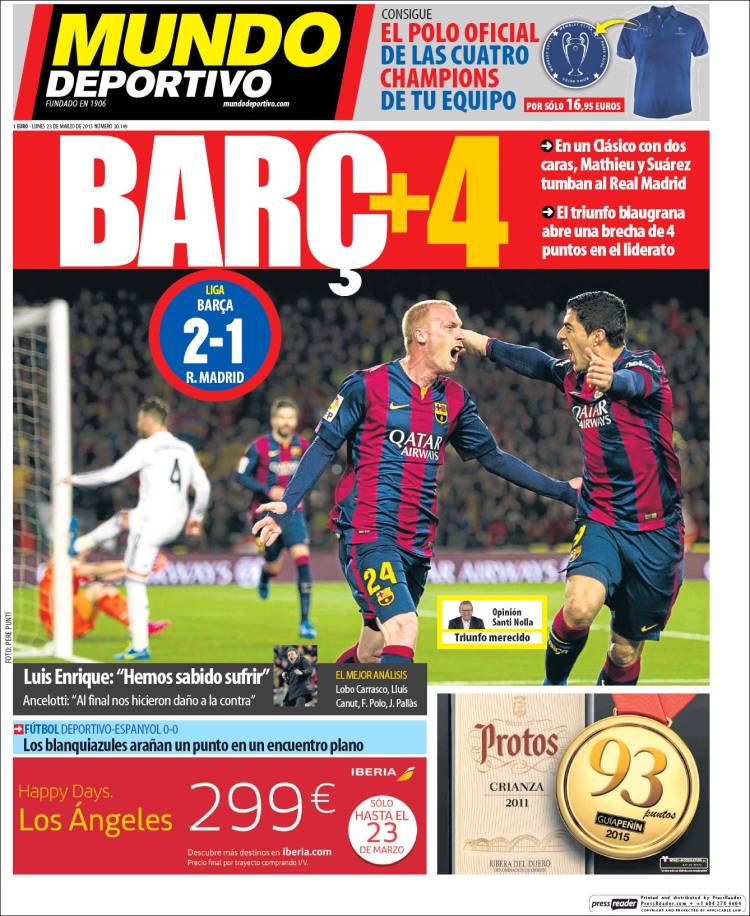 In a two-faced Clasico, Mathieu and Suarez bring down Real Madrid

The Blaugrana victory opens a four-point gap at the top

Luis Enrique: “We knew how to suffer”

Ancelotti: “In the end they were causing us danger on the counter-attack”

Deportivo 0 Espanyol 0: Los Blanquiazules scratch a point from an even game