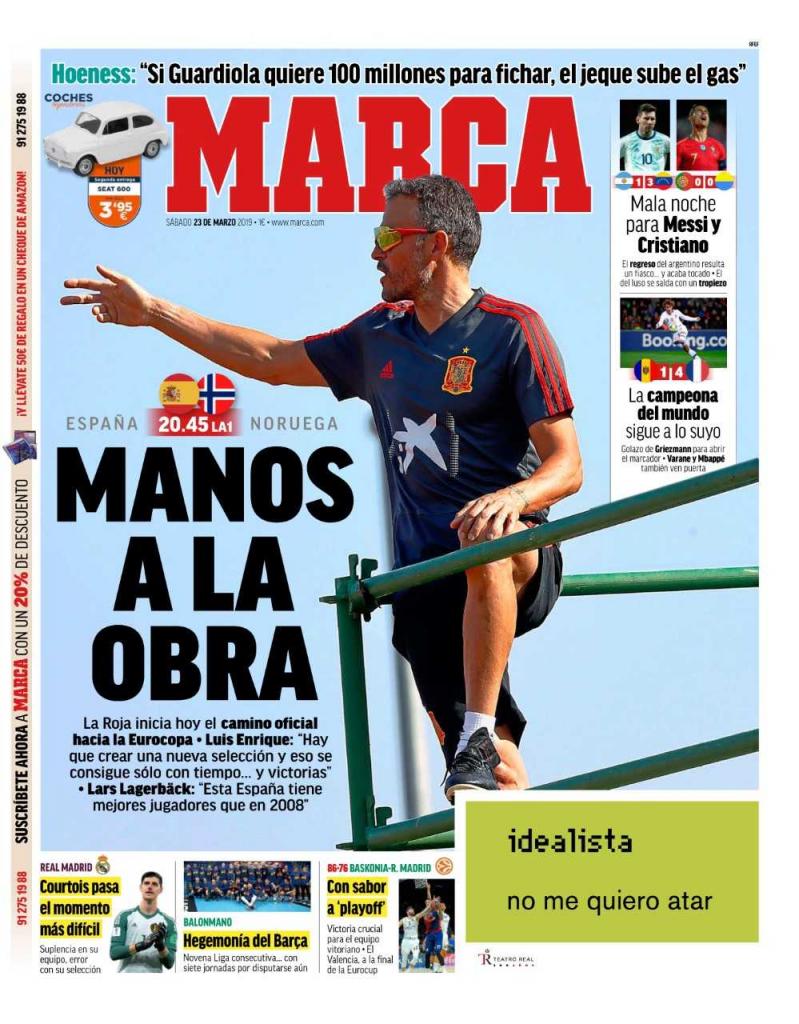 SPAIN: Let's Get To Work - Luis Enrique calls on his players to rise to the challenge of Euro 2020 qualification, as they take on Norway on Saturday night. The former Barcelona boss says his new side will only achieve their objectives with time and wins.

SPAIN: Norwary boss Lars Lagerback says this Spain team is better than the one that achieve European glory in 2008.

REAL MADRID: Goal keeper Thibaut Courtois is facing a difficult moment after an error in Belgium's friendly win over Russia which led to a goal. 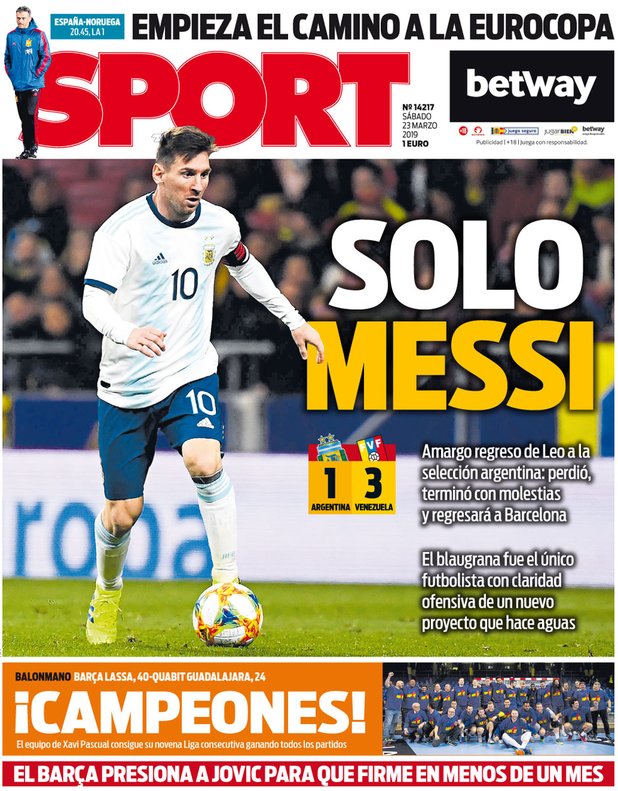 ARGENTINA/BARCELONA: Just Messi - Barcelona skipper Messi is back on Argentina duty in their defeat to Venezuela, and he will return to Spain after picking up a minor injury.

BARCELONA: Ernesto Valverde will apply pressure on Benfica striker Luka Jovic to agree a deal with the Catalan side before the end of the season. 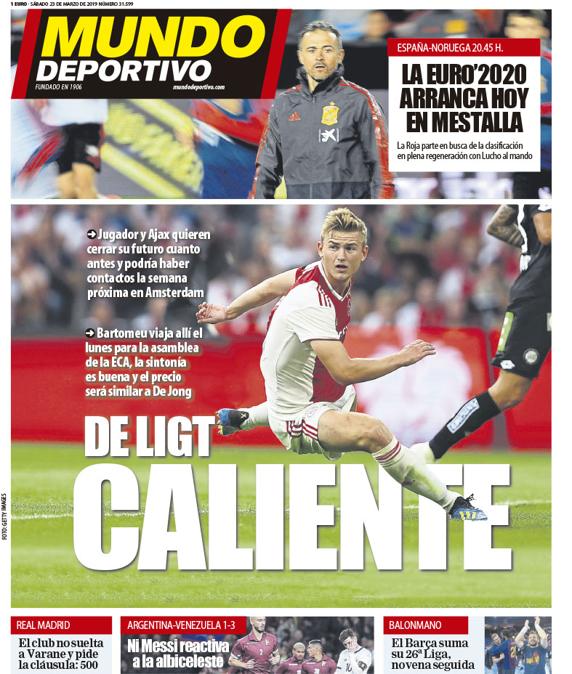 SPAIN: Luis Enrique's Spain begin their Euro 2020 qualifying at the the Estadio Mestalla against Norway on Saturday night.

REAL MADRID: Los Blancos will not let defender Raphael Varane leave for less than his release clause of €500m.