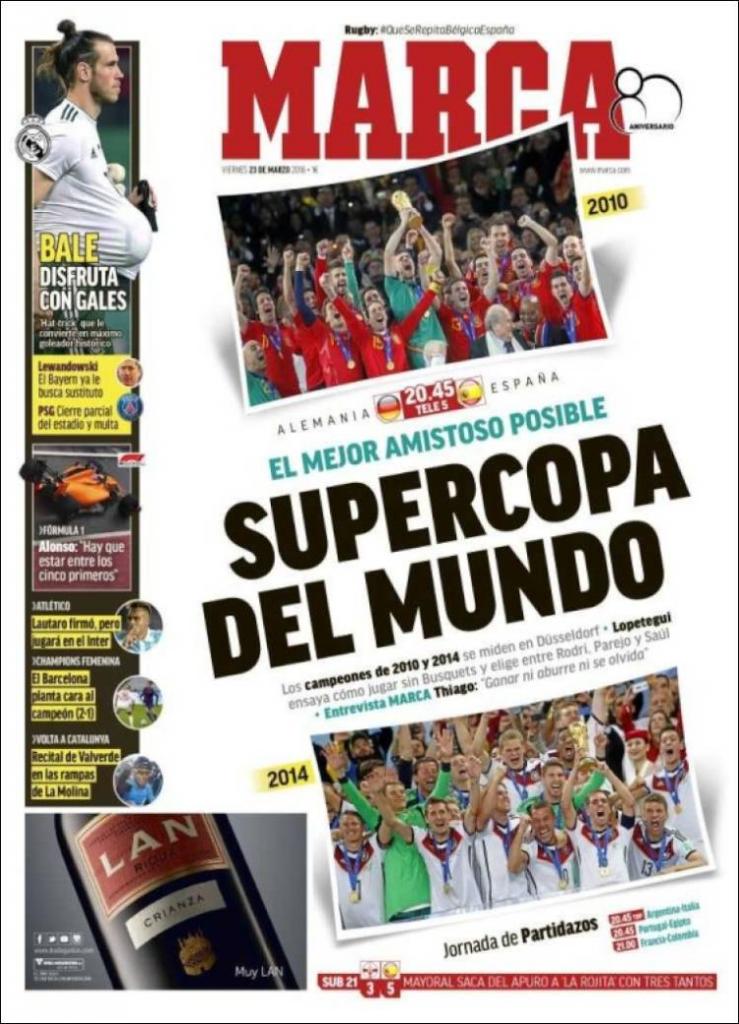 Supercup of the world

Lopetegui to rehearse without Busquets, to choose between Rodri, Saul, Parejo

Thiago: winning not tiresome or forgettable 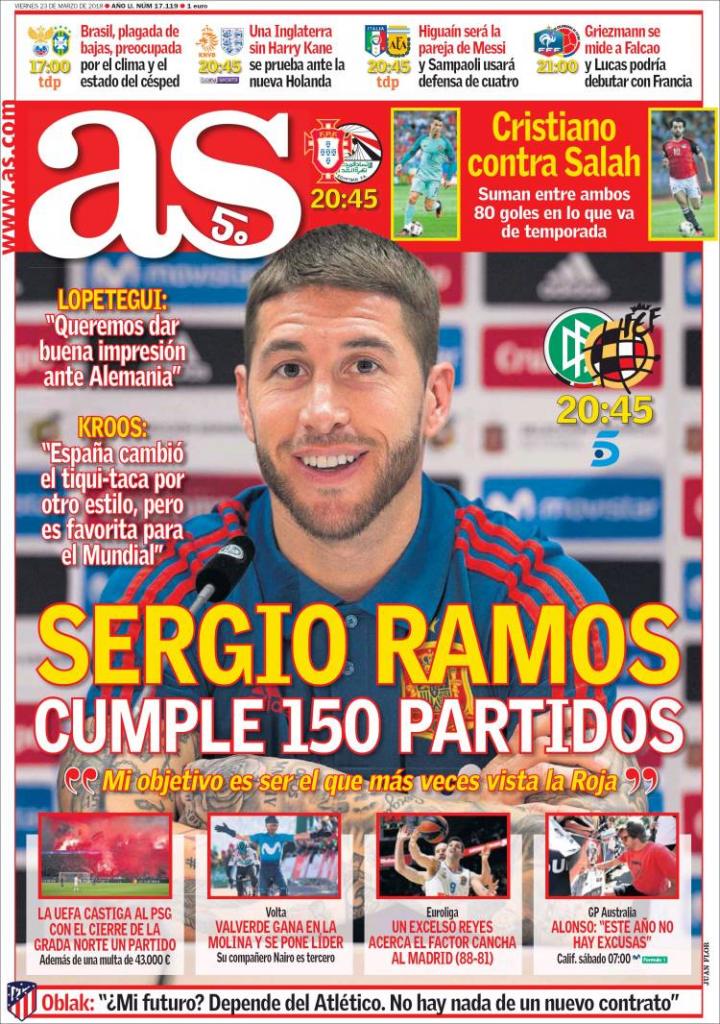 "My objective is to be Spain's most capped player"

Lopetegui: We want to give a good impression v Germany, Kroos: Spain changed a tiki-taka for another style, but they're my WC favourites

Brazil plagued by injuries, England without Harry Kane, Higuain to be Messi's partner, Griezmann up against Falcao

Oblak: My future? It depends 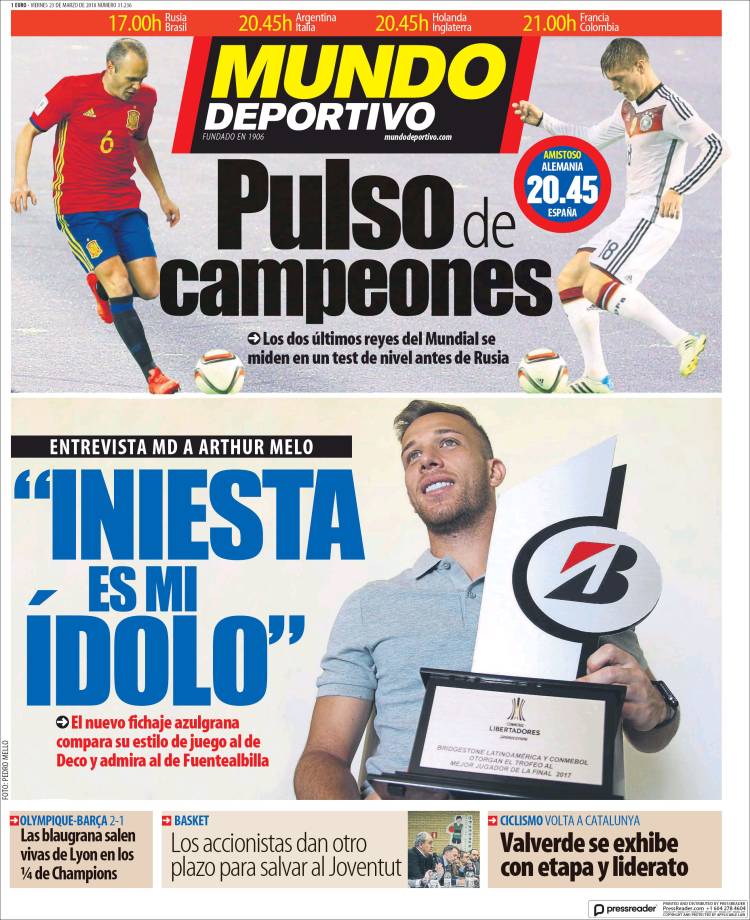 "Iniesta is my idol"