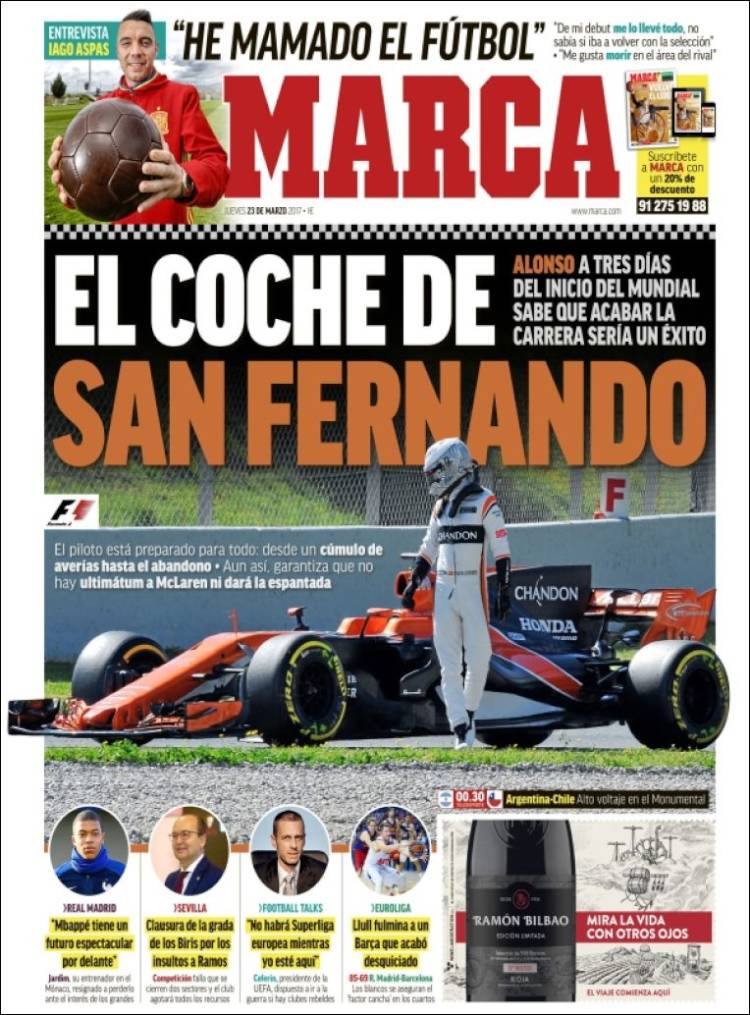 The car of San Fernando

"Mbappe has a spectacular future for a forward" - Monaco boss Jardim 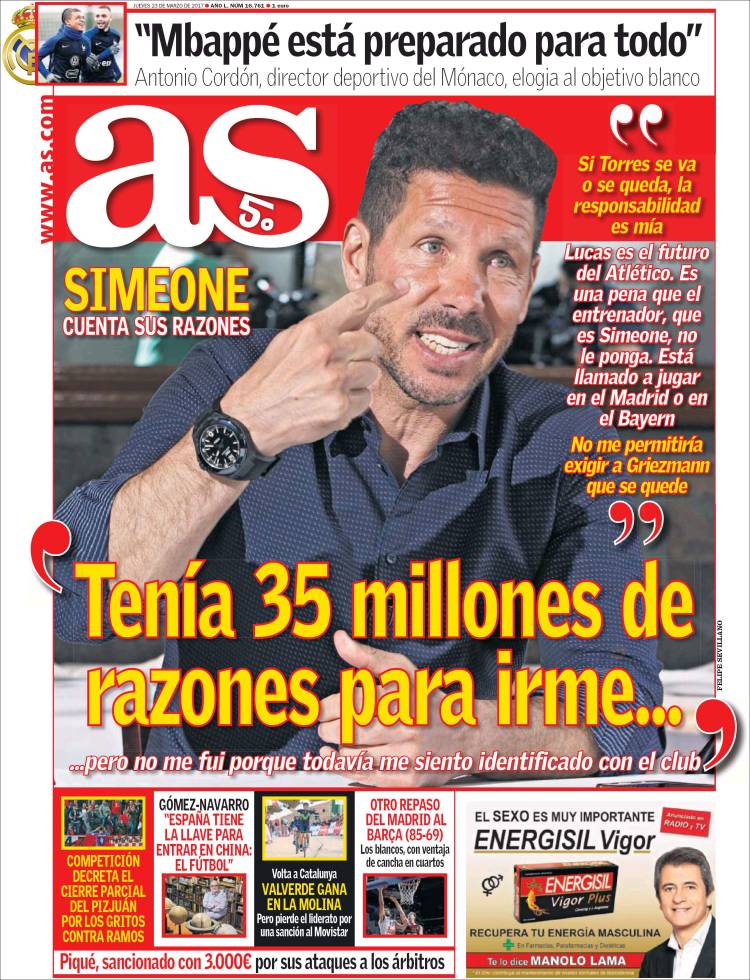 "...I didn't leave because I feel an identity with the club" - Simeone

"If Torres leave or stays, the responsibility is mine", "Lucas is Atletico's future - he was offered to Madrid and Bayern", "I would not be allowed to force Griezmann to stay"

"Mbappe is prepared for everything" - Monaco sporting director Antonio Cordon 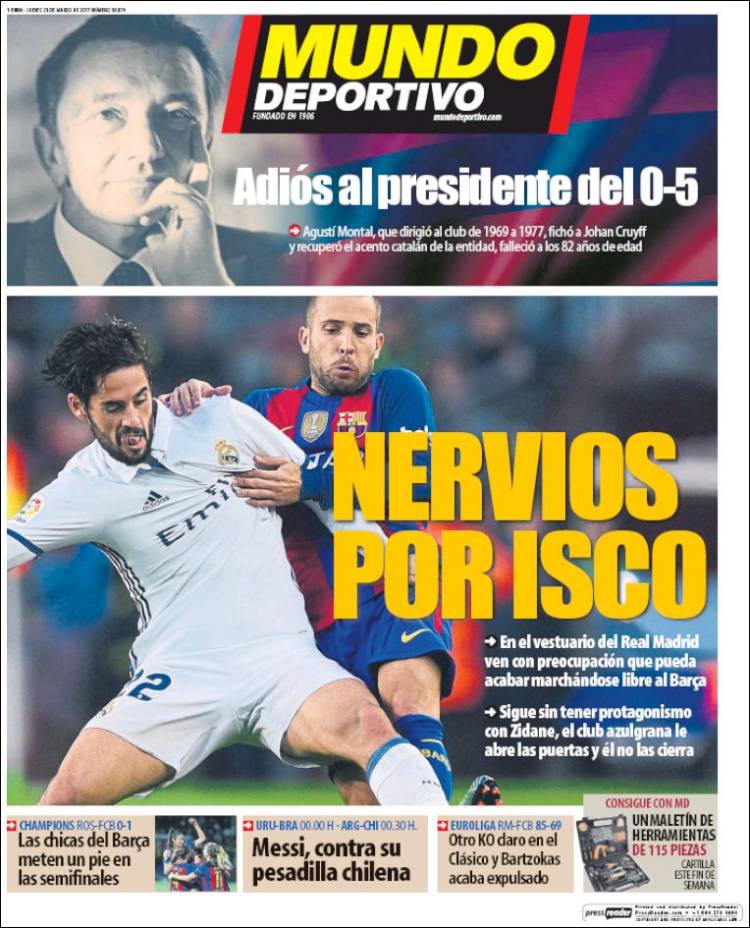 In Madrid they are preoccupied that he could leave for Barca, Barcelona have left the door open for him to move at the end of his contract

Messi to play against Chile tonight