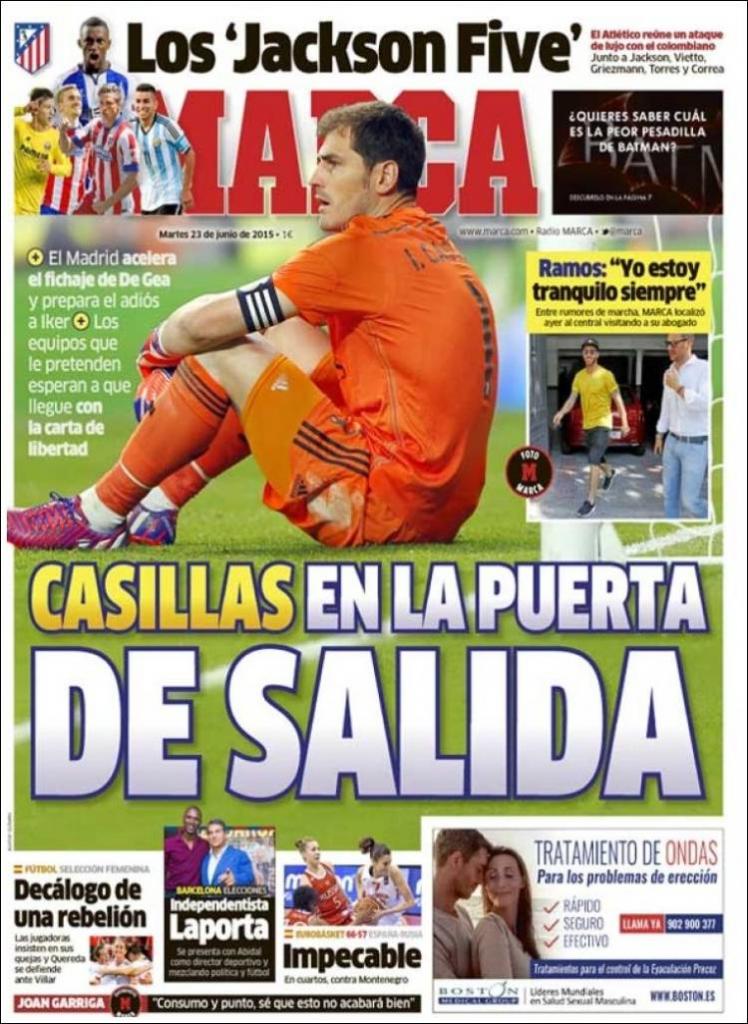 Casillas at the exit door

Atletico assemble a luxury attack with the Colombian

Together are Jackson, Vietto, Griezmann, Torres and Correa

Admit rumours of a transfer, Marca located the centre-back yesterday visiting his lawyer

10 commandments of a rebellion

He presents Abidal as sporting director and mixes politics and football 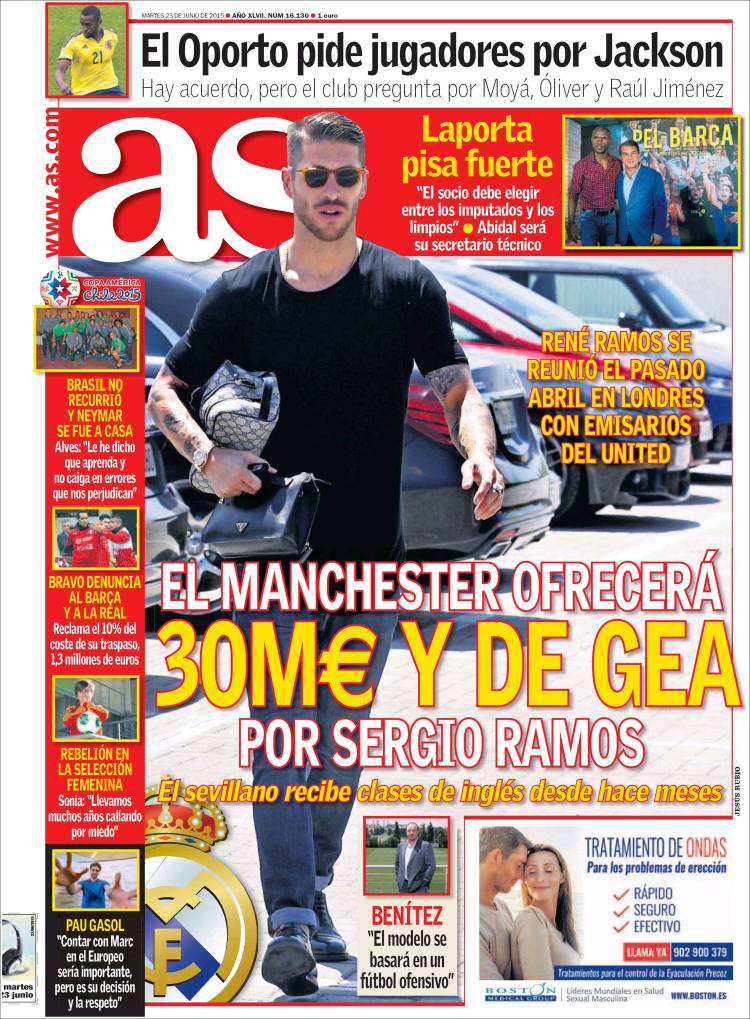 The Seville native has been taking English classes for months

Porto ask for players for Jackson

There is agreement, but the club asks for Moya, Oliver and Raul Jimenez

“The fans must choose between the accused and the clean”

Abidal will be technical secretary

Alves: “I’ve told him he should learn and not make mistakes that harm us”

Rebellion in the women’s national team

Sonia: “We’ve been silent for many years out of fear”

“The model is based on attacking football” 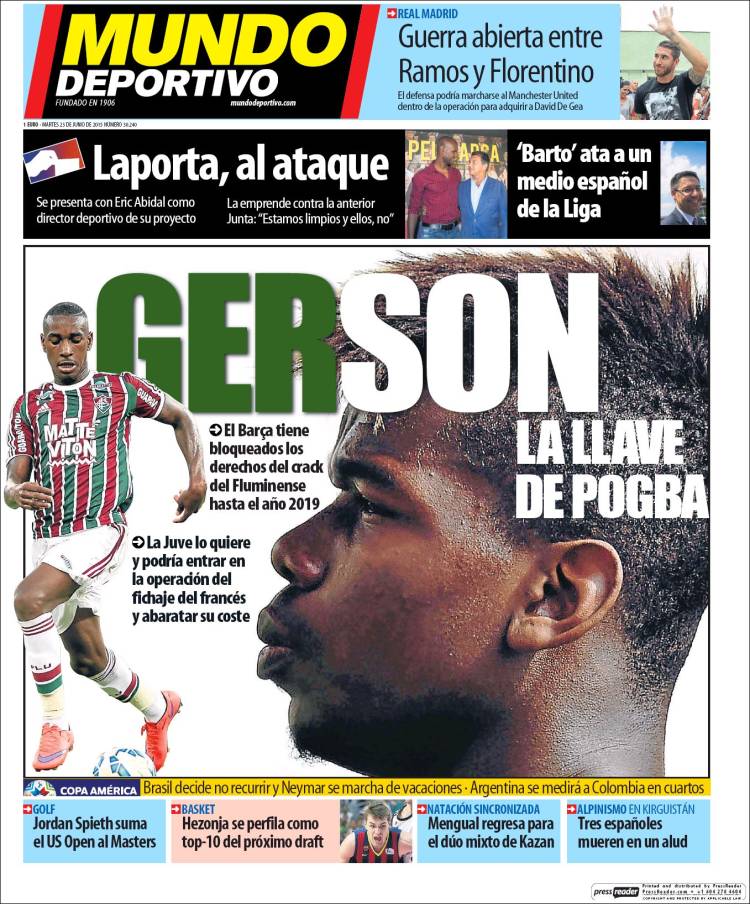 Barca has blocked the rights to the Fluminense star until 2019

Copa America: Brazil decide not to appeal and Neymar goes on holiday

Argentina will be tested against Colombia in the quarter-finals

Open war between Ramos and Florentino

Laporta, on the attack

He presents Eric Abidal as the sporting director of the project

He takes on the interior board: “We are clean, they are not”