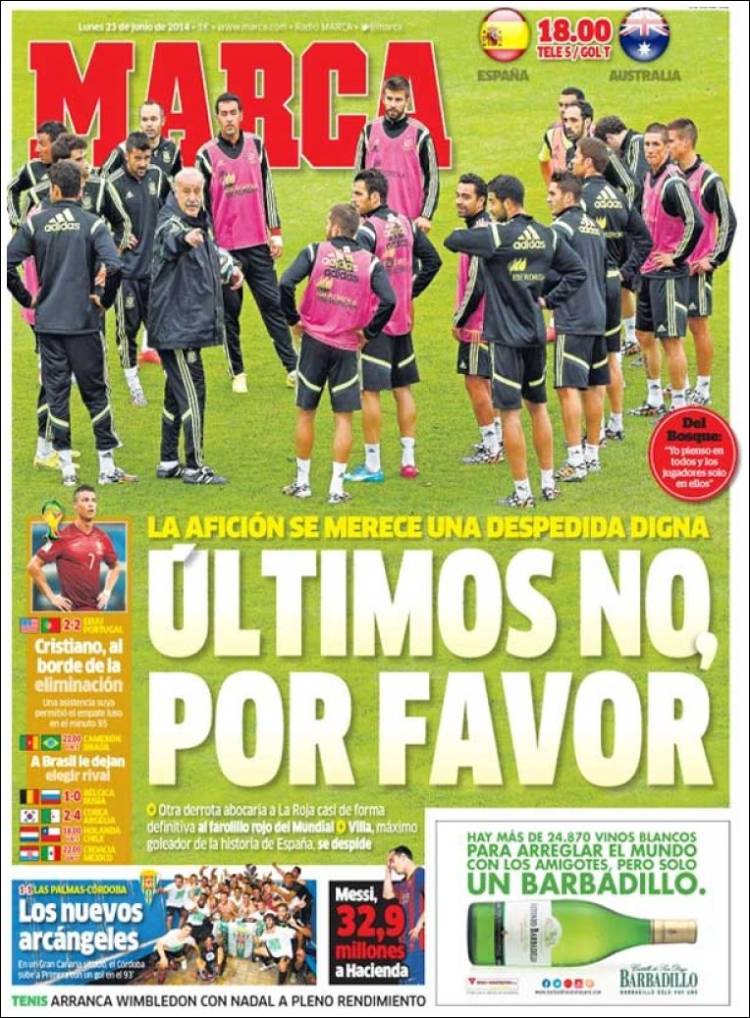 The fans deserve a dignified send off

Del Bosque: I think about everyone but the players only think of themselves

Cristiano on the brink of going out

His assist salvaged a draw in the 95th minute

Brazil can choose their rival

In Gran Canaria, Cordoba go up to La Liga with a goal in the 93rd minute

Messi €32.9m to the Inland Revenue 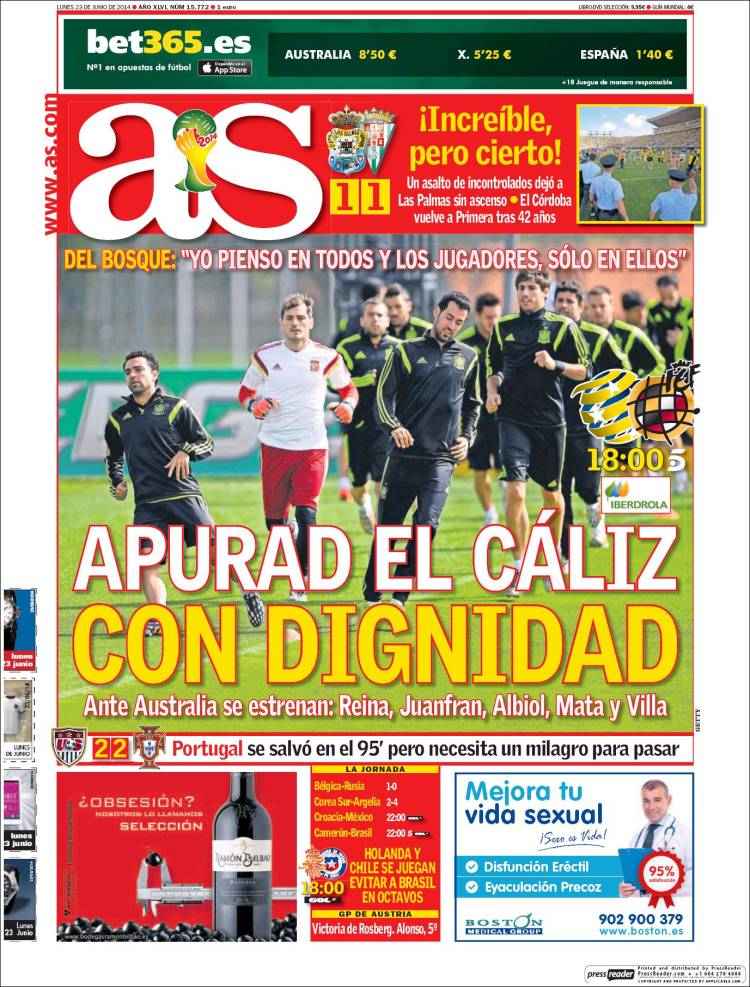 Finish off the Cup with dignity

Against Australia, Reina, Juanfran, Albiol, Mata and Villa will all play

Holland and Chile play to avoid Brazil in the knockouts 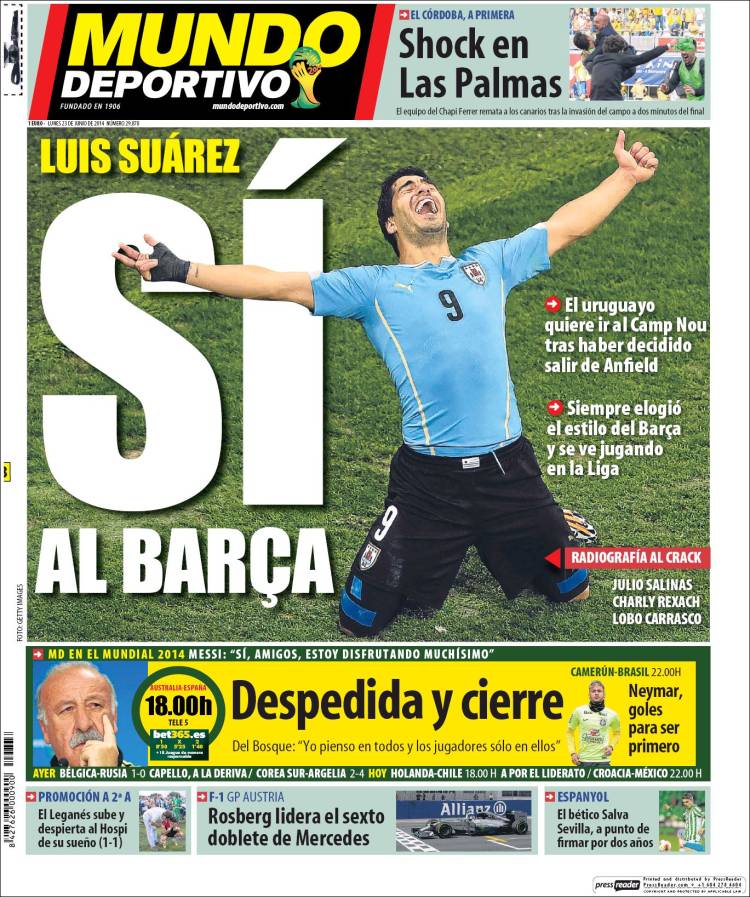 Messi: Yes my friends, I'm enjoying it a lot

Leganes go up and awaken Hospi from their dream