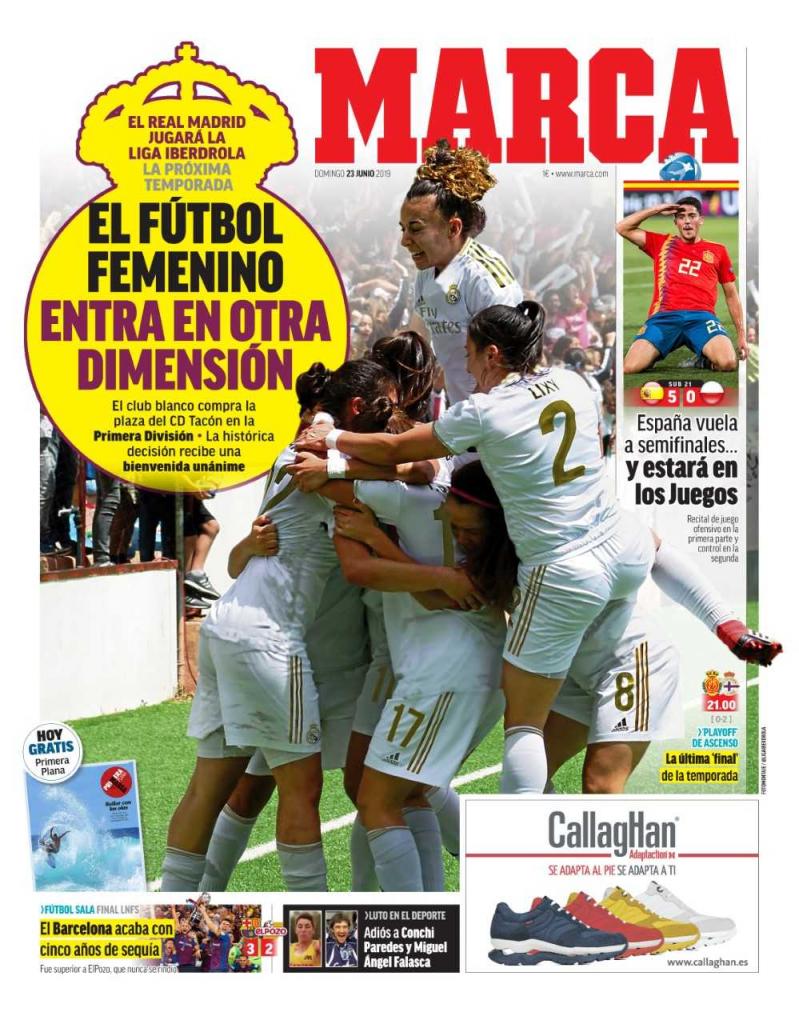 REAL MADRID: Real Madrid will launch a Women's team for the 2019-20 season, and they will enter the Liga Iberdrola. They will take the place of CD Tacon,who they have purchased their top flight spot from, following their promotion.

SPAIN U21: Spain beat Poland 5-0, to qualify for the Euro U21 Championship semi final stage, and have already secured their qualification for the 2020 Olympic Games in Japan. 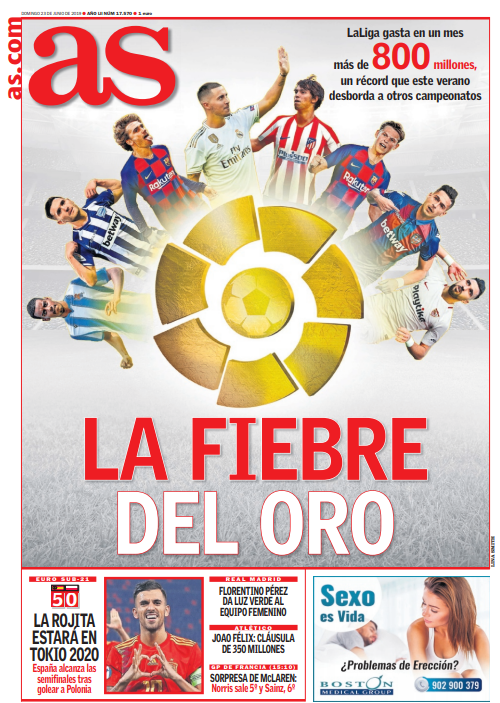 LA LIGA: Clubs in the Spanish top flight have spent more than €800m, more than any other pre-season period.

SPAIN U21: Spain secure their place at the Tokyo 2020 Olympics, and a place in the Euro U21 semi finals with a 5-0 win over Poland.

REAL MADRID: Florentino Perez gives the green light for a Women's team for the 2019-20 season.

ATLETICO MADRID: Los Rojiblancos are set to put a €350m buy out clause on Joao Felix, when he completes his move from Benfica. 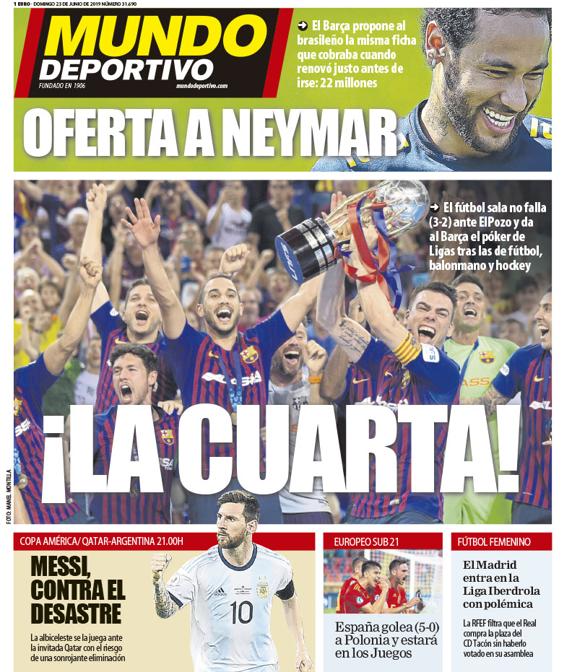 FC BARCELONA: La Blaugrana are set to offer Neymar the same contract he had at the Camp Nou, prior to his 2017 departure, with an annual salary of €22m. That would be a €4m reduction on his current wage.

FC BARCELONA: THE FOURTH - Barcelona's futsal side claim the club's fourth title in recent weeks, with a  win over El Pozo, alongside victories in football, handball and hockey.

ARGENTINA: Messi and co are in last chance saloon mode, as they take on Qatar in their final 2019 Copa America group game.