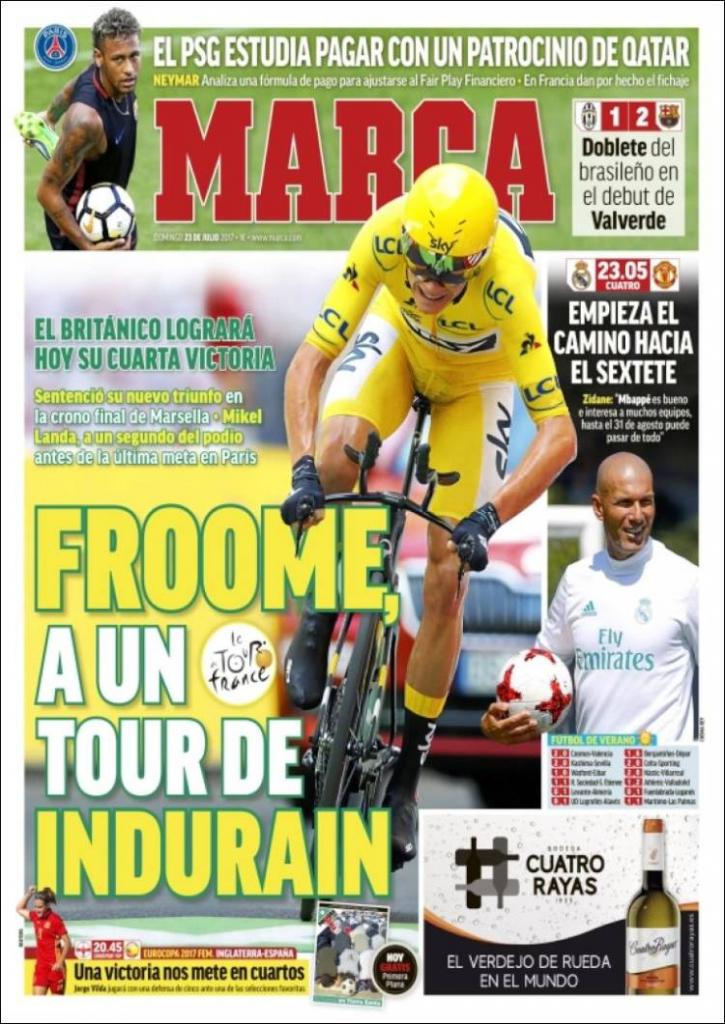 Analysing a payment formula to fit the Financial Fair Play

They take the signing for granted in France

Froome, a Tour from Indurain

The Brit will win his fourth today

Decided his triumph in the final chrono in Marseille

Mikel Landa, a second off the podium before the finish in Paris

The road to the sextuple begins

Zidane: “Mbappe is good and interesting a lot of teams, until August 31 everything can happen”

A victory gets us into the quarters 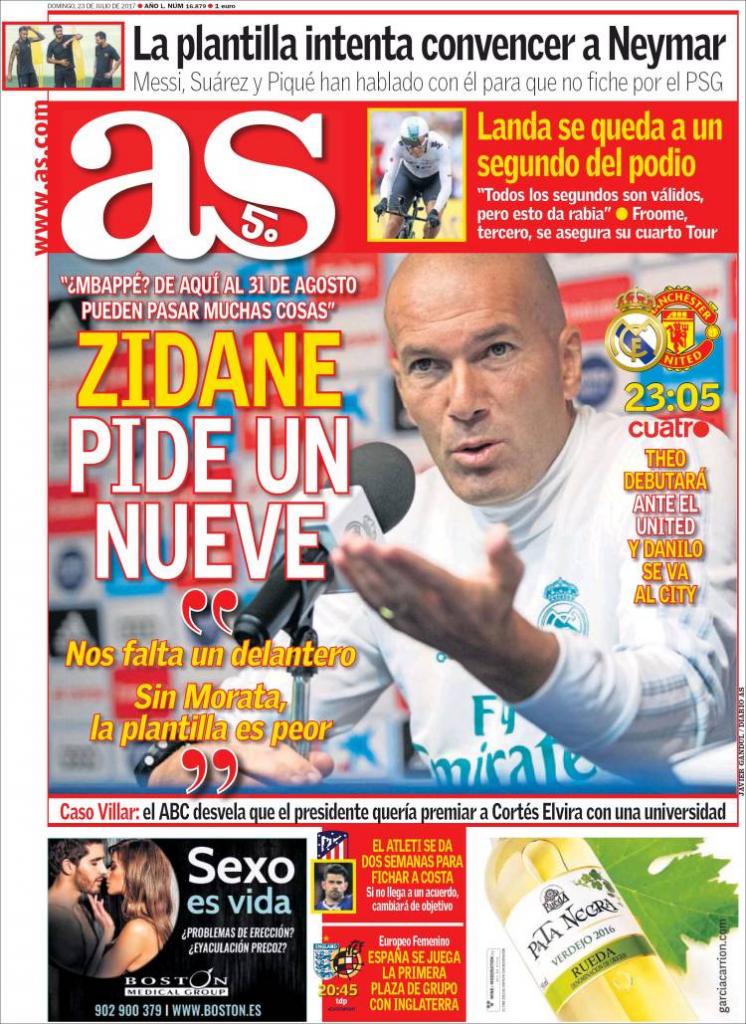 The squad tries to convince Neymar

Messi, Suarez and Pique have spoken with him to not sign for PSG

Landa is one second off the podium

“All seconds are valid, but this hurts”

Zidane asks for a No 9

“We lack a forward without Morata, the squad is worse”

Theo debuts against United and Danilo goes to City

If an agreement can’t be reached, the objective will change

Spain play for first place in the group with England 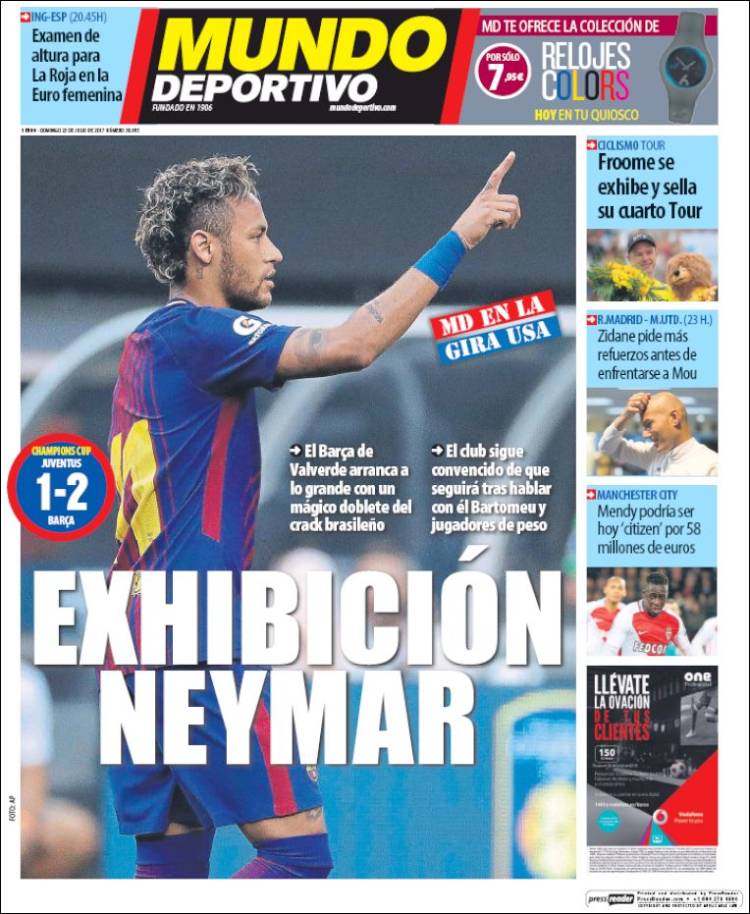 Mendy could be a ‘Citizen’ today for €58m