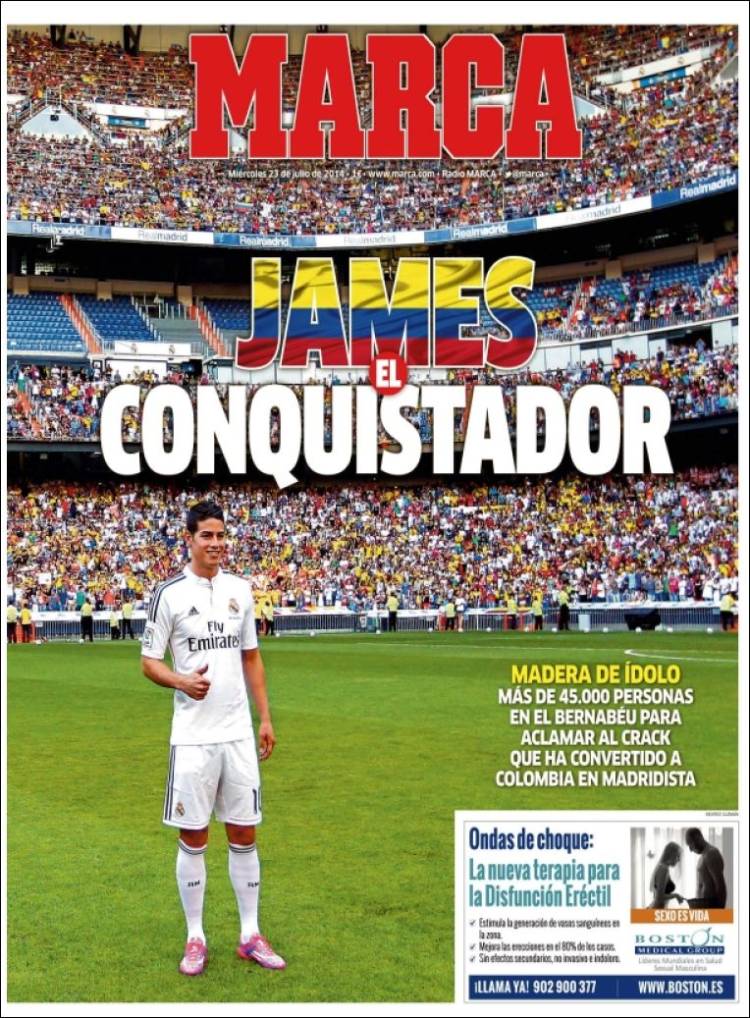 The makings of an idol

More than 45,000 people at the Bernabeu to hail the star who has converted Colombia into Madridistas 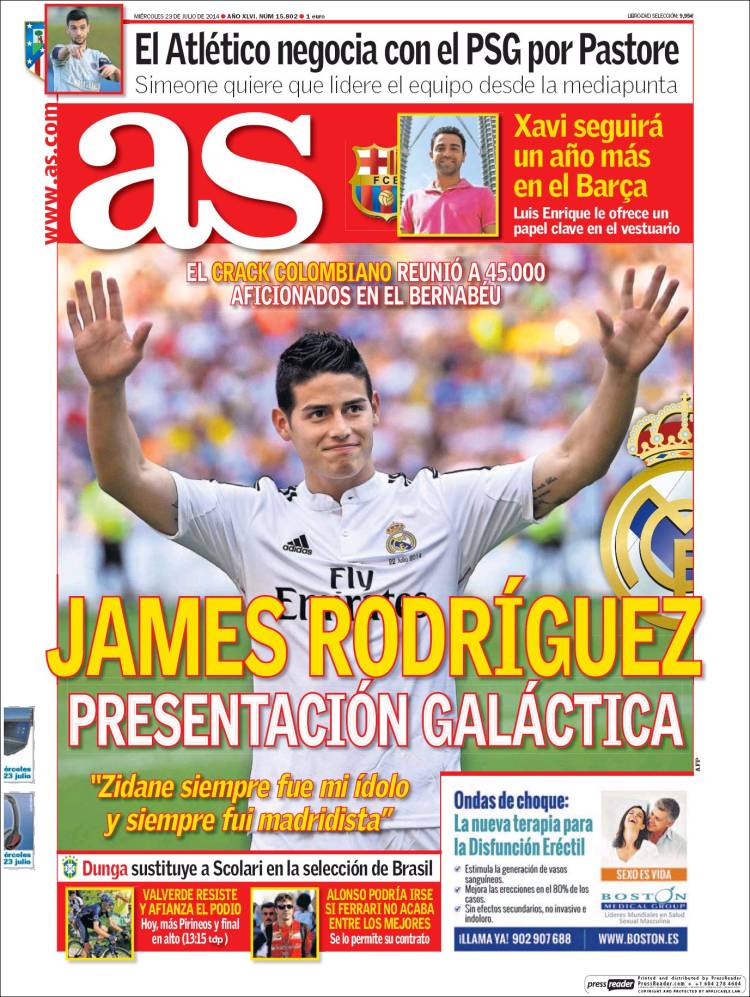 The Colombian star brought together 45,000 fans at the Bernabeu

Atletico negotiate with PSG for Pastore

Simeone wants him to lead the team from the No.10 role

Xavi will continue with Barca for one more year

Luis Enrique offers him a key role in the dressing room 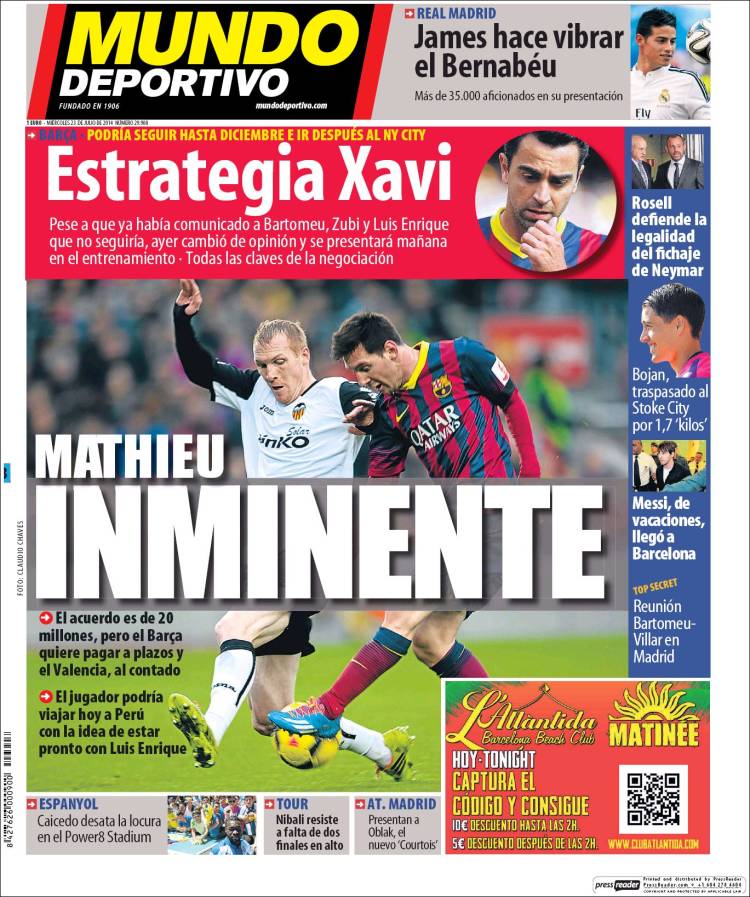 The agreement is for €20m, but Barca want to pay in instalments and Valencia want cash

More than 35,000 fans at his presentation

He could stay until December and after go to NY City

Despite what Bartomeu, Zubi and Luis Enrique had already communicated that he was leaving, yesterday he changed his mind and will be at training tomorrow

All the key aspects to the negotiation

Rosell defends the legality of the Neymar signing

Messi back from holiday, arrives at Barcelona

Meeting between Bartomeu and Villar in Madrid

Caicedo unleashes the madness at the Power8 Stadium