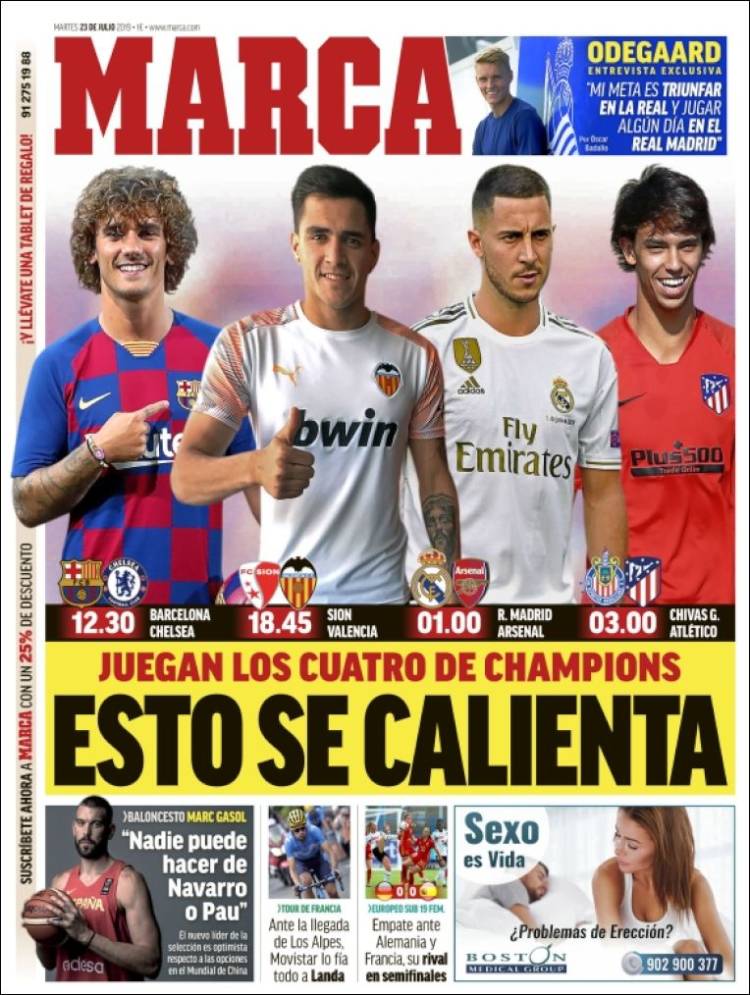 The four of the Champions League play

Odegaard: My goal is to triumph at Real Sociedad and play some day with Real Madrid 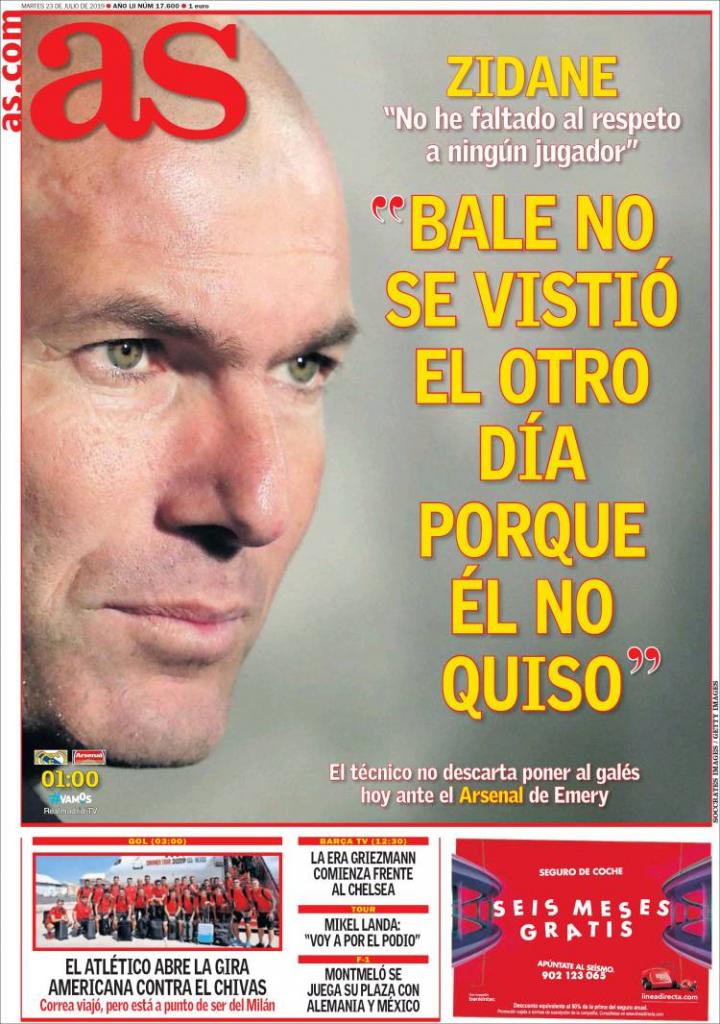 "Bale didn't play the other day because he didn't want to"

Atleti open US tour against Chivas - Correa to join Milan 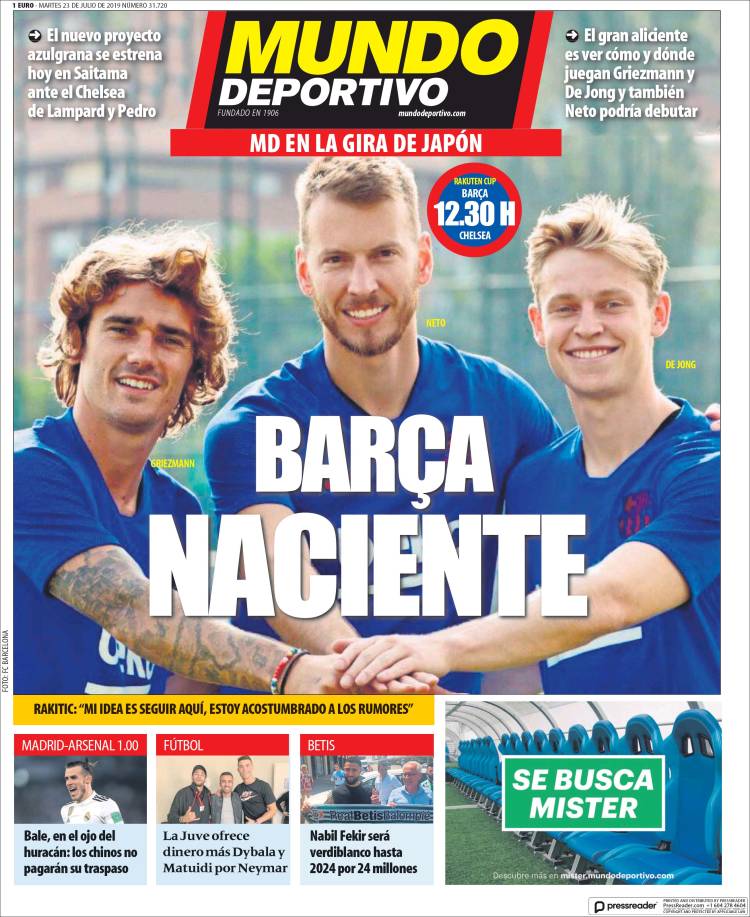 Rakitic: "My idea is to stay here, I'm used to the rumours"

Bale in the eye of the storm, Chinese clubs can't pay his fee

Juve offer money plus Matuidi and Dybala for Neymar

Nabil Fekir to Betis until 2024