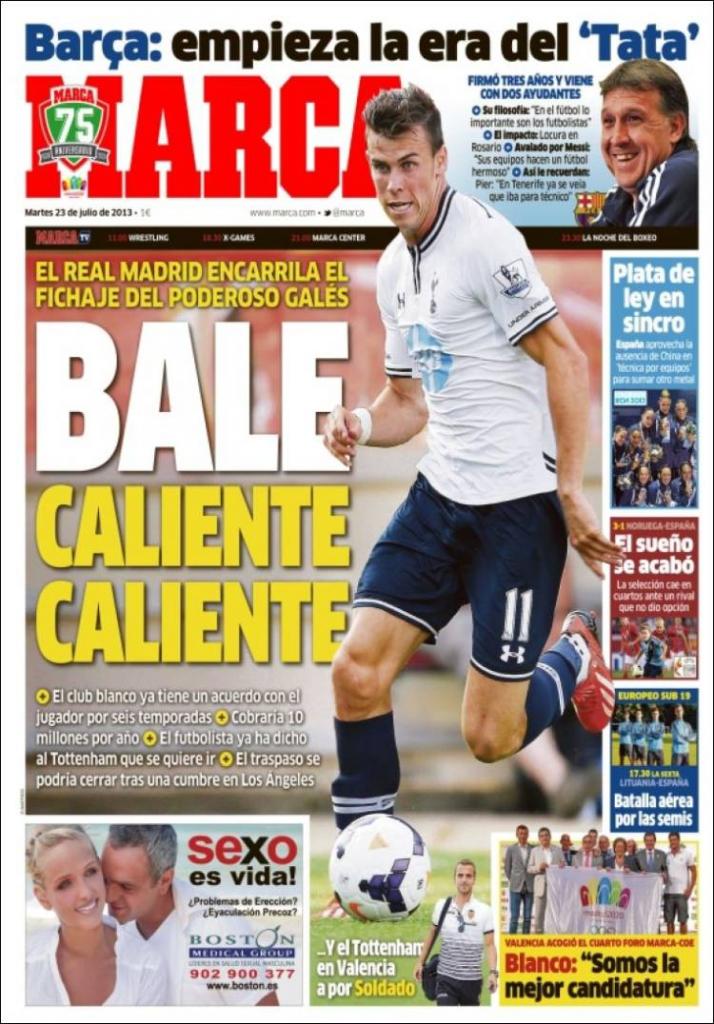 Bale is getting warmer

He would be paid €10 million per year

The footballer has already said the want to leave Tottenham

The transfer could be finalised in Los Angeles

He signs for three years and comes with two assistants

His philosophy: "In football the players are the most important"

A crazy impact in Rosario

Norway 3-1 Spain: The dream is over

Europe Under 19: Battle for a place in the semifinal

Blanco: "We are the best candidate" 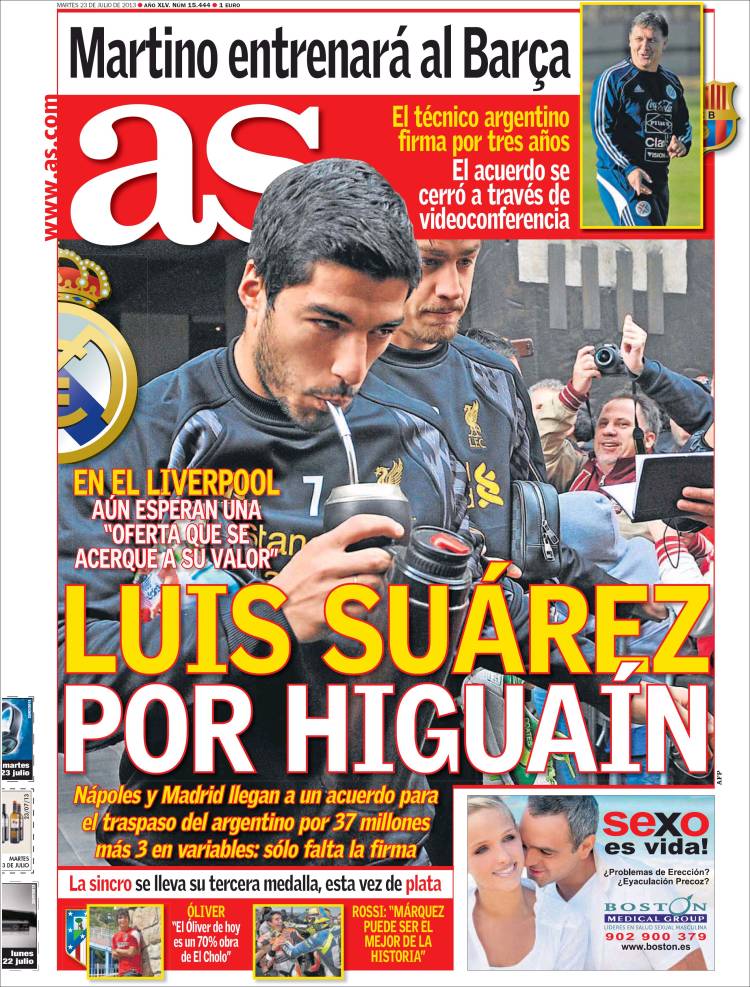 Liverpool are hoping for an "offer close to his value"

Napoli and Madrid have reached an agreement for the transfer of the Argentine for €37 million with €3 million more in bonuses: only Higuain's signature is missing

The agreement is reached over a video conference

Synchronized swimming team get the third medal for Spain, this time it is silver

Oliver: "The Oliver of today is 70% the work of El Cholo"

Rossi: "Marquez can be the best in history" 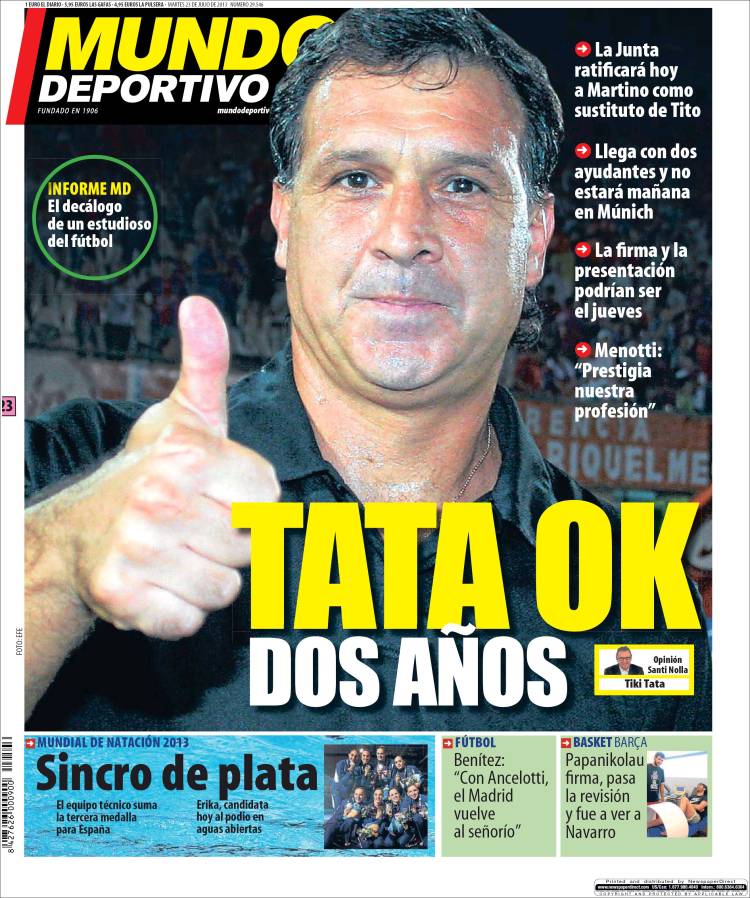 Tata in for two years

The board will today confirm Martino as Tito's replacement

The signing of the contract and presentation will be on Thursday

Menotti: "Our profession is prestigious"

The team get the third medal for Spain

Erika, a candidate to finish on the podium in the open pool

Football, Benitez: "With Ancelotti Madrid will get their identity back"

Basketball: Papanikolau signs and passes his medical and went to see Navarro