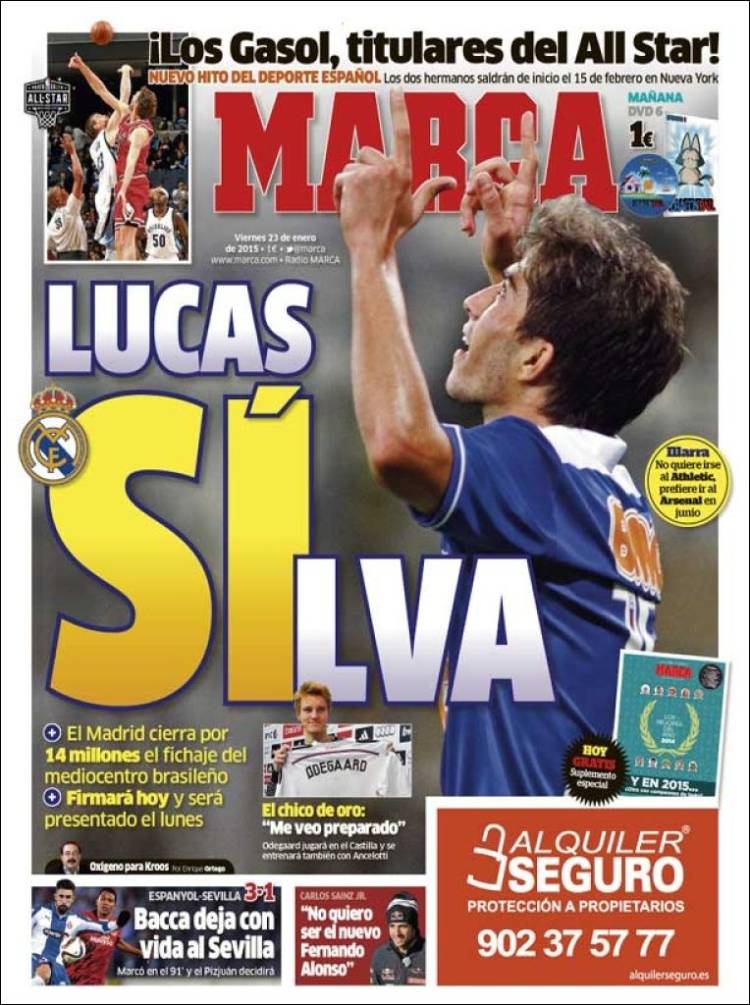 Madrid seal the €14m signing of the Brazilian central midfielder

He will sign today and be presented on Monday

The Golden Boy: “I’m ready”. Odegaard will play for Castilla and also train with Ancelotti

Illarra: He doesn’t want to go to Athletic, but prefers to go to Arsenal in June

Espanyol 3 Sevilla 1: Bacca keeps Sevilla alive. He scores in the 91st minute and it will be decided at the Pizjuan 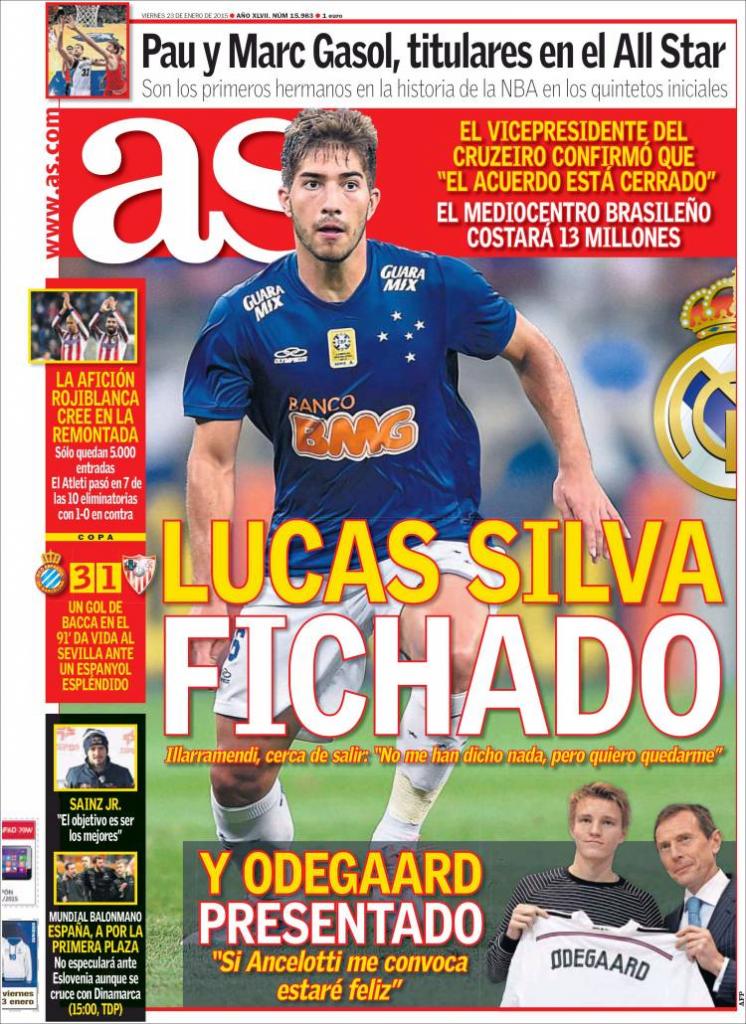 The Cruzeiro Vice-President confirms that “the agreement is closed”

Illarramendi, close to leaving: “Nobody has said anything to me, but I want to stay”

And Odegaard presented: “If Ancelotti calls me up I will be happy”

The Rojiblanco fans believe in the comeback 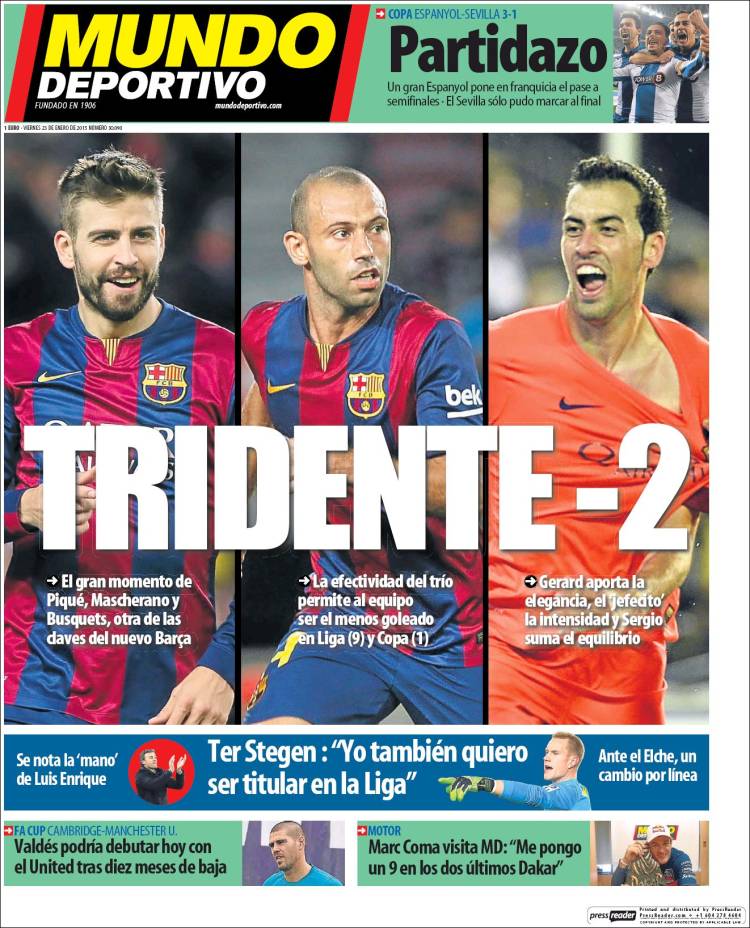 The great form shown by Pique, Mascherano and Busquets, another of the keys to the new Barca

Gerard brings elegance, the ‘little boss’ intensity, and Sergio adds to the balance

Ter Stegen: “I also want to be in the starting XI in La Liga”

Against Elche, a switch