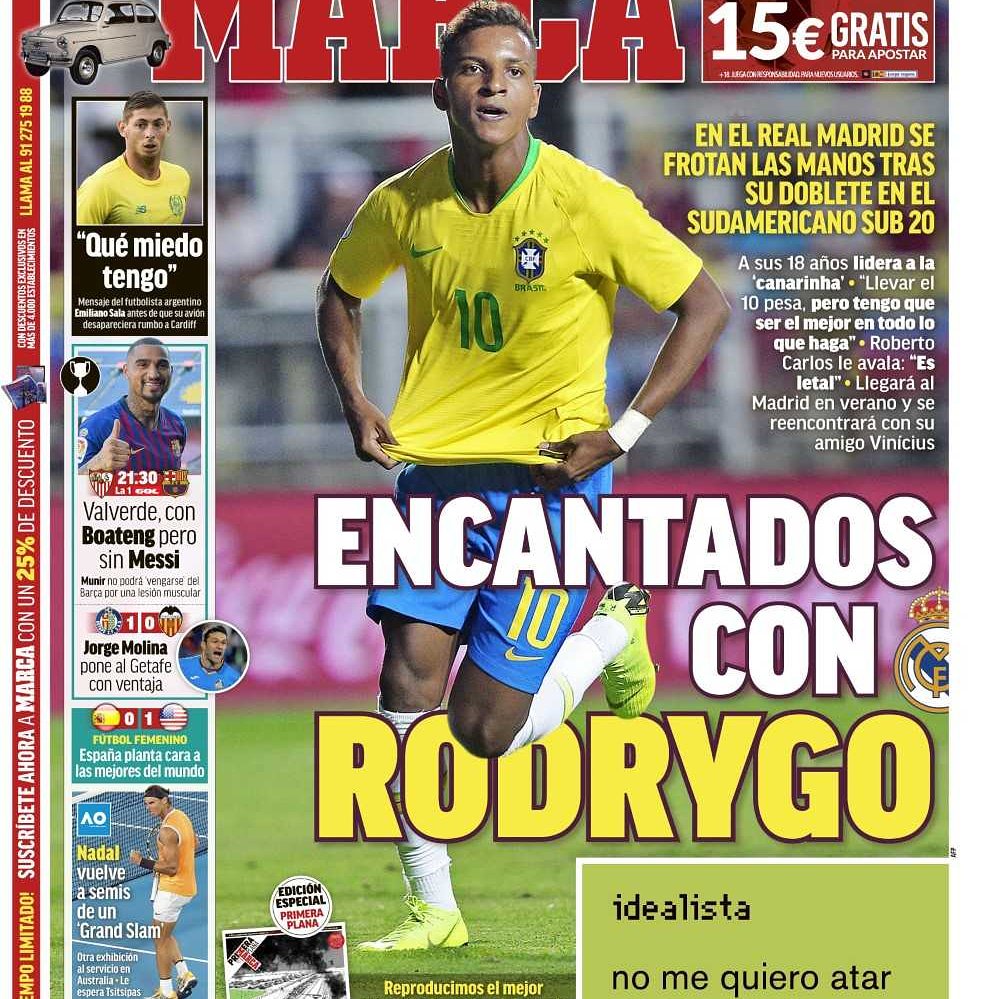 The 18-year-old led the Brazil side, Roberto Carlos calls him 'lethal', will join his friend Vinicius Junior at Madrid this summer

"I am so afraid" - Emiliano Sala's message

Valverde, with Boateng but without Messi - Munir not playing against Barca due to muscular injury 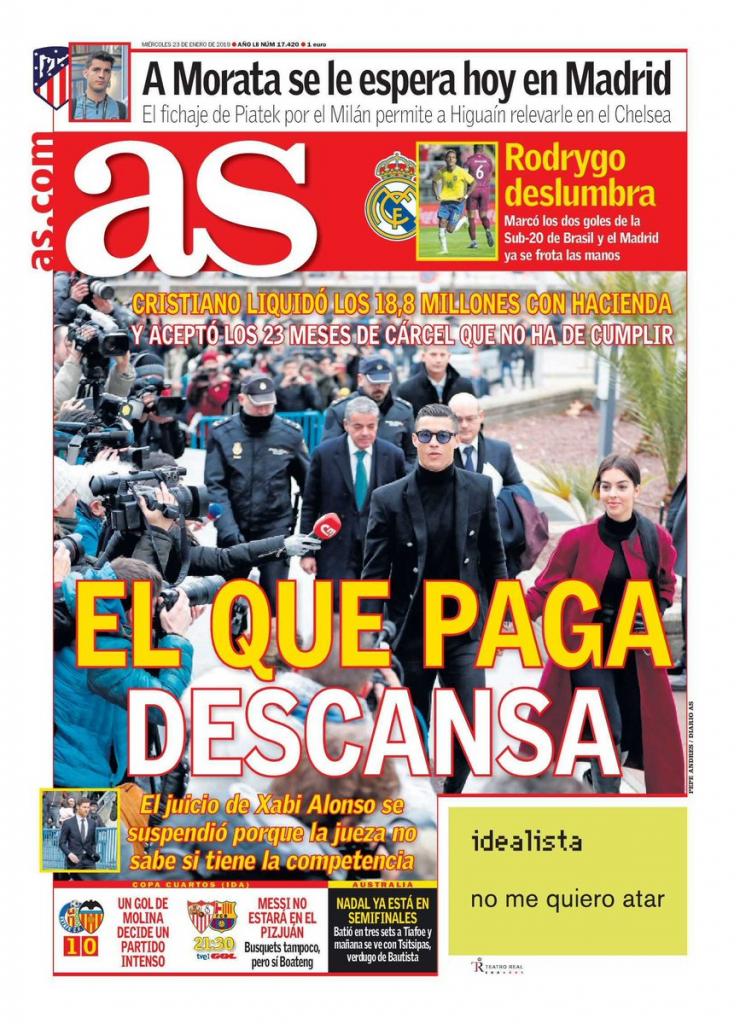 The one who pays, rests 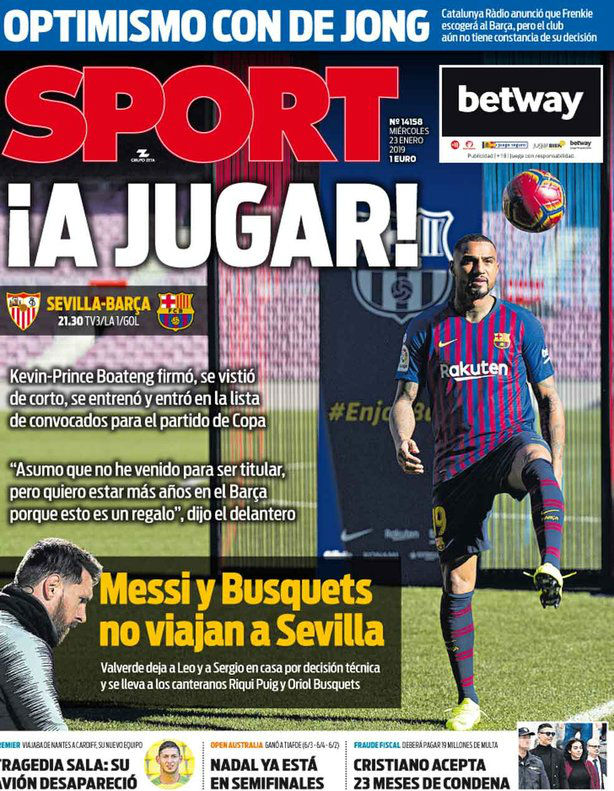 Kevin-Prince Boateng signs, trains and is on the list for the Copa game - "I assume I haven't come to be a starter but I want to play many years at Barca, this is a gift"