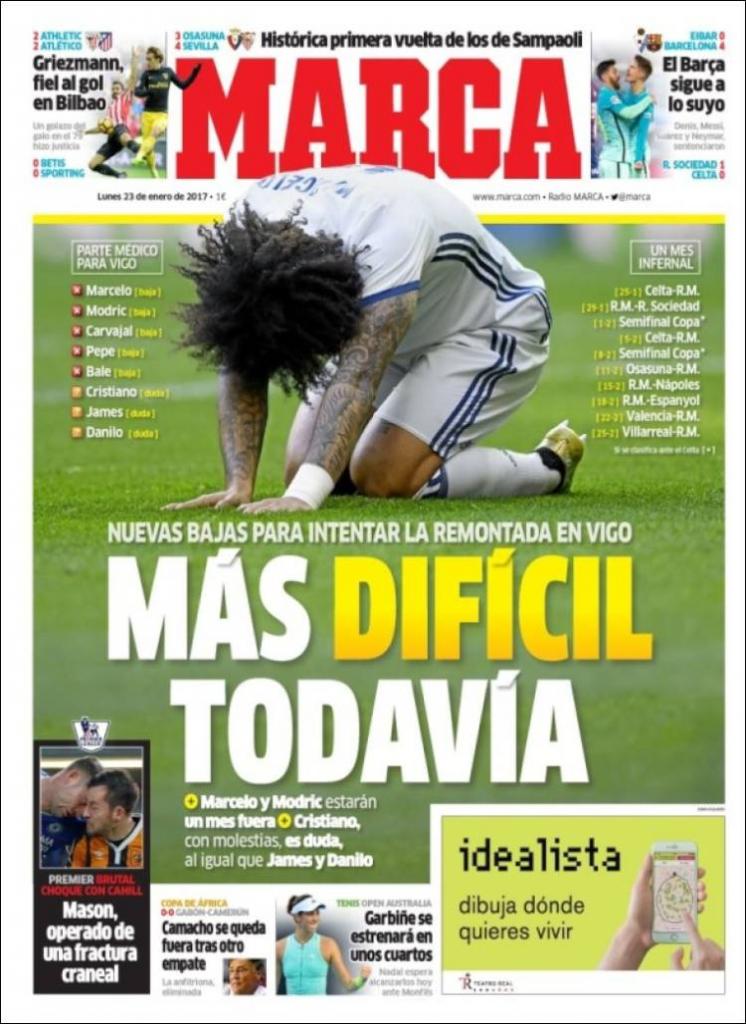 Marcelo and Luka Modric both facing a month out

Cristiano, with discomfort, is doubtful like Danilo and James

The hellish month that awaits the team...

Griezmann, faithful to Bilbao's goal - a great goal after another was unjustly ruled out

Historic first half of the season for Sampaoli's side

Mason operated on for a fractured skull after Cahill challenge

Camacho goes out after another draw 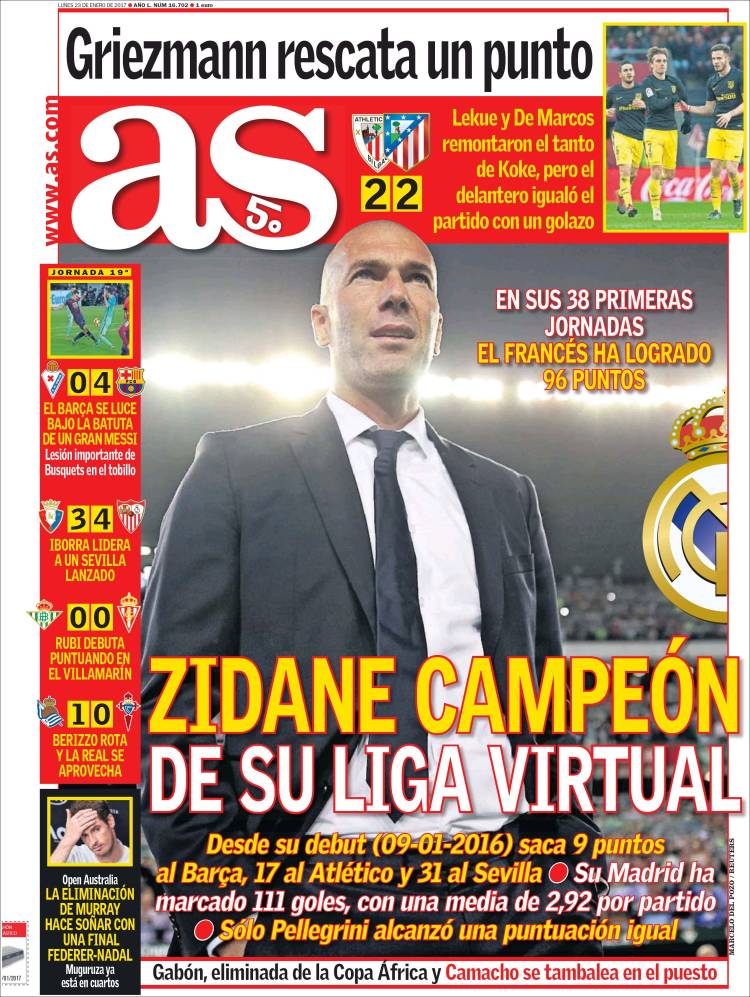 Zidane champion of a virtual league

Since his debut on 9th January 2016 he's gained 9 more points than Barcelona, 17 more than Atletico and 31 more than Sevilla

So far his side has scored 111 goals (2.92 per game) - only Pellegrini has equalled a similar scoring record at the club

Rubi debuts with a point at Benito Villamarin 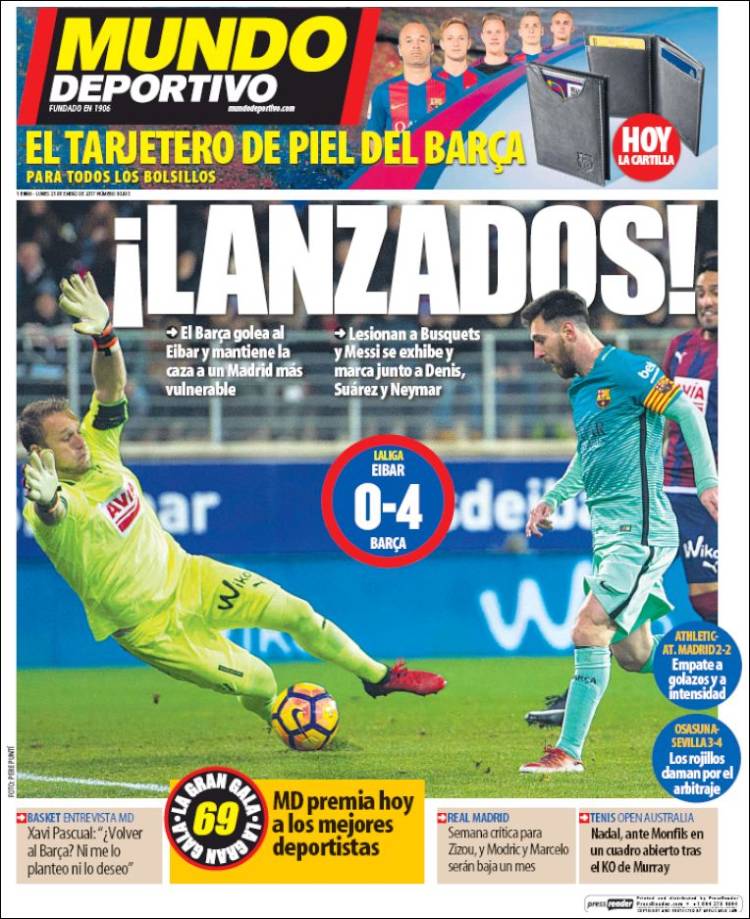 Busquets injury with a Messi masterclass with a goal along with D Suarez, Luis Suarez and Neymar