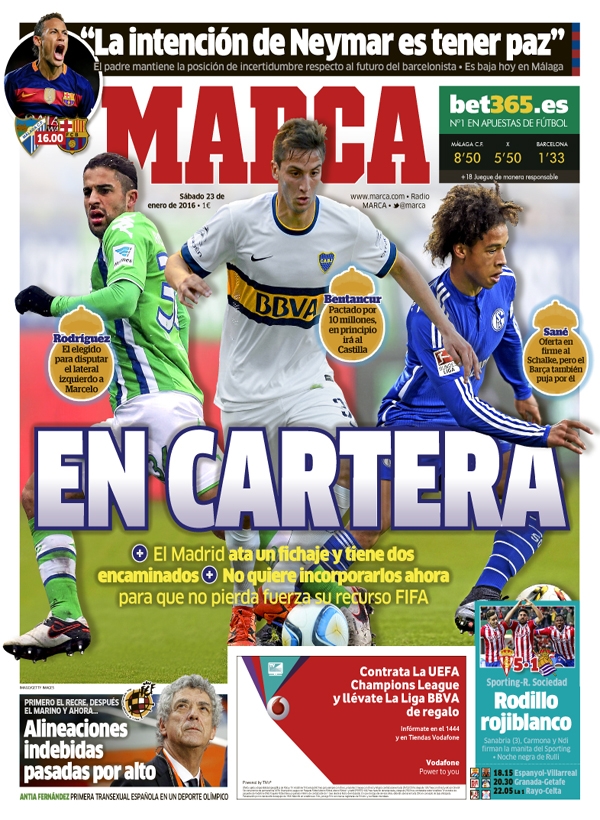 The player chosen to compete with Marcelo left-back

A €10m deal agreed in principle for him to join Castilla

A firm offer to Schalke, but Barca have also bid for him

Madrid tie up one signing and have two more lined up

“Neymar’s intention is to find peace”

He will not feature against Malaga today

First Recre, then Marino and now ... 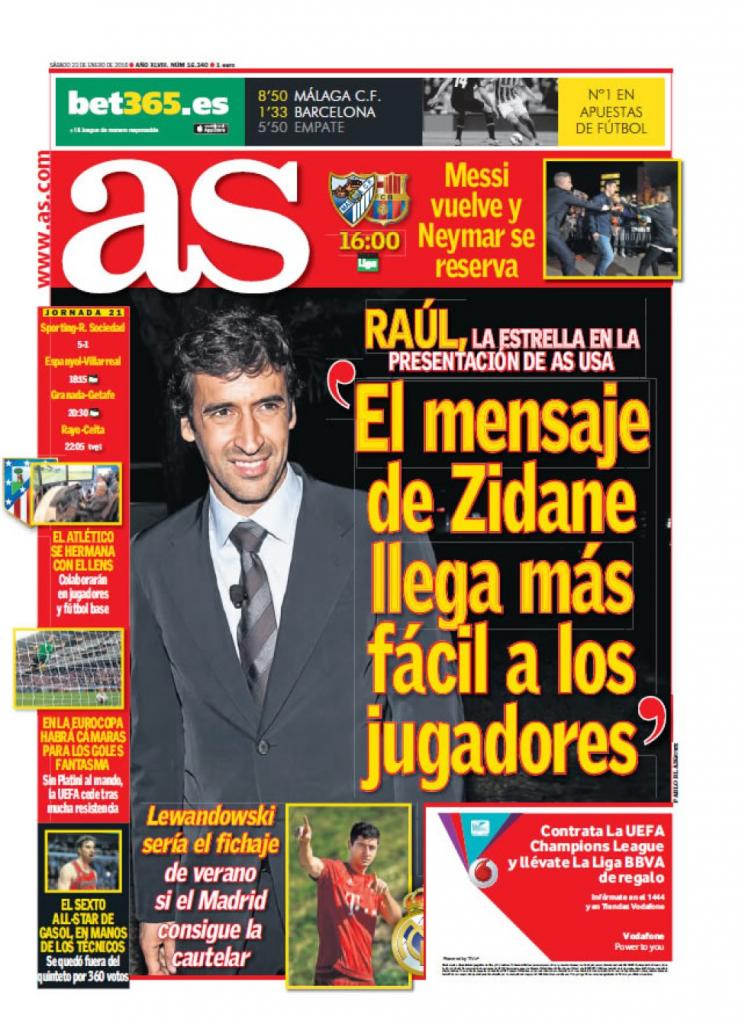 ‘Zidane’s message is easier for the players to understand’

Raul, the star in the presentation of AS USA

Messi returns as a substitute

Atletico are twinned with Lens

They will collaborate in youth football

There will be cameras for ghost goals at Euro 2016

Without Platini in charge, UEFA finally gives in 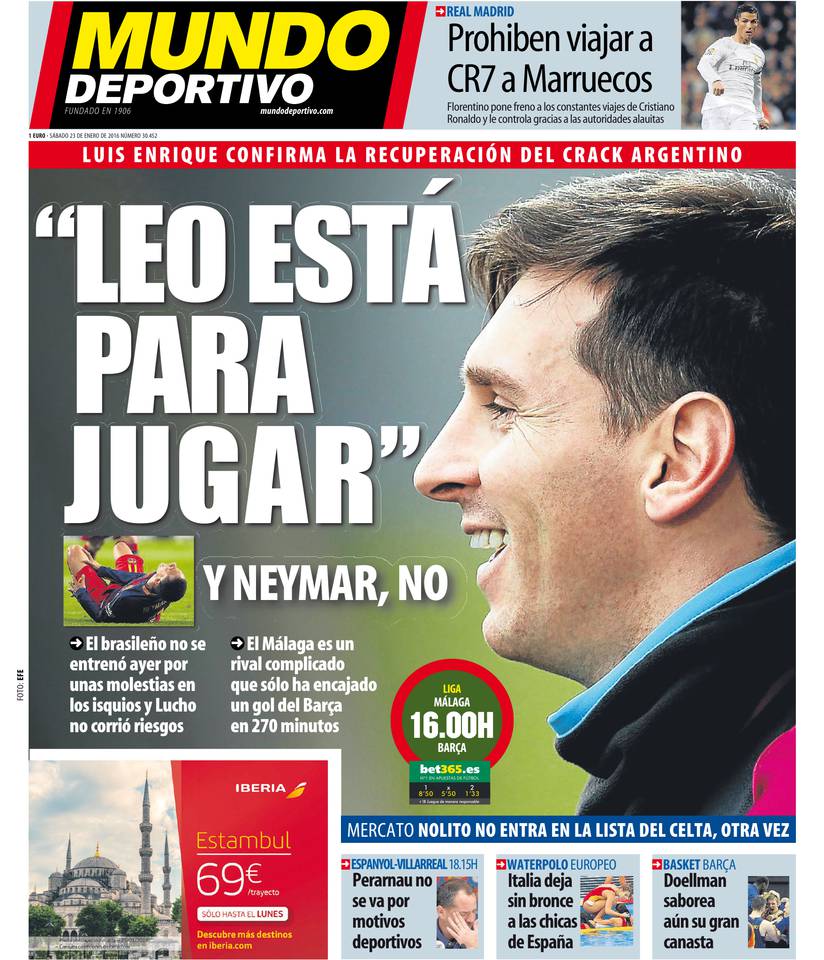 “Leo is here to play”

Nolito is again omitted by Celta

Perarnau did not leave on sporting grounds