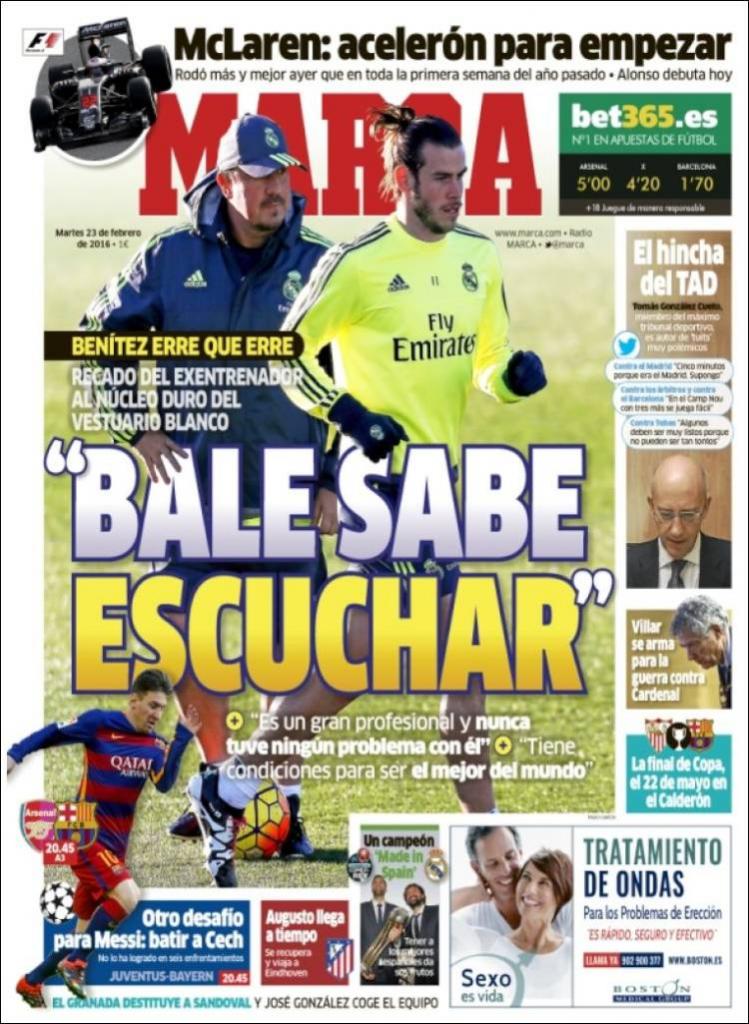 “Bale knows how to listen”

“He has the conditions to be the best in the world”

Another challenge for Messi: beat Cech

Villar is armed for the war against Cardenal

The Copa Final, May 22 at the Calderon 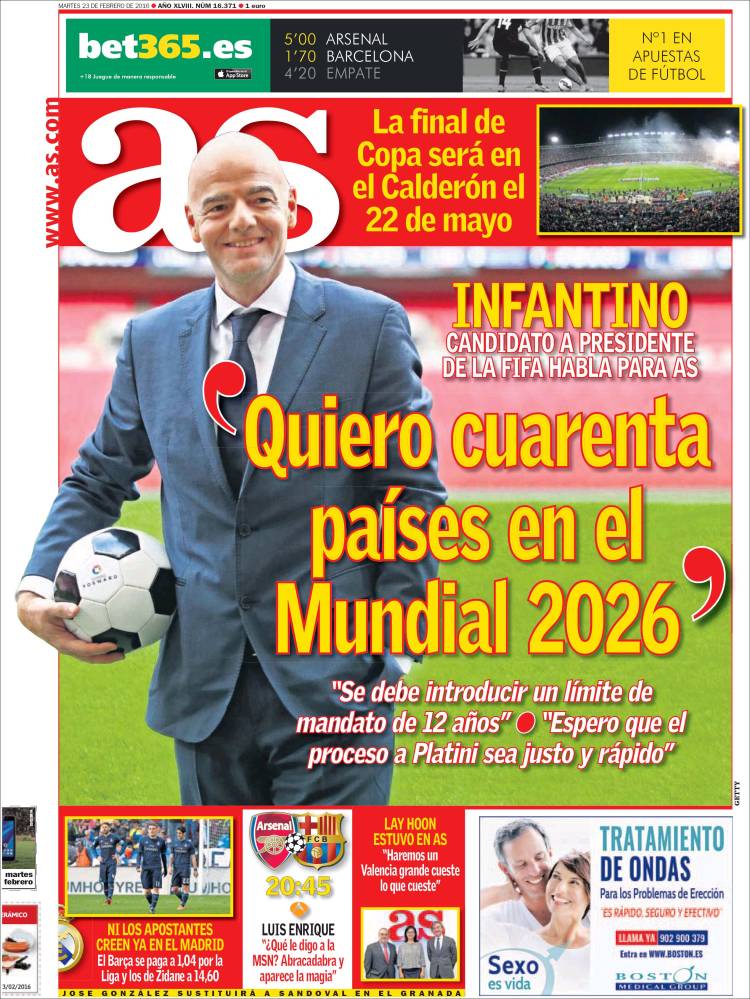 The Copa Final is at the Calderon on May 22

FIFA Presidential candidate talks to AS

“I hope the process for Platini is fair and quick”

Not even the bookmakers believe in Madrid

“What do I say to the MSN? Abracadabra and the magic appears”

“We will do whatever it takes for a great Valencia” 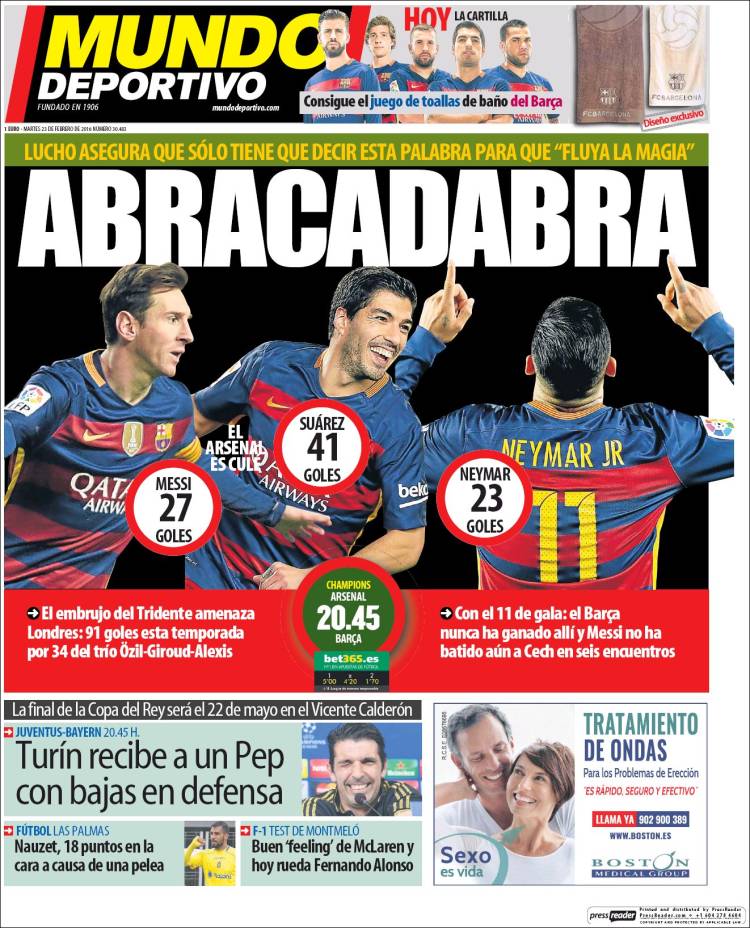 The trident’s spell threatens London: 91 goals this season to 34 for the trio of Ozil-Giroud-Alexis

With the gala XI: Barca have never won there and Messi hasn’t beaten Cech in six encounters

Turin receives a Pep without defenders

Nauzet, 18 stitches to his face because of a fight