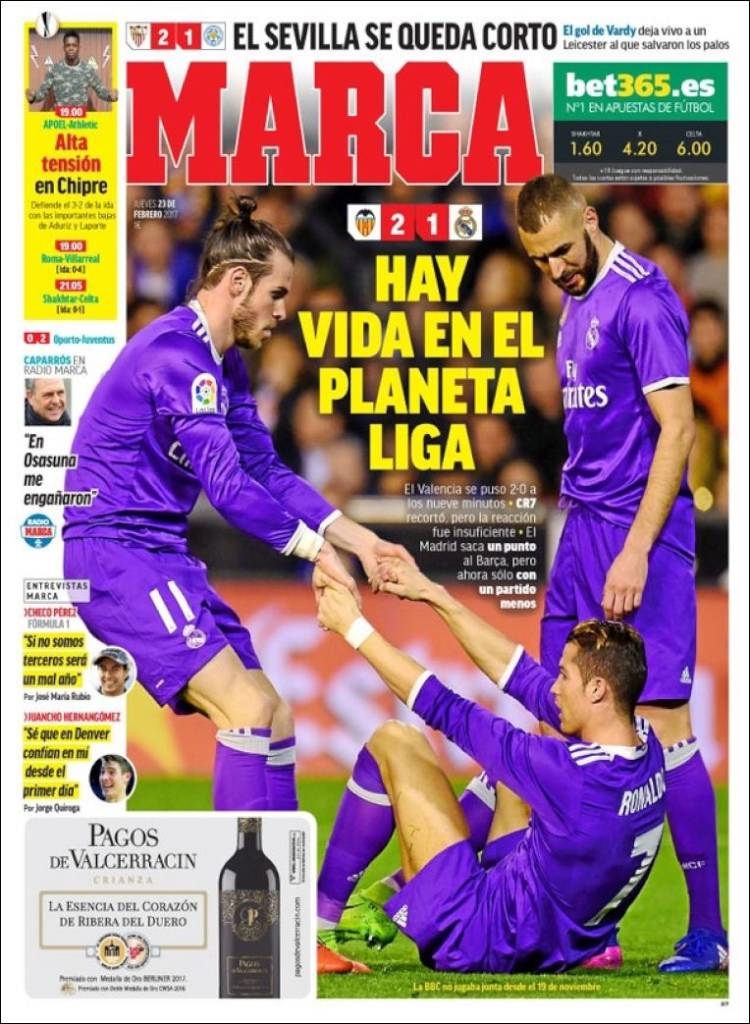 Valencia lead 2-0 in nine minutes, Ronaldo cut lead in half but the reaction was insufficient, Madrid still only lead by a point but have a game in hand 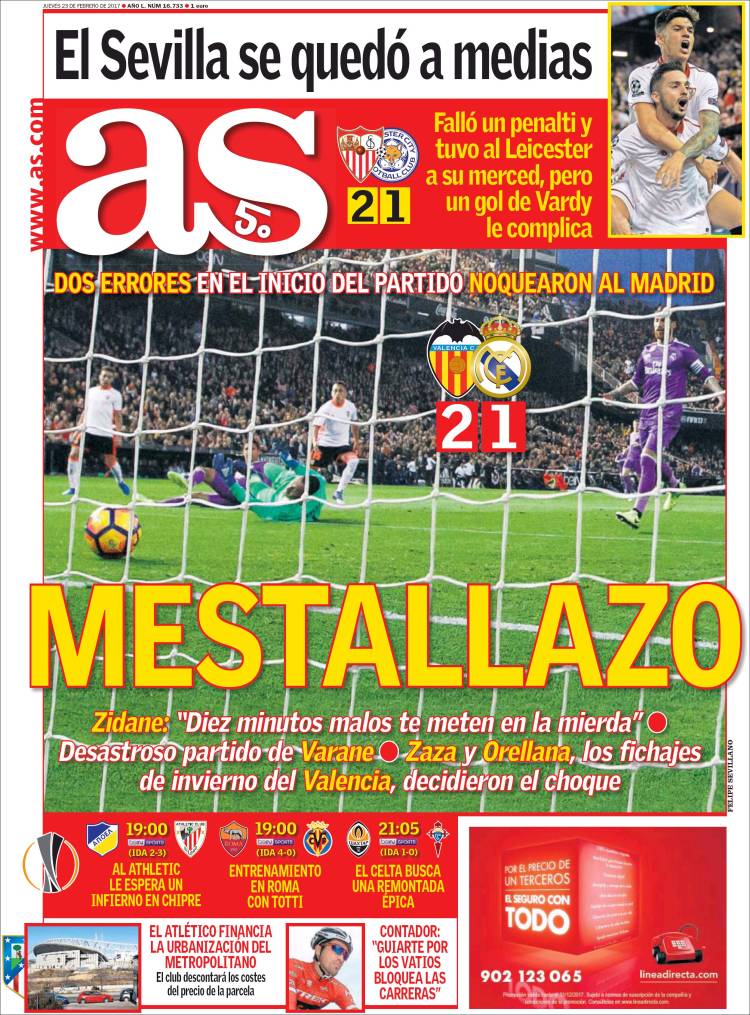 Athletic waits for an inferno in Chipre, training with Totti in Rome, Celta search for an epic comeback 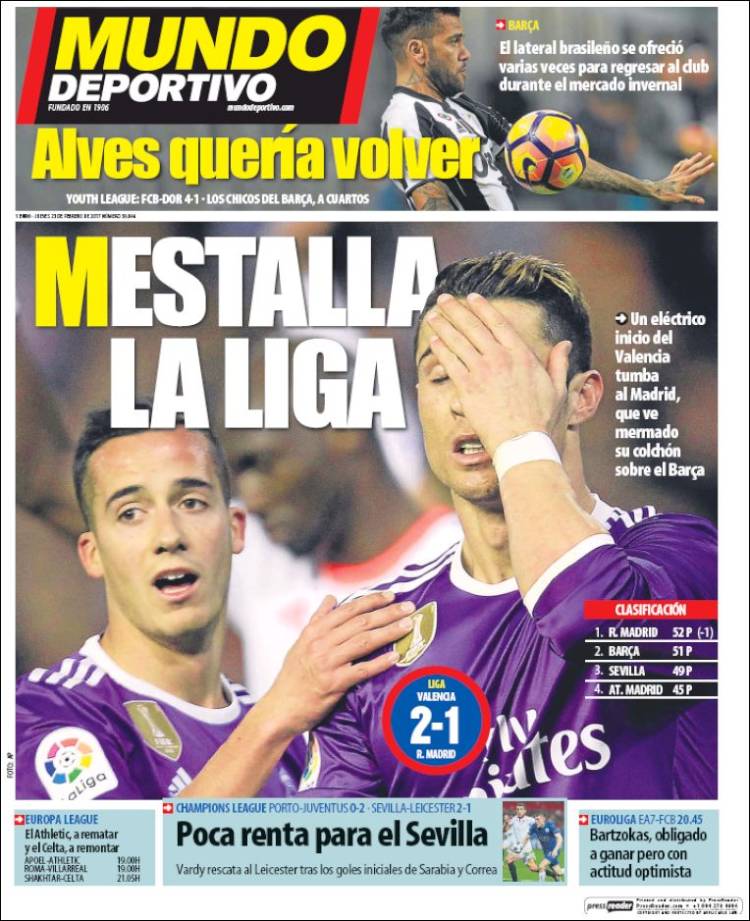 Youth League - Barca 4-1 Dortmund - through to the quarters