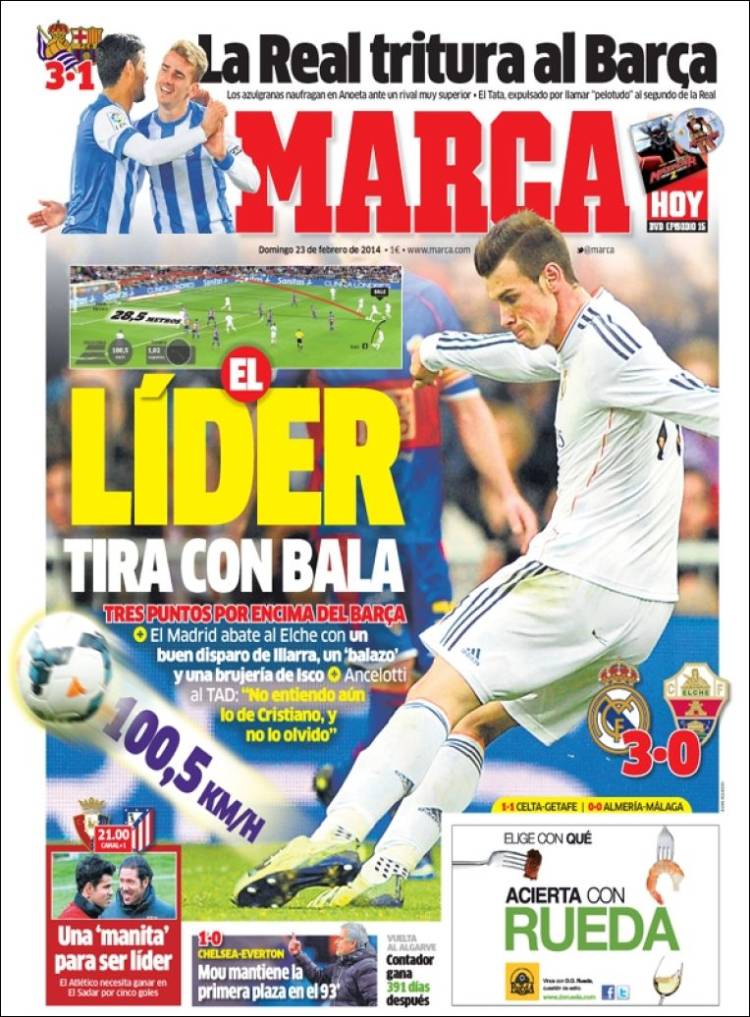 The leaders shoot to the top with a bullet

Three points ahead of Barca

Madrid beat Elche with a great goal from Illarra, a bullet and a magical goal from Isco

Ancelotti: "I do not understand what happened with the Cristiano problem, and I will not forget it"

Los Azulgranas founder at the Anoeta against a superior rival

Mou's side keep top spot thanks to a late goal

A little hand to be the leader 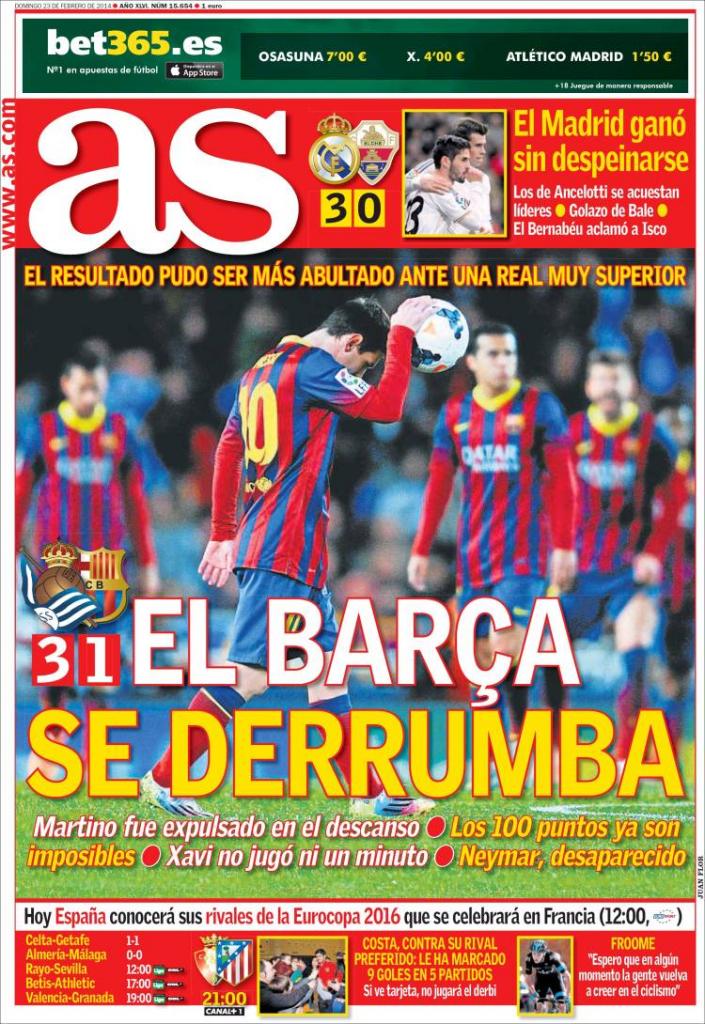 Martino was sent off at the break

Xavi did not play not even one minute

Costa, against his preferred opposition: He has scored 9 goals in 5 games

If he gets a caution, he will miss the derby

Froome: "I hope that at some moment people will return to believing in cycling" 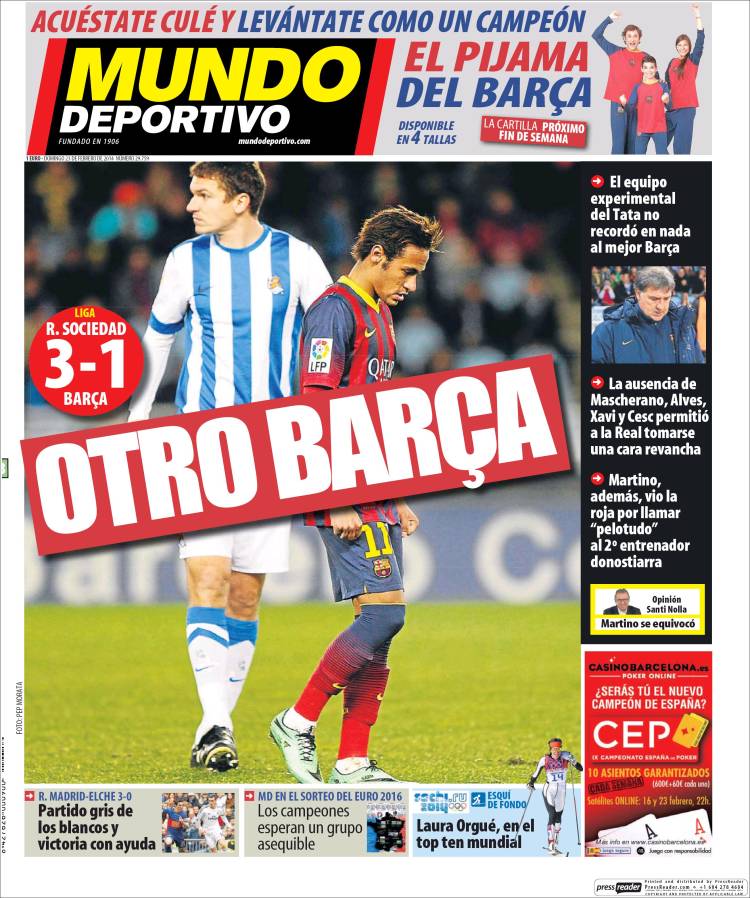