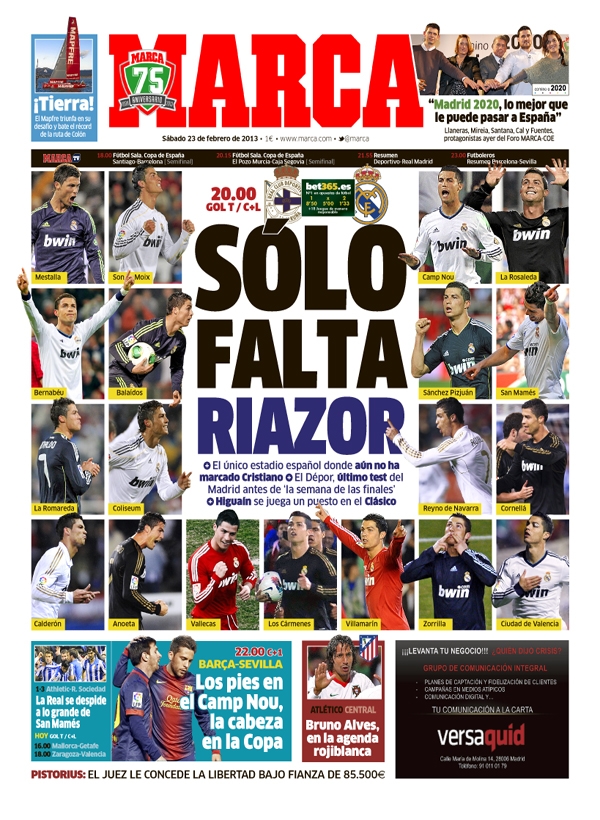 Only missing the Riazor
Riazor is the only stadium Ronaldo has not scored
Depor is the last test for Real before 'the week of finals'
Higuain plays in the clasico
"Madrid 2020, the best that can happen in Spain"
La Real leave San Mames victorious
Barca play at the Camp Nou against Sevilla but their minds are on the Copa del Rey
Bruno Alves on the Rojiblancos list 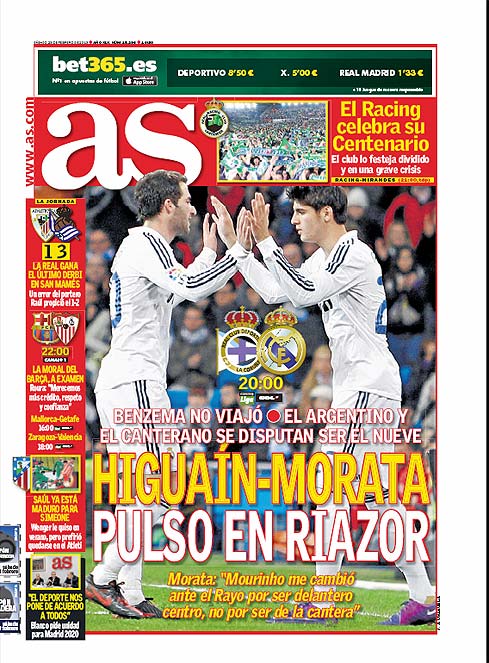 Higuain and Morata - ready for Riazor Benzema does not travel; the Argentine and the Canterano battle for the number 9 Morata: "Mourinho substituted me against Rayo not because I am a cantera player, but, because I was playing forward" Athletic 1-3 Real Sociedad: Real win the last derby at San Mames An error from Raul made it 1-2 The morale of Barca to be tested Roura: "We merit more credit, respect and confidence" Atletico: Saul already is mature enough for Simeone Wenger wanted him in summer but he preferred to stay with Madrid "The sport we can all agree on" 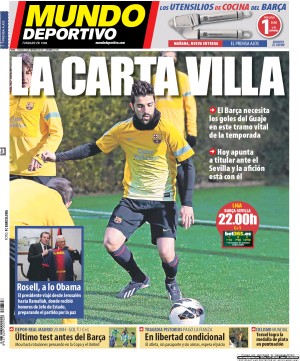 Villa the trump card
Barca need goals from El Guaje in this critical stage of the season
Today he will play against Sevilla
The last test for Real Madrid before Barcelona
Pistorius: Conditional freedom
The Athlete, without a passport or weapons, waits for the judge