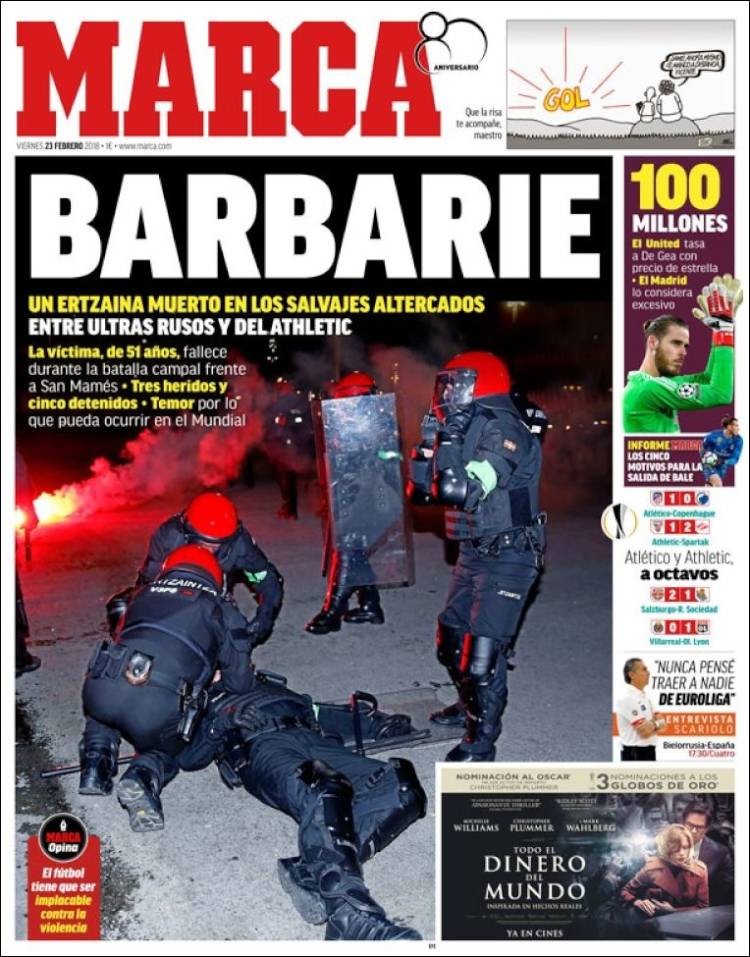 Athletic and Atletico through to last 16 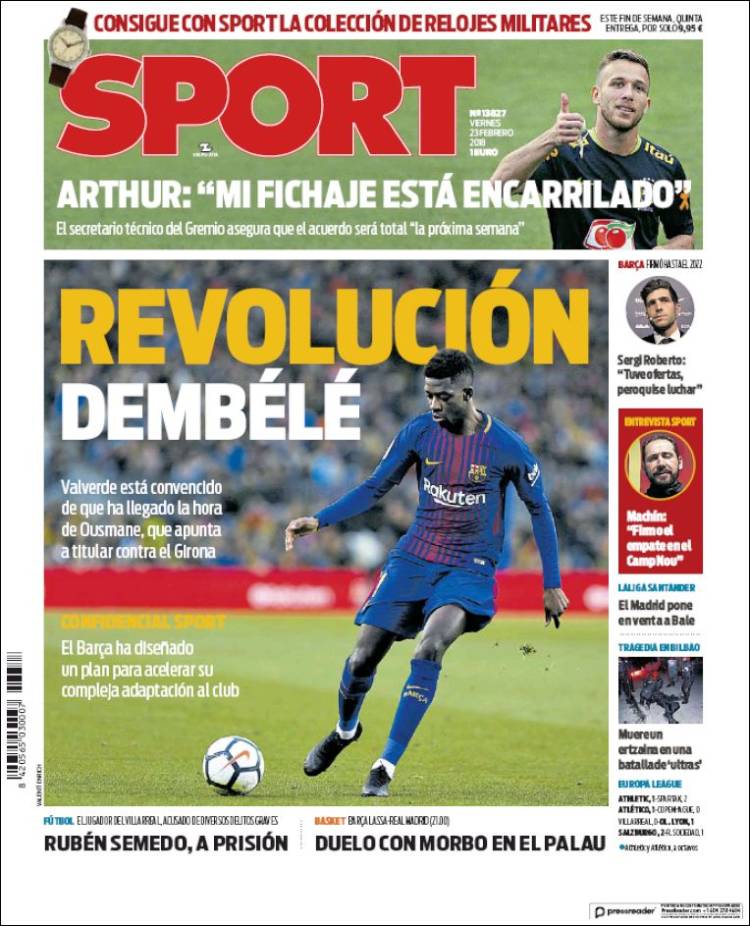 Valverde convinced it's Ousmane's time, can start against Girona

Arthur: My signing is on track

Sergi Roberto: "I had offers, but I wanted to fight"

Machin: I want a draw in the Camp Nou 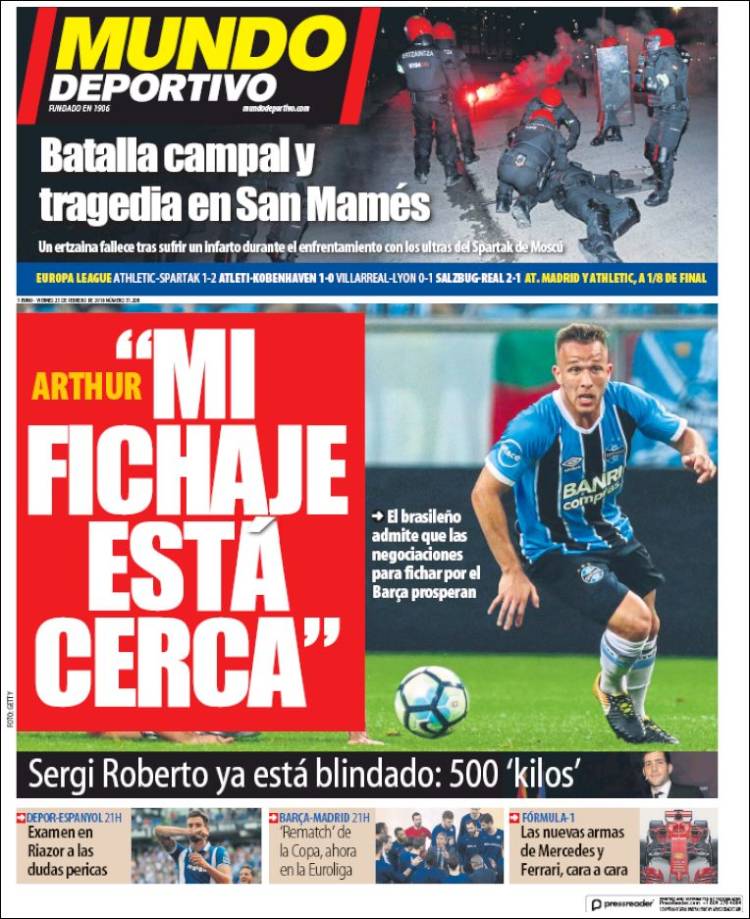 "My signing is close" - Arthur

Brazilian in negotiations with Barca

Test at the Riazor for Espanyol