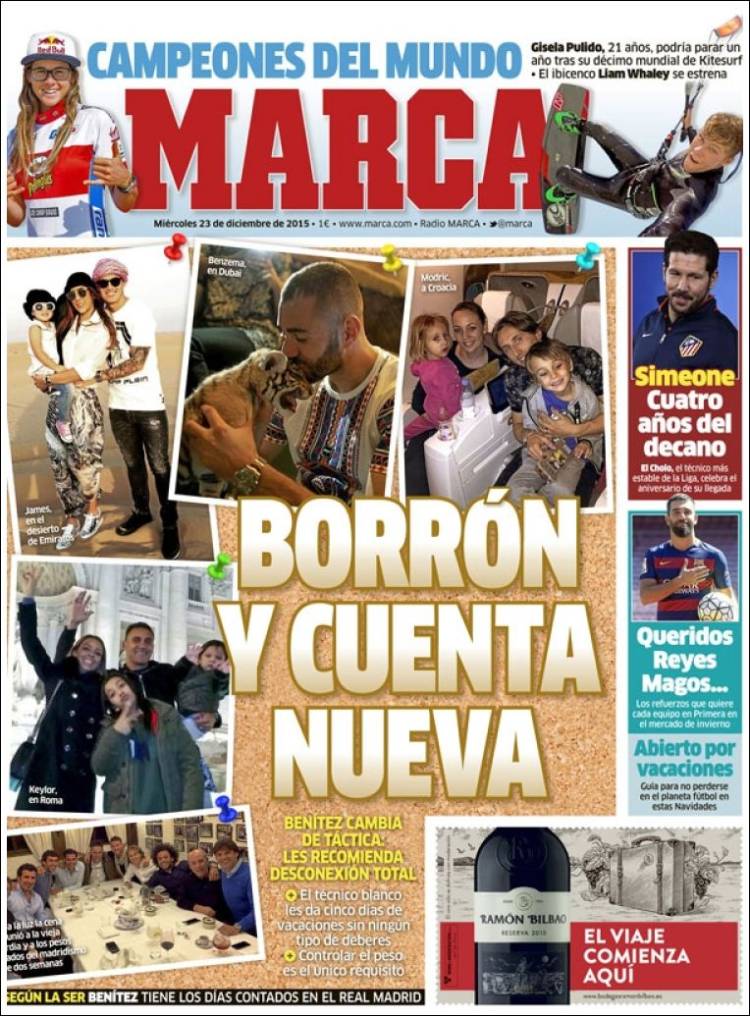 Weight control is the only requirement

According to La Ser Benitez has days at Real Madrid

Four years of the dean

Cholo, the most stable Coach in La Liga, celebrates the fourth anniversary of his arrival

Open for the holidays

Gluttony not to miss on planet football this Christmas 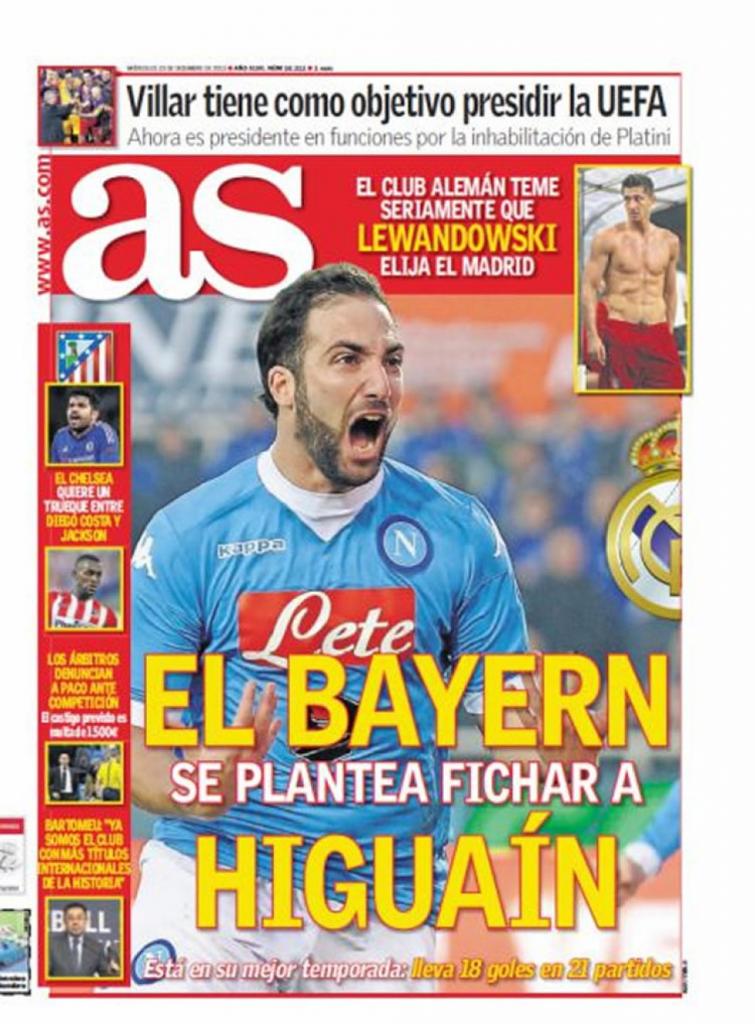 The Germans are seriously afraid Lewandowski will choose Madrid

Villar aims to preside over UEFA

He is now President at functions for the ban of Platini

Chelsea want a deal between Diego Costa and Jackson

The referees denounce Paco to the Competition Committee

Bartomeu: “We’re already the club with the most international trophies” 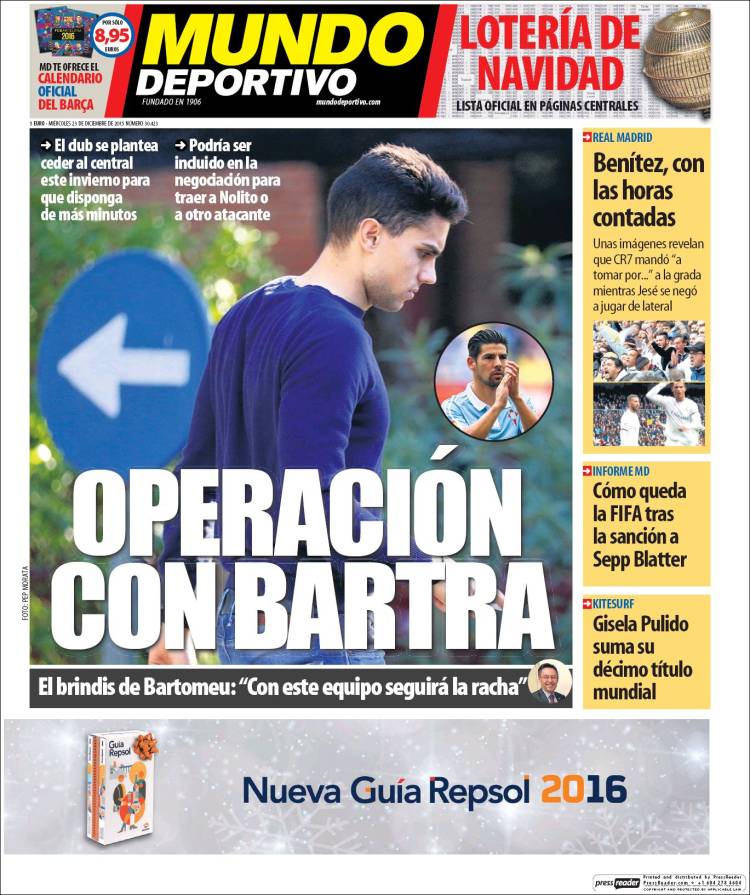 Benitez, with the hours counted

How FIFA is left after Sepp Blatter’s sanction