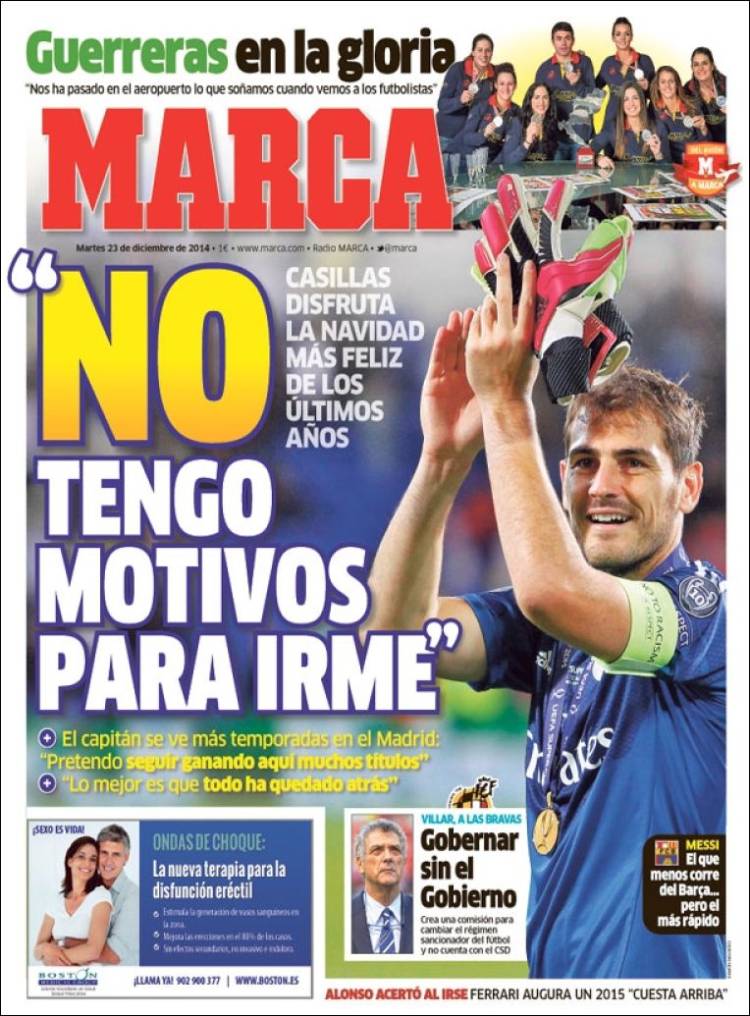 “I have no reason to leave”

Casillas enjoys his happiest Christmas of the last few years

The captain sees himself at Madrid a few more seasons

“I hope to continue winning a lot more trophies here”

“The best is that everything is now behind me”

Messi, the one that runs less at Barca...but quickest

Governor without a government 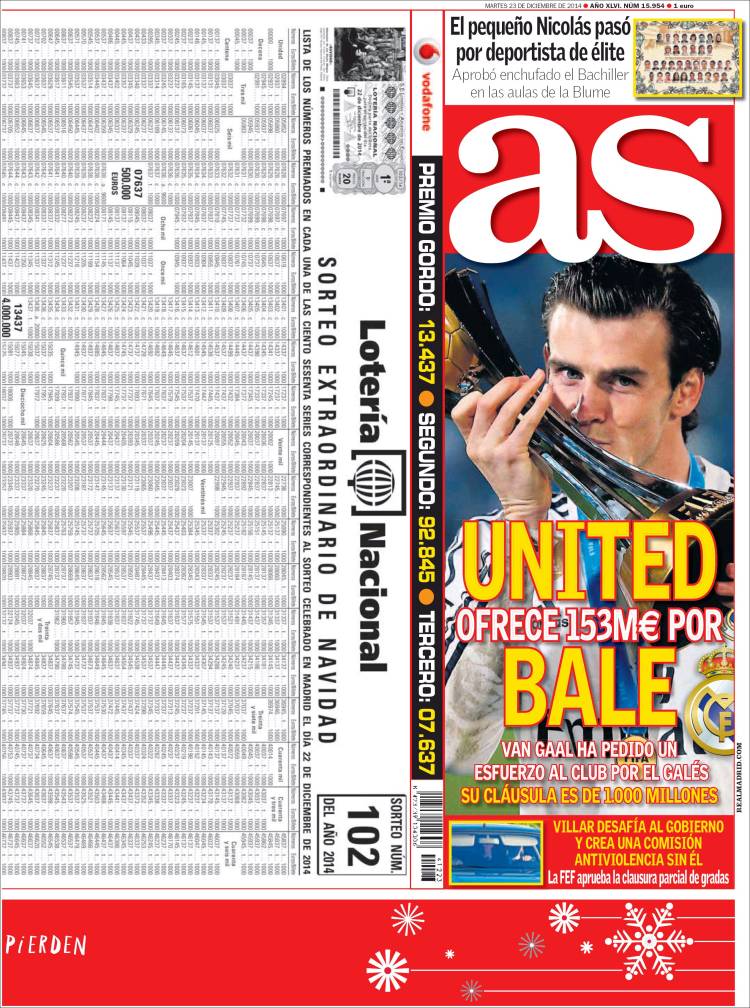 The FEF approve the partial closure of stands 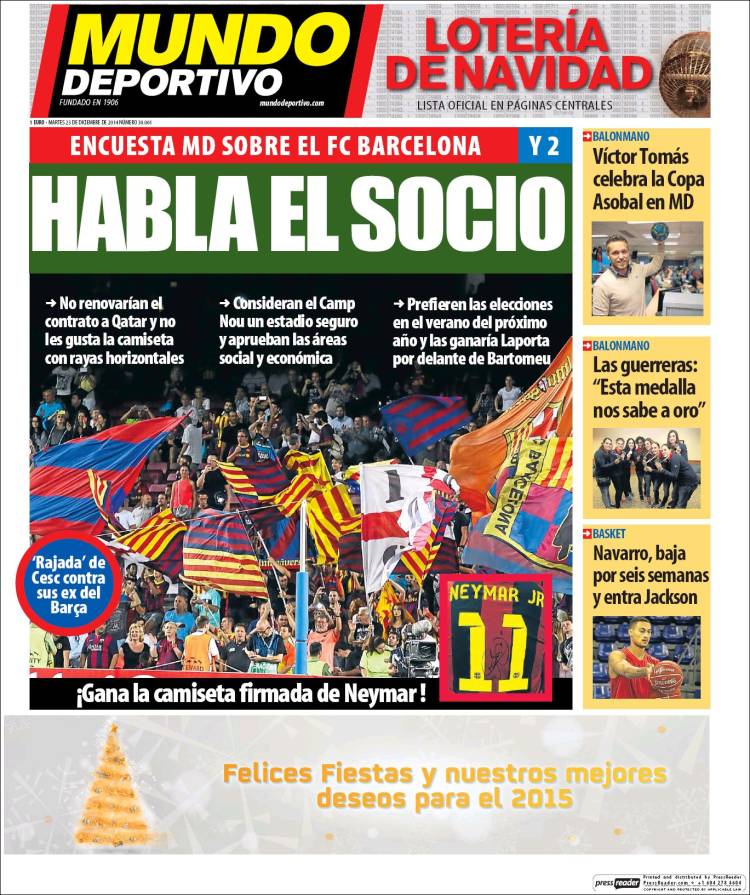