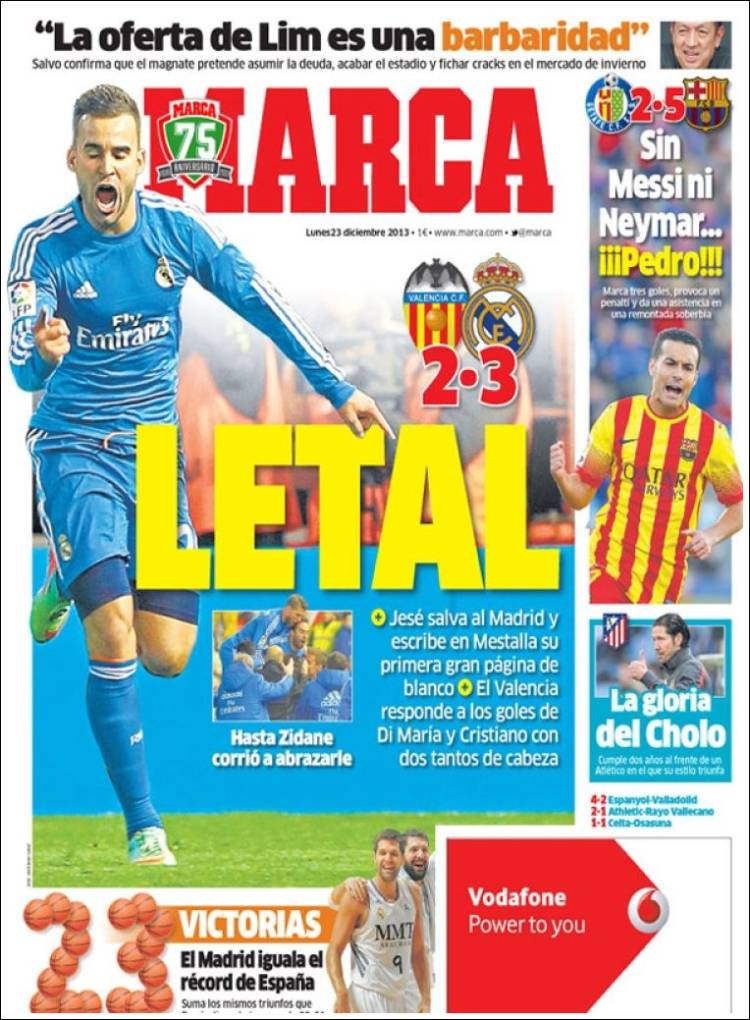 Zidane rushing over to hug him

He scores three times, earned a penalty and provided the assist to complete a superb comeback

Cholo's glory: He has completed two years at the club leading an Atletico who now espouse his style

"Lim's offer is barbarous," Salva confirms that the magnate intends to clear the club's debt, finish the stadium and sign some big players in the January transfer window 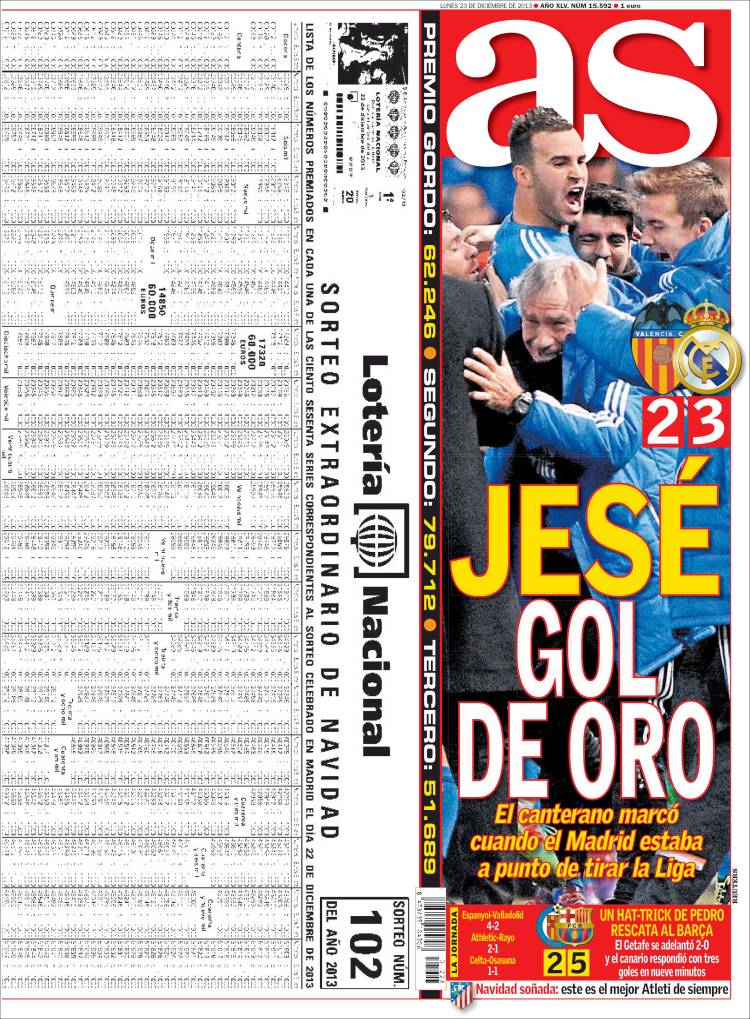 A hat-trick for Pedro rescues Barca

Christmas jingles: This is the best Atletico ever 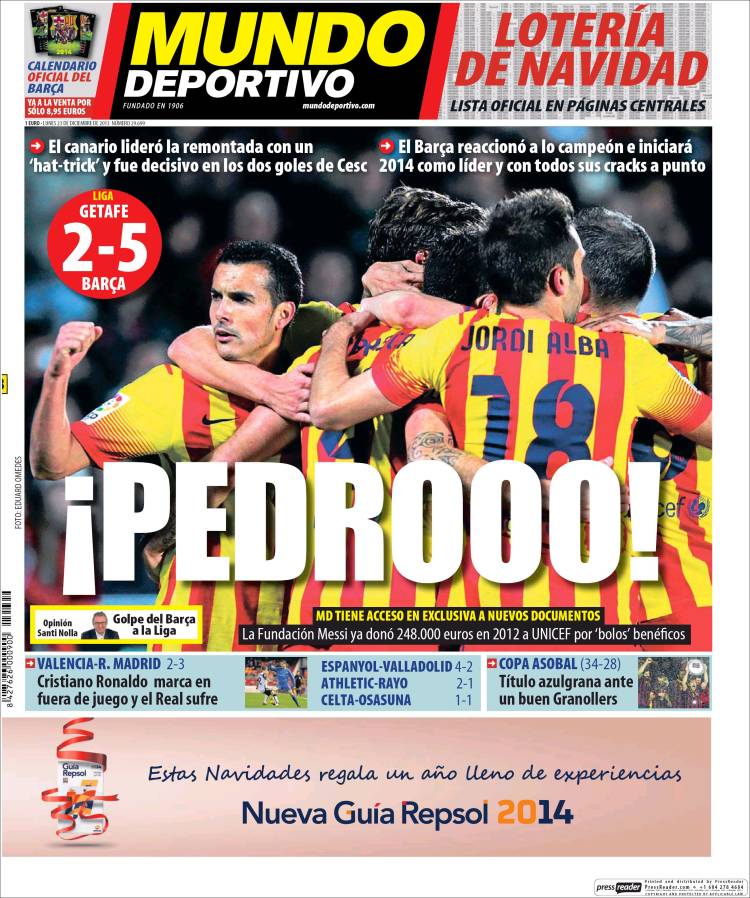