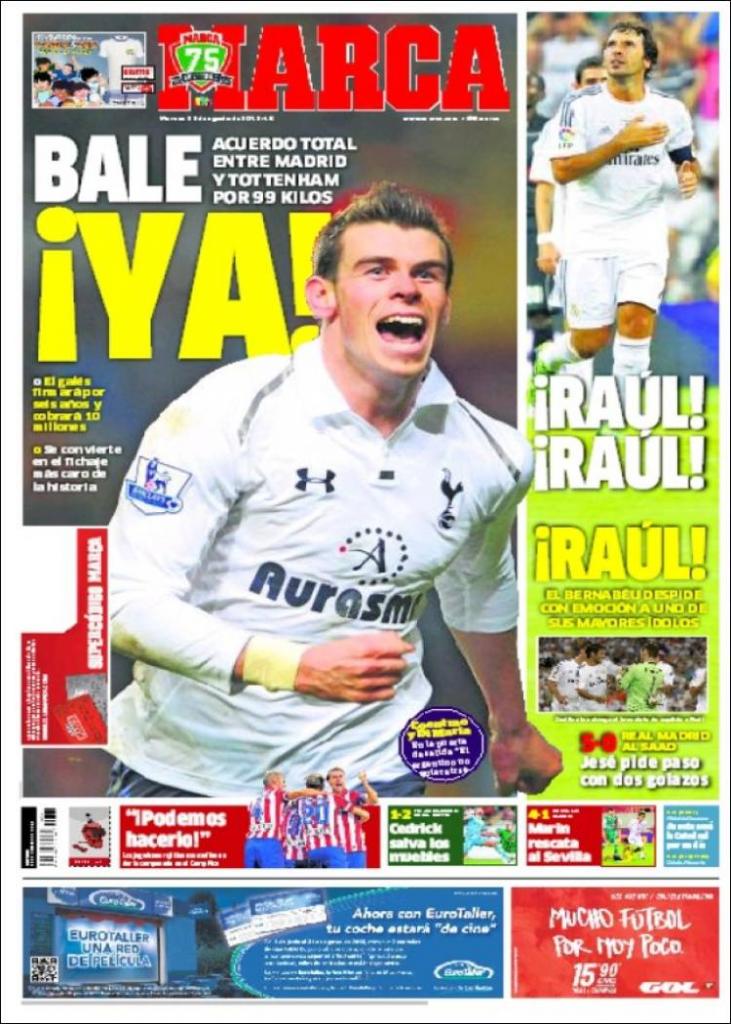 Deal between Madrid and Tottenham done for €99 million

He will become the most expensive signing in history

"We can do it," Atletico believe they can overcome Barcelona

Cedrick the saviour for Betis 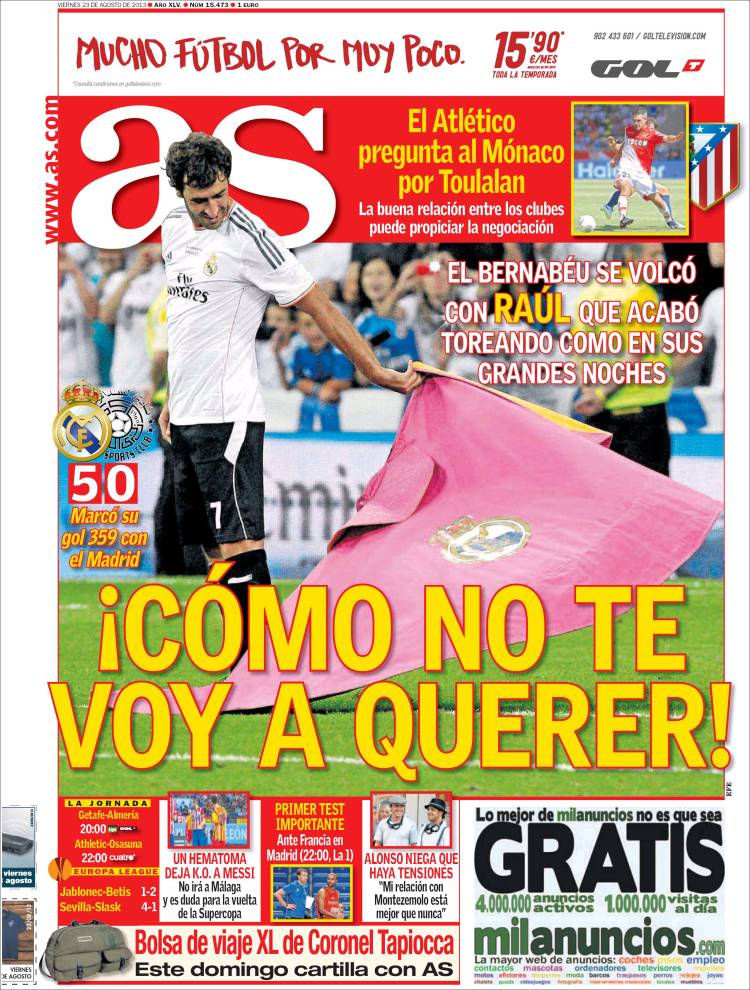 He scores his 359th goal for Madrid

The great relation between the two clubs makes it possible

The first important test: Against France in Madrid

Alonso denies there are tensions: "My relationship with Montezemolo is better than ever" 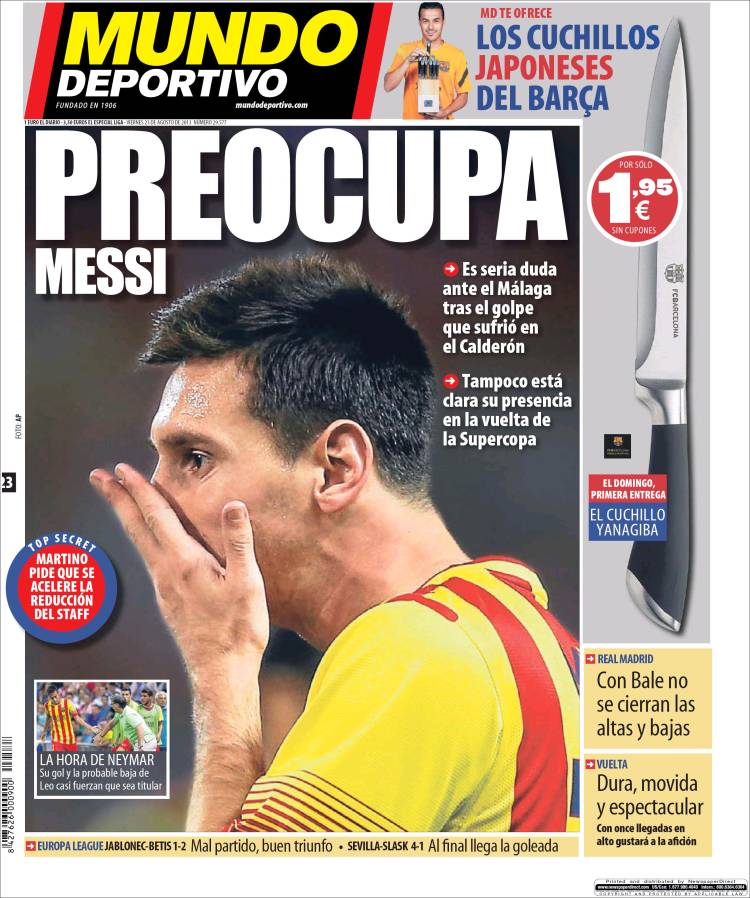 Martino asks that the reducing of his staff is accelerated

The hour of Neymar

Real Madrid: Bale deal to be closed out today