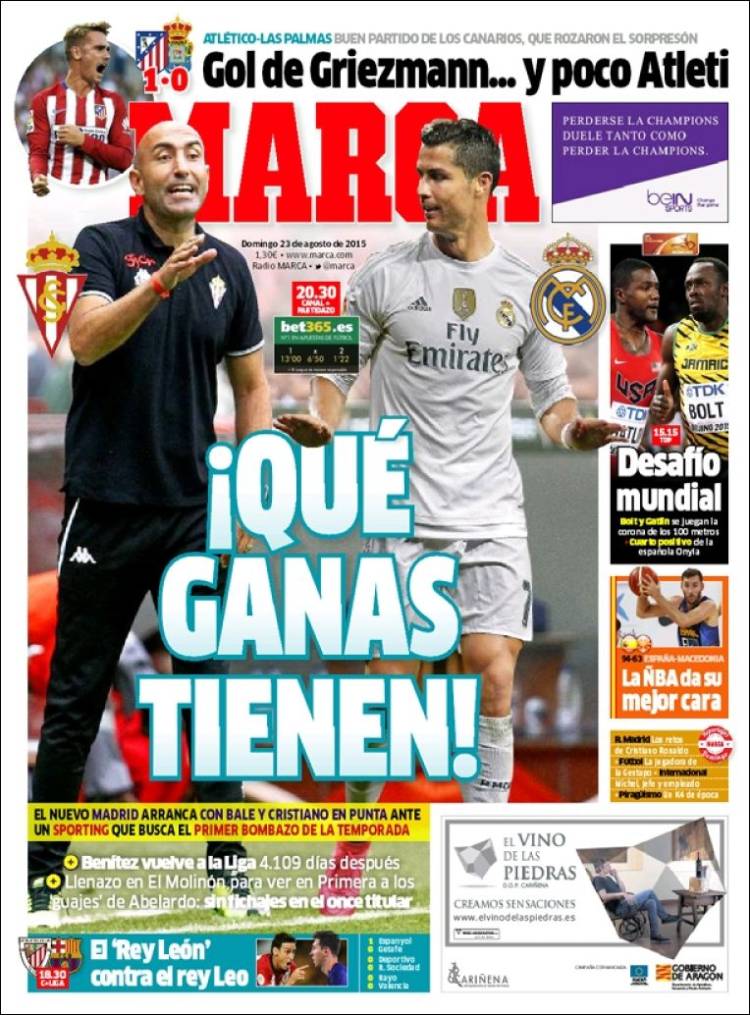 Do what you want!

Full house expected at El Molinon to see Abelardo's 'guajes'; no new signings in his XI

The Lion King against King Leo

Good match from Los Canarios, who almost staged the surprise 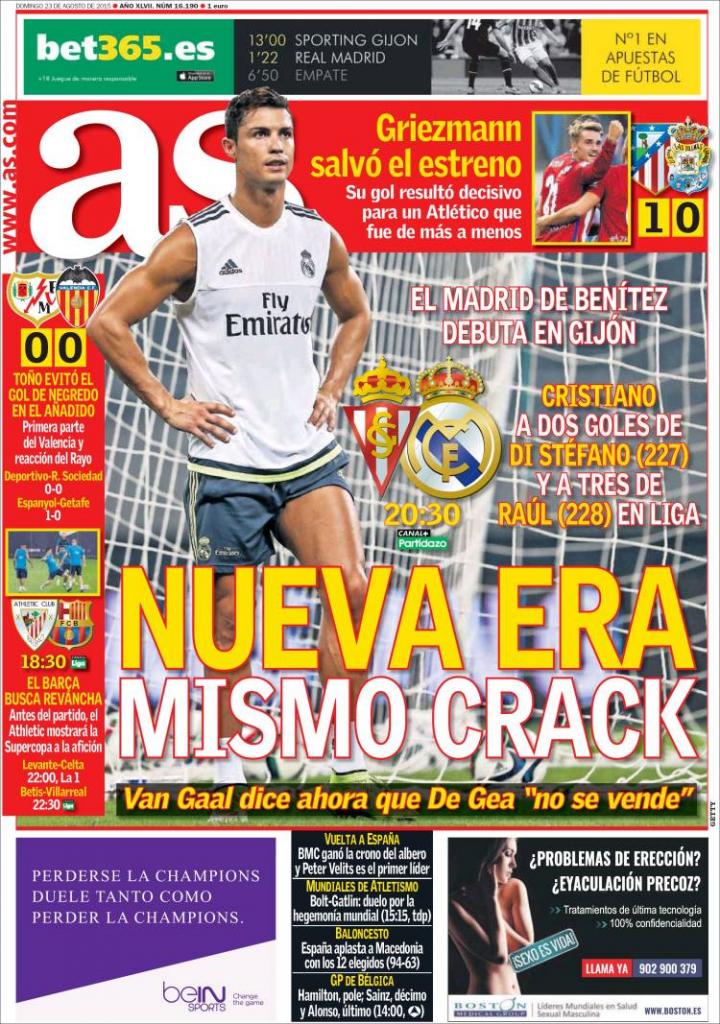 Van Gaal now says that De Gea is “not for sale”

His goal proved decisive for Atletico

First half was Valencia's, but Rayo responded

Before the game, Athletic will present the Supercopa to their fans 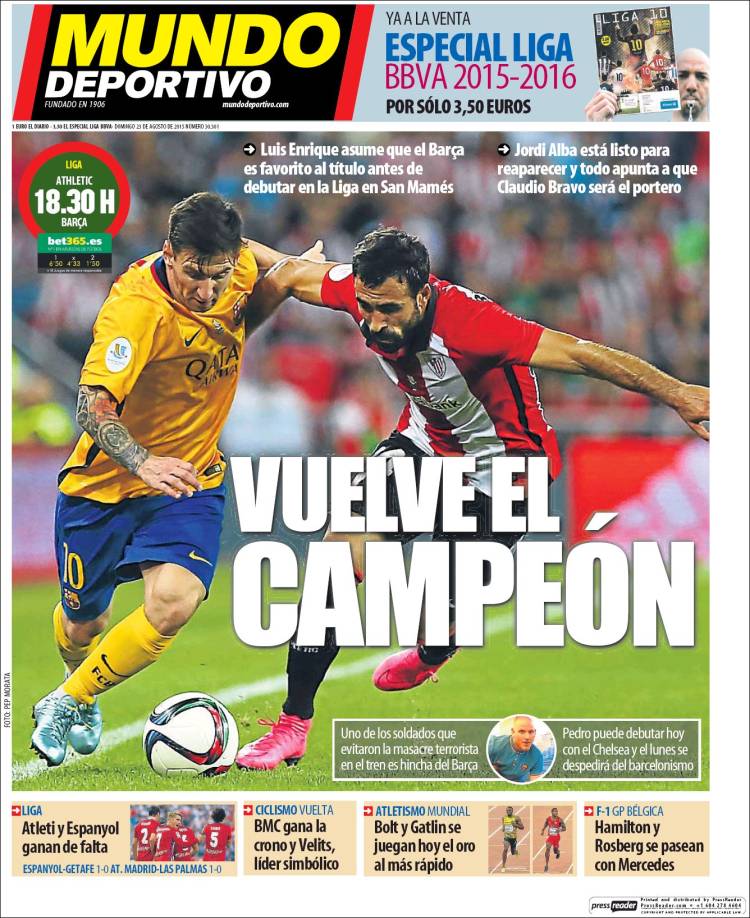 Return of the champions

Jordi Alba is ready to come back, while it looks like Claudio Bravo will start in goal