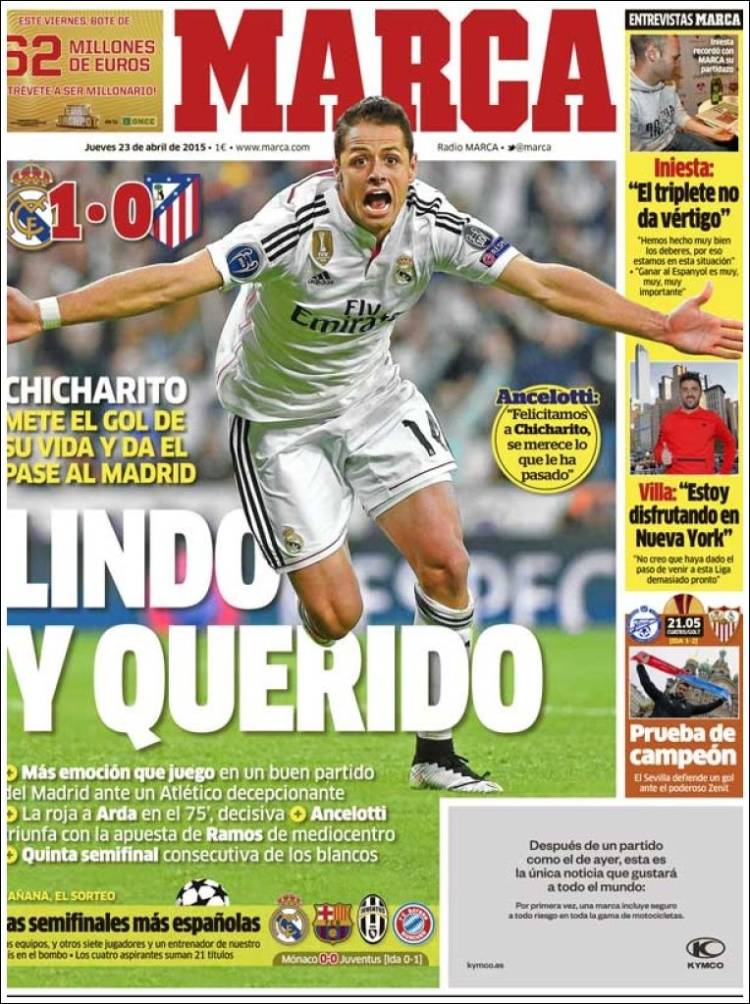 Chicharito scores the goal of his life and puts Madrid through

Ancelotti: “We congratulate Chicharito, he deserves what has happened”

The most Spanish of semi-finals. Two teams, another seven players, and a Coach from our country in the draw.

The four hopefuls have 21 titles between them

“We’ve paid our dues very well, that’s why we are in this situation”

Test of a champion. Sevilla defend their one goal lead against a powerful Zenit 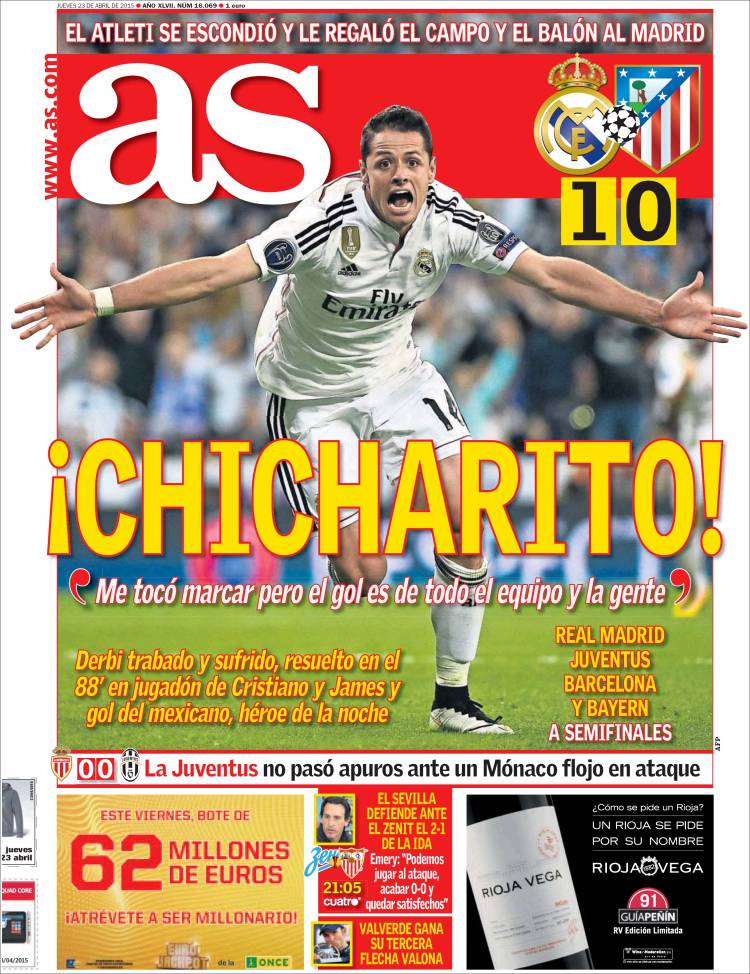 A workmanlike and suffered derby, settled in the 88th minute by some great play from Cristiano and James and a goal from the Mexican, the hero of the night

Real Madrid, Juventus, Barcelona and Bayern into the semi-finals

Atleti hide and gift the field and the ball to Madrid

Emery: “We can play on the attack, finish 0-0, and still be satisfied”

Barca, Madrid, Bayern and Juve are the legends of the Champions League 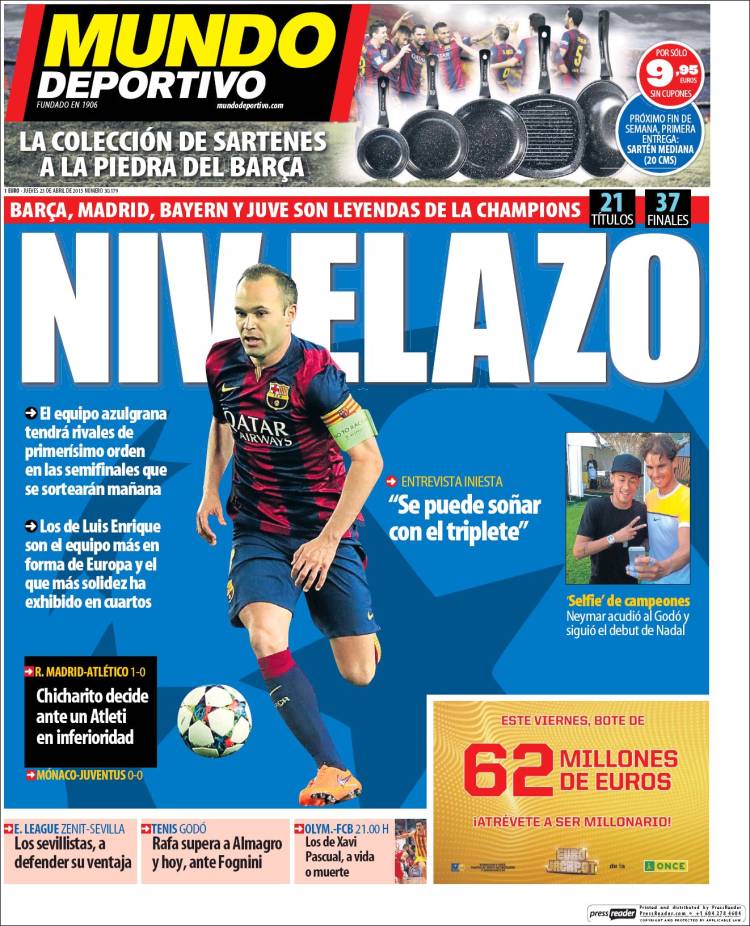 At a great level

The Blaugrana will have top-class opposition in the semi-finals, which will be drawn tomorrow

Iniesta interview: “We can dream of the treble”