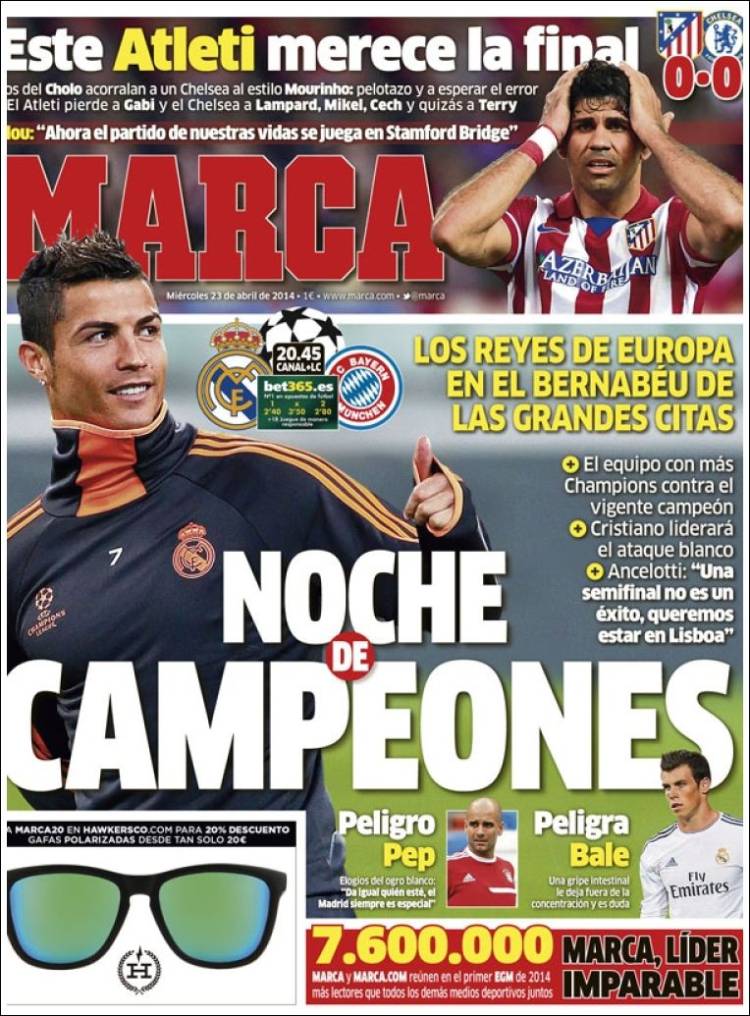 The team with the most European cups against the reigning champions

Cristiano will lead the attack

Ancelotti: "A semi-final is not a success, we want to be in Lisbon"

This Atleti deserve a final spot

Cholo's men ran rings around Mou's Chelsea, who sat back and waited for an error

Mou: "Now the game of our lives will be played at Stamford Bridge"

Danger Pep: Praise for Los Blancos: "I do not care who it is, Madrid are always tough"

Danger Bale: A fever threatens to leave him out 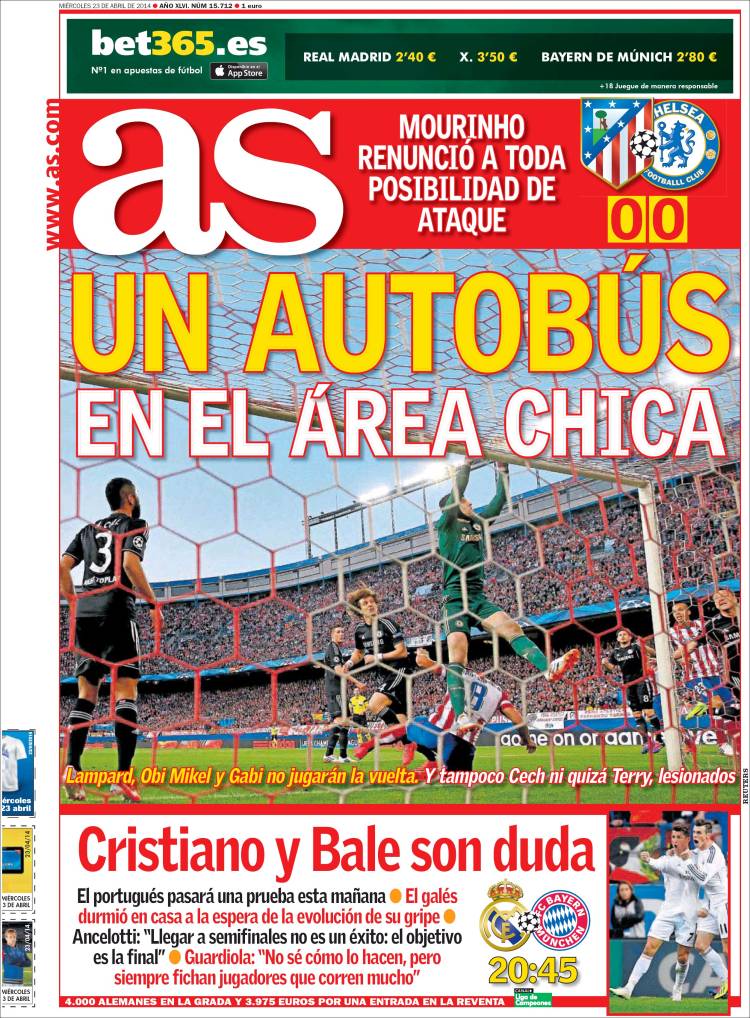 A bus in the area

Mourinho went without any intention to attack

Lampard, Mikel, Gabi will not play the return leg

And neither will Cech and maybe Terry, who were injured

Cristiano and Bale are doubts

The Portuguese will be tested out again this morning

Ancelotti: "To make it to the semi-finals is not a success, we want the final"

Guardiola: "I do not know how they do it, but, Madrid always sign players who run a lot" 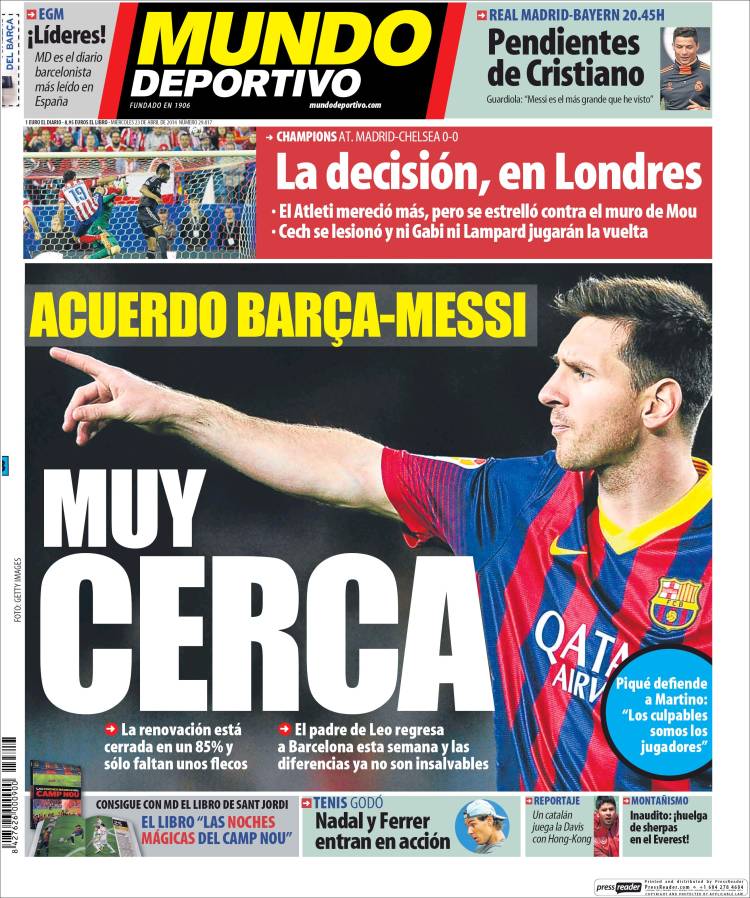 Very close is an agreement between Barca and Messi

The renewal is 85 per cent done, only some details remain

The decider will be in London

Atleti deserve more, but they still shine against Mourinho's wall

Guardiola: "Messi is the best I have seen"

Nadal and Ferrar begin their campaigns