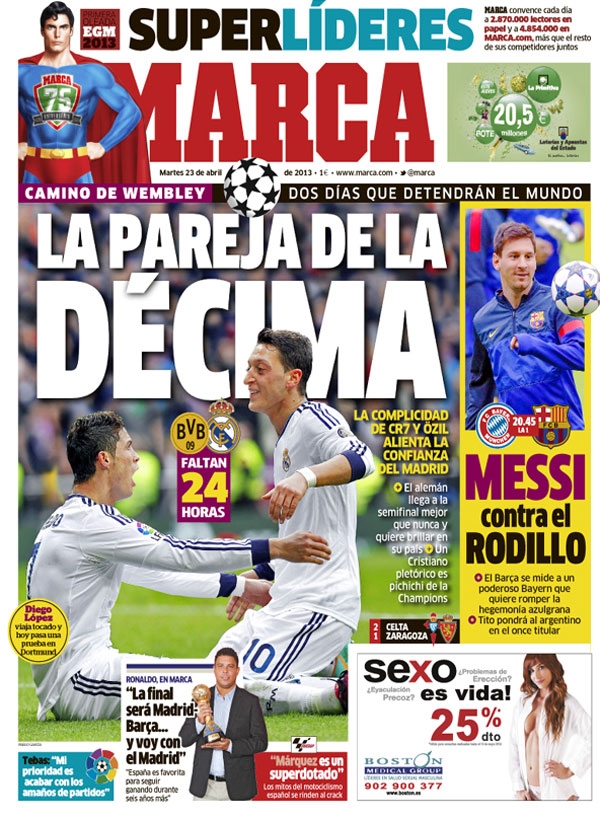 Two days to stop the world

The pair for La Decima

The complicity of CR7 and Ozil have the confidence of Madrid

Cristiano on top form is the Pichichi of the Champions

Messi and his knee

Barca against the tide

Tito to count on the Argentine

Ronaldo: "The final will be Madrid v Barca and I will go for Madrid"

The myths of the Spanish driver swirl

Tebas: "My priority is to finish the games in friendly fashion" 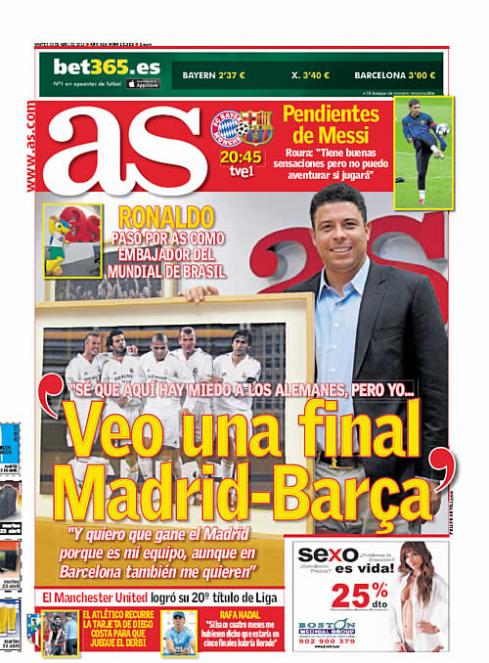 "I see a final between Madrid and Barca," Ronaldo

"And I want Madrid to win because that is my team even though I have affection for Barcelona," Ronaldo

Ronaldo visits as an ambassador for the Brazil world cup

Roura: "He feels good but I can say if he will play"

Rafa Nadal: "If four months ago they had told me that I would be in a fifth final I would have not believed it" 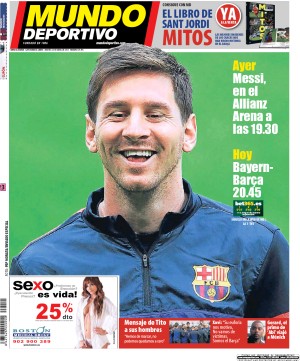 Yesterday Messi, in the Allianz Arena at 19.30

Message from Tito to his men

"We have to score, we cannot leave without scoring, " Tito

Xavi: "His euphoria motivates us. We will not be victims, we are Barca"

Gerard, the first cousin of Abi, travels to Munich