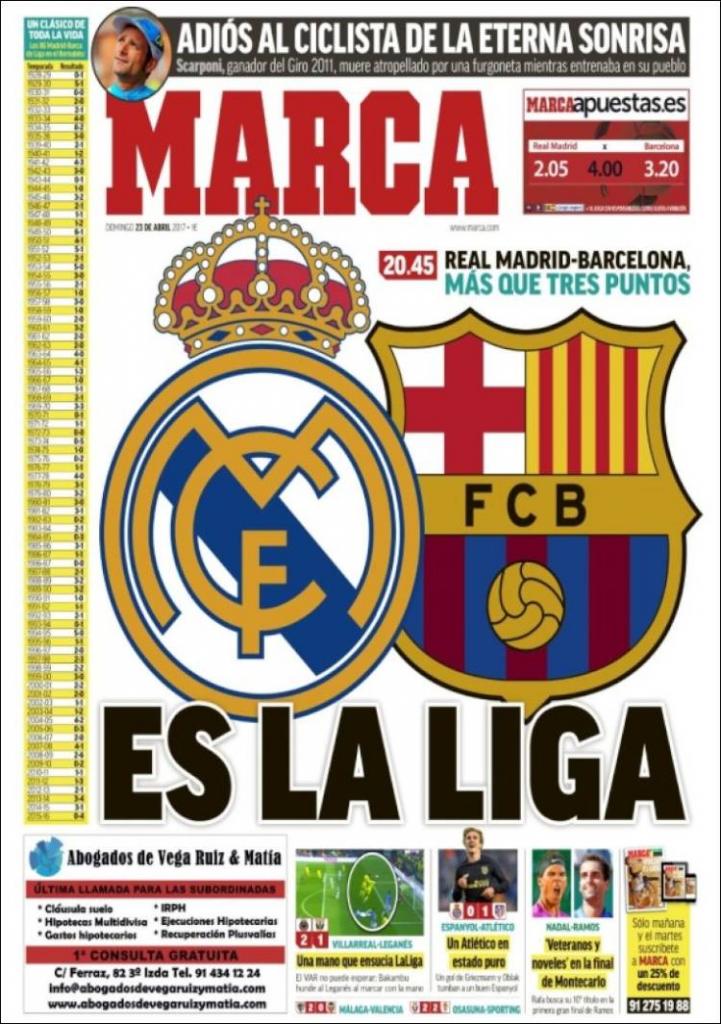 This is La Liga

A hand that taints La Liga

A goal from Griezmann and Oblak knock down a good Espanyol 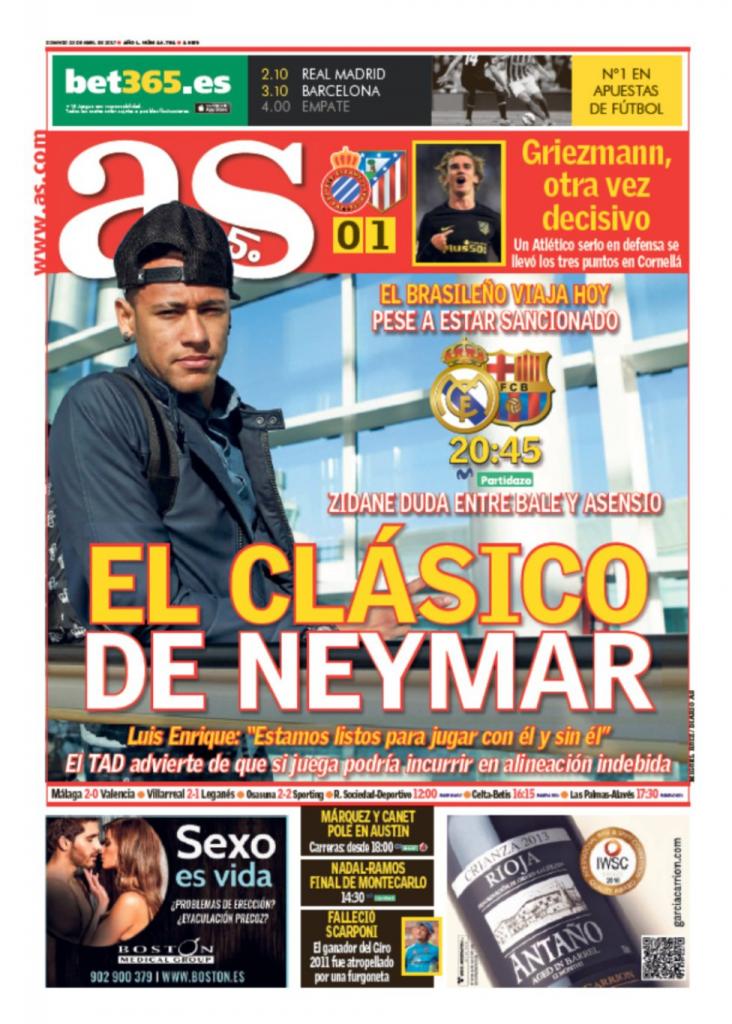 The Brazilian travels today, despite being sanctioned

Zidane has doubts over Bale and Asensio

Luis Enrique: “We’re ready to play with or without him”

CAS warns that if he plays, it could result in an improper line-up 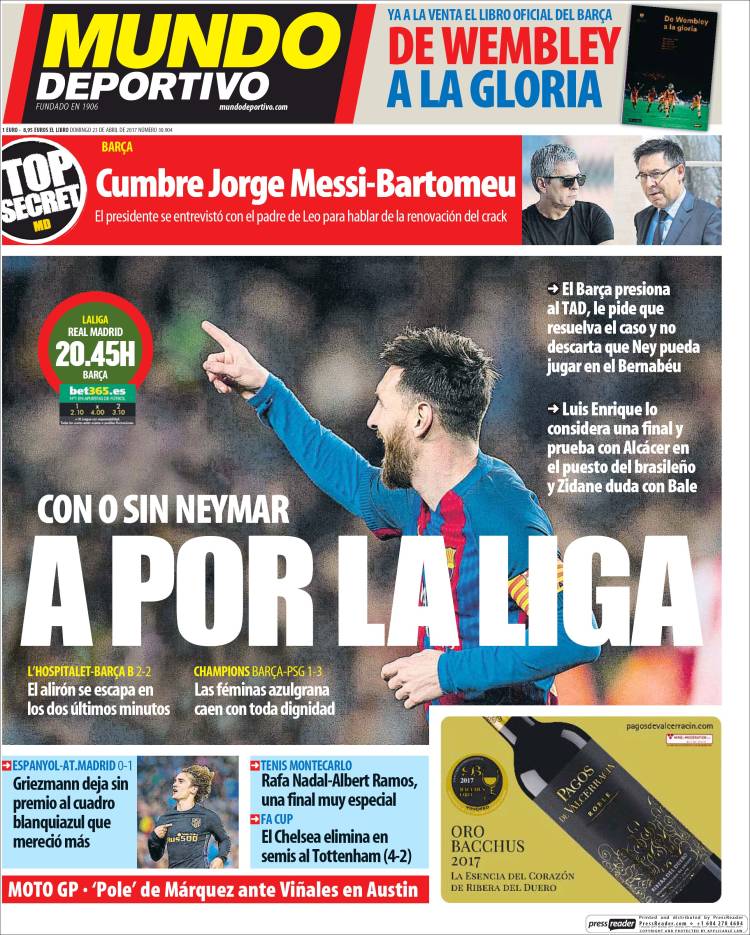 With or without Neymar

Celebrations put on hold in the last two minutes

The Azulgrana’s women bow out with total dignity

Summit between Jorge Messi and Bartomeu

Griezmann leaves no prizes for the Blanquiazul, who deserved more

Chelsea eliminate Tottenham in the semi-finals (4-2)