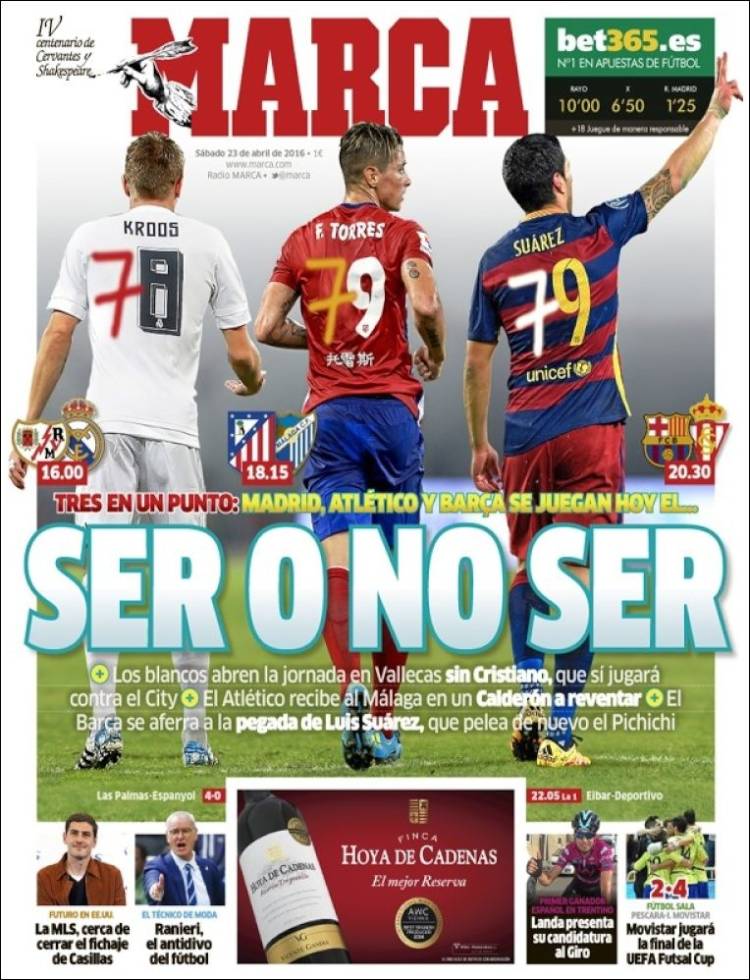 To be or not to be

Three in one point: Madrid, Atletico and Barca all play today

Los Blancos begin the day at Vallecas without Cristiano

Barca clings on by the ‘punch’ of Luis Suarez, who fights for the Pichichi again

Future in the US

MLS, close to securing the signing of Casillas

The Coach in vogue 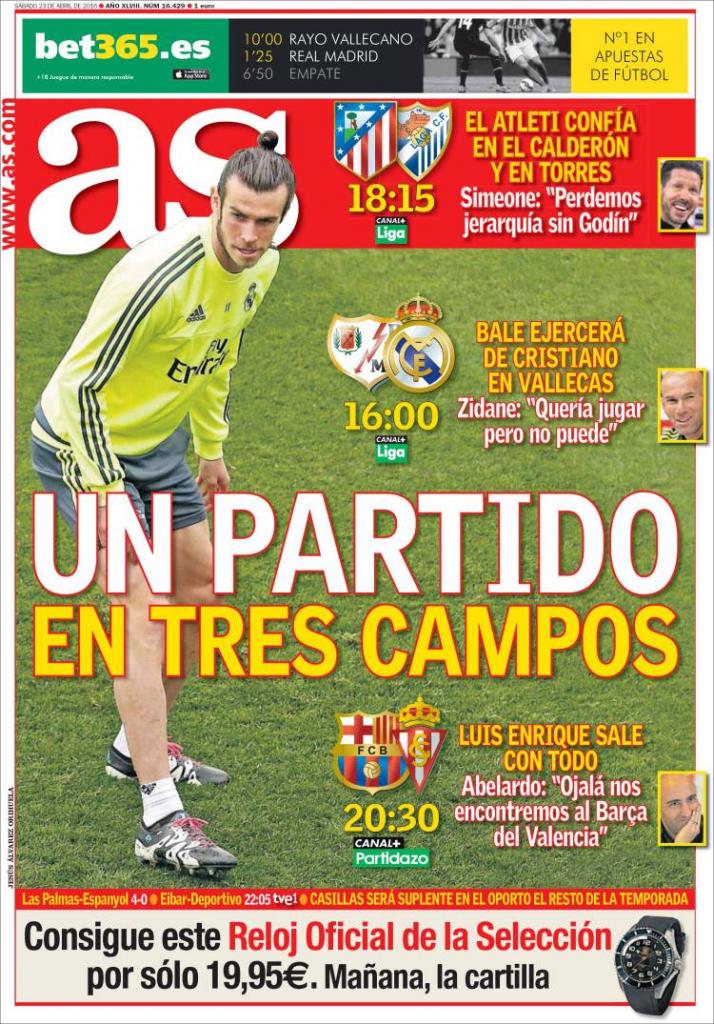 A match on three pitches

Zidane: “He wanted to play but couldn’t”

Atleti put their trust in the Calderon and Torres

Simeone: “We lose hierarchy without Godin”

Luis Enrique goes with everything

Abelardo: “Hopefully we face the Barca who played Valencia”

Porto will rotate Casillas for the rest of the season 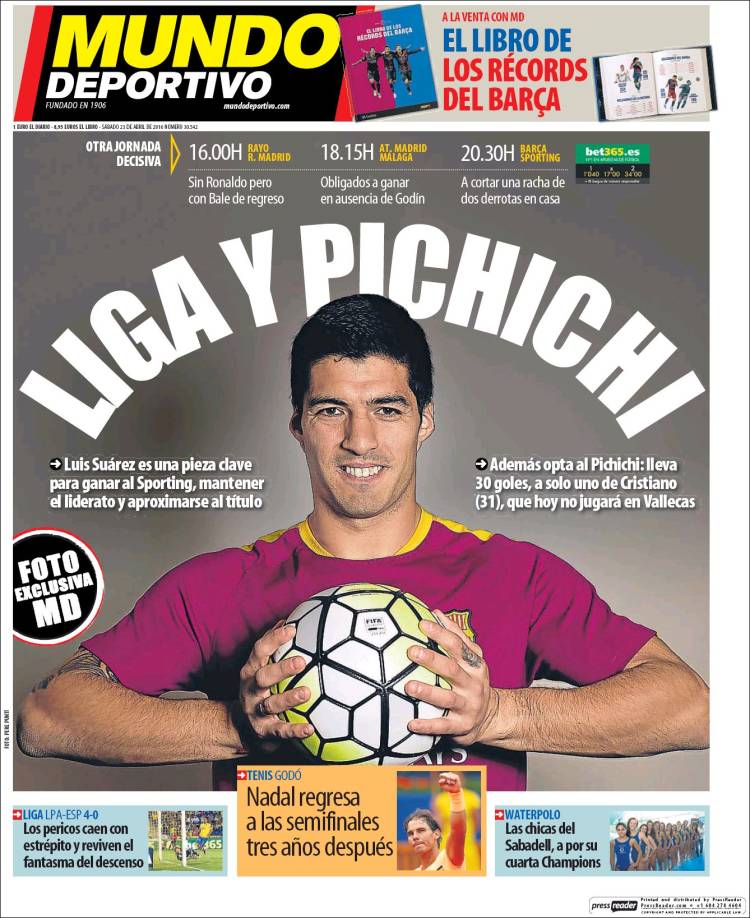 Luis Suarez is a key element to Barca winning at Sporting, keeping their lead and moving closer to the title

In addition, he is going for the Pichichi: he has 30 goals, just one less than Christian (31), who will not play at Vallecas

Madrid without Ronaldo but with Bale back

Atleti obligated to win in the absence of Godin

Barca look to cut a two-game losing streak at home

Parakeets fall with a bang and the spectre of relegation returns