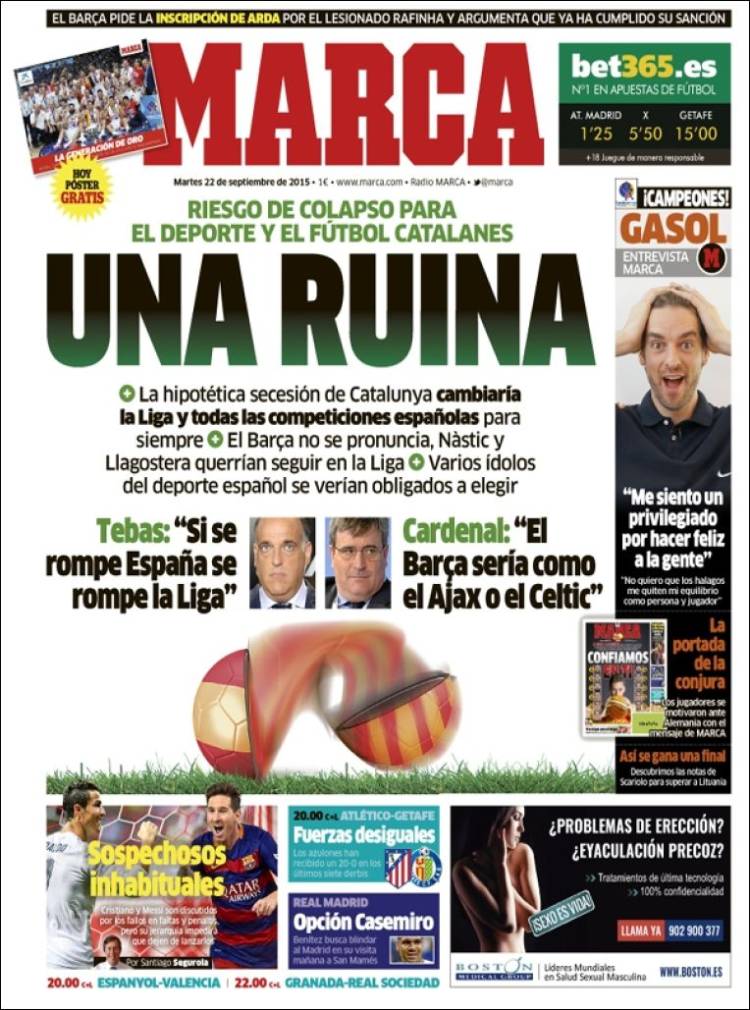 Risk of the collapse of Catalan sport and football

Barca doesn’t say anything, Nastic and Llagostera want to stay in La Liga

Various idols of Spanish sport are forced to choose sides 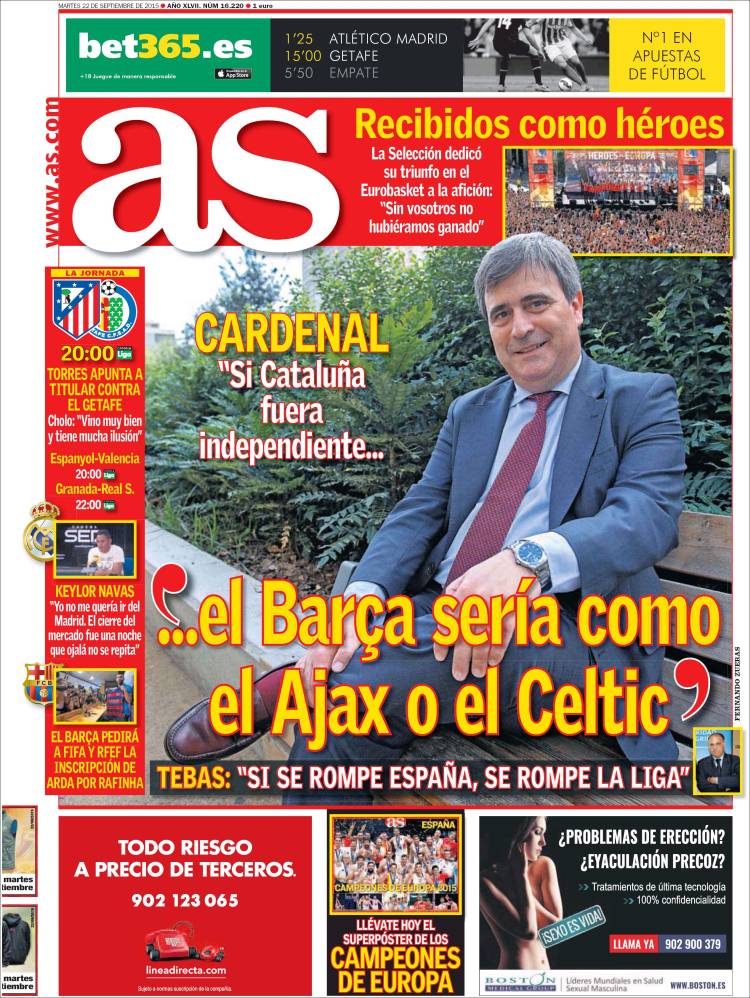 Cardenal: ‘If Catalonia were to be independent…Barcelona would be like Ajax or Celtic’

Torres aims to start against Getafe

Cholo: ‘He did very well and is very excited’

‘I didn’t want to leave Madrid. The close of the transfer mar

ket is one night I hope doesn’t recur’ 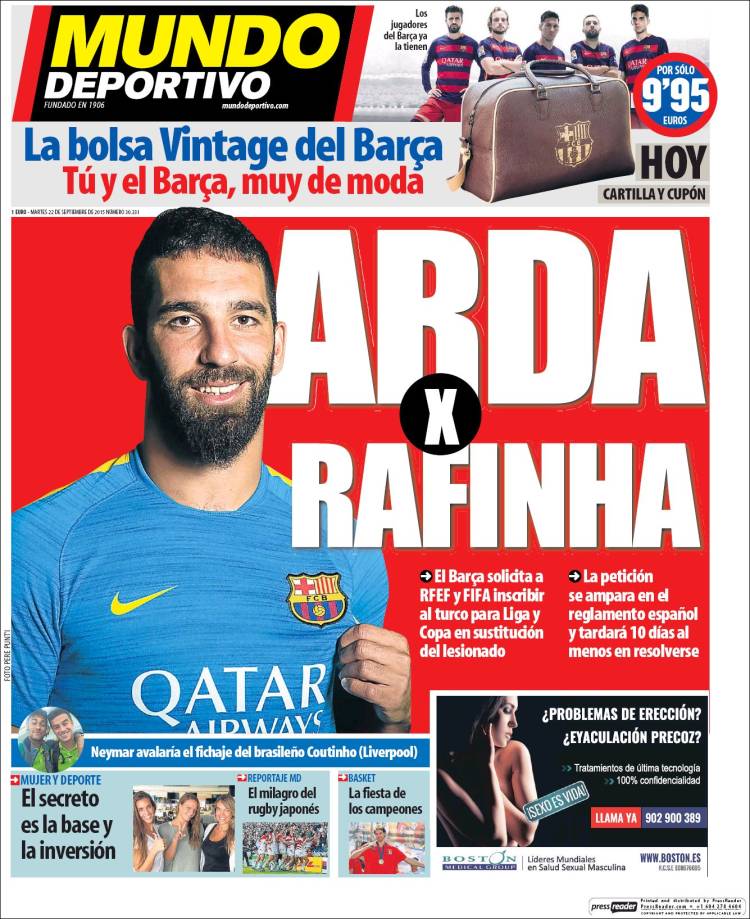 Neymar would endorse the signing of the Brazilian Coutinho [Liverpool]