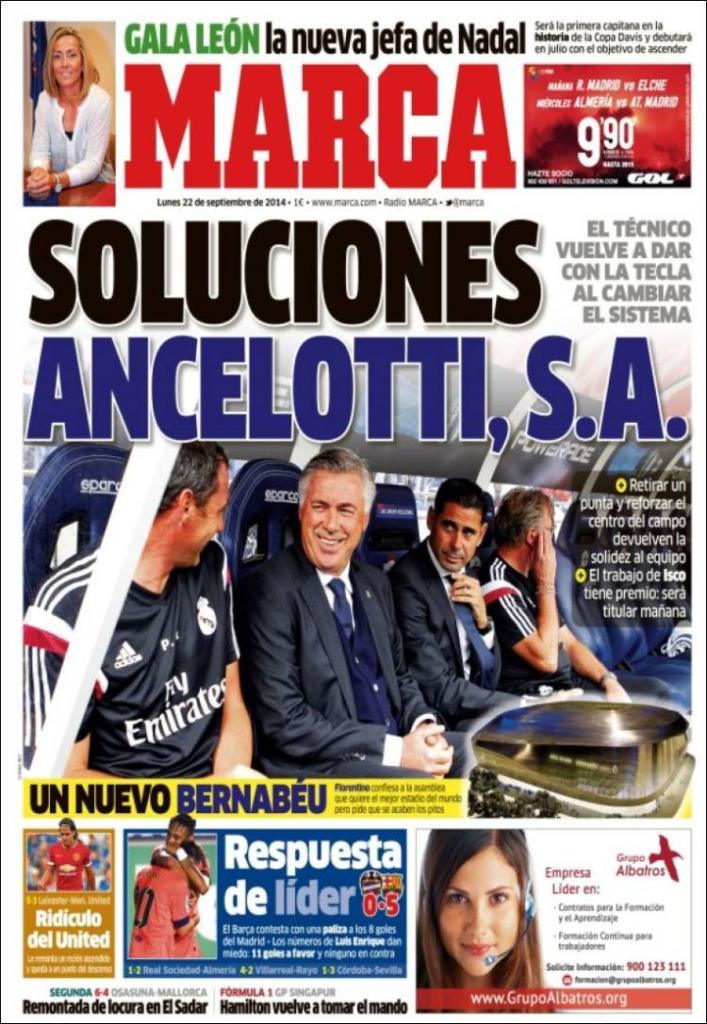 The Coach pushes the button and changes the system again

A new Bernabeu: Florentino admits to the assembly that he wants the best stadium in the world, but asks for the jeers to stop

Luis Enrique’s figures strike fear: 11 goals for and none against 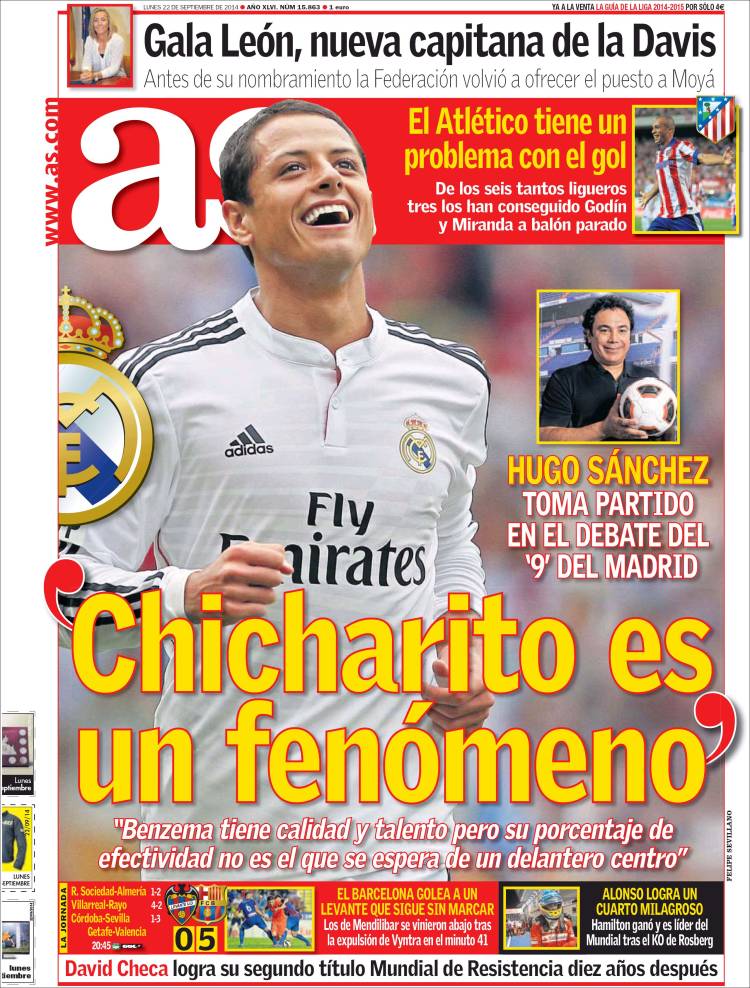 “Chicharito is a phenomenon”

Atletico have a goal problem

Barcelona goal feast against a Levante that have still not scored 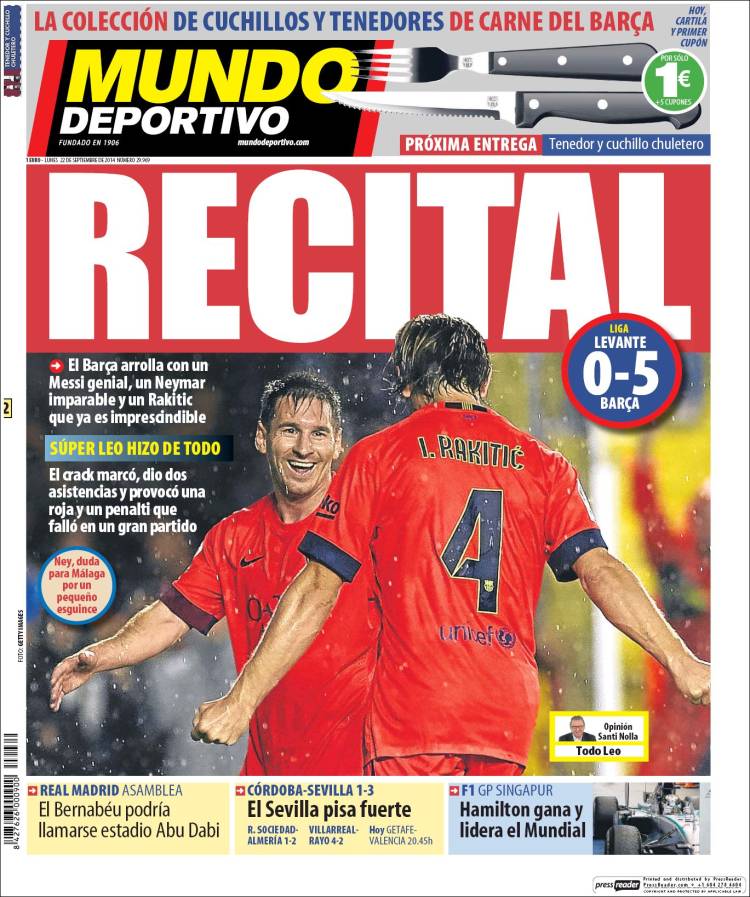 Barca rout with a brilliant Messi, incomparable Neymar, and an indispensable Rakitic

Super Leo does it all: the star scores, provides two assists, and brings about a red card then a penalty that he missed in a great game

Ney, a doubt for Malaga with a slight sprain

The Bernabeu could be called the Abu Dhabi stadium

Sevilla put their foot down strongly