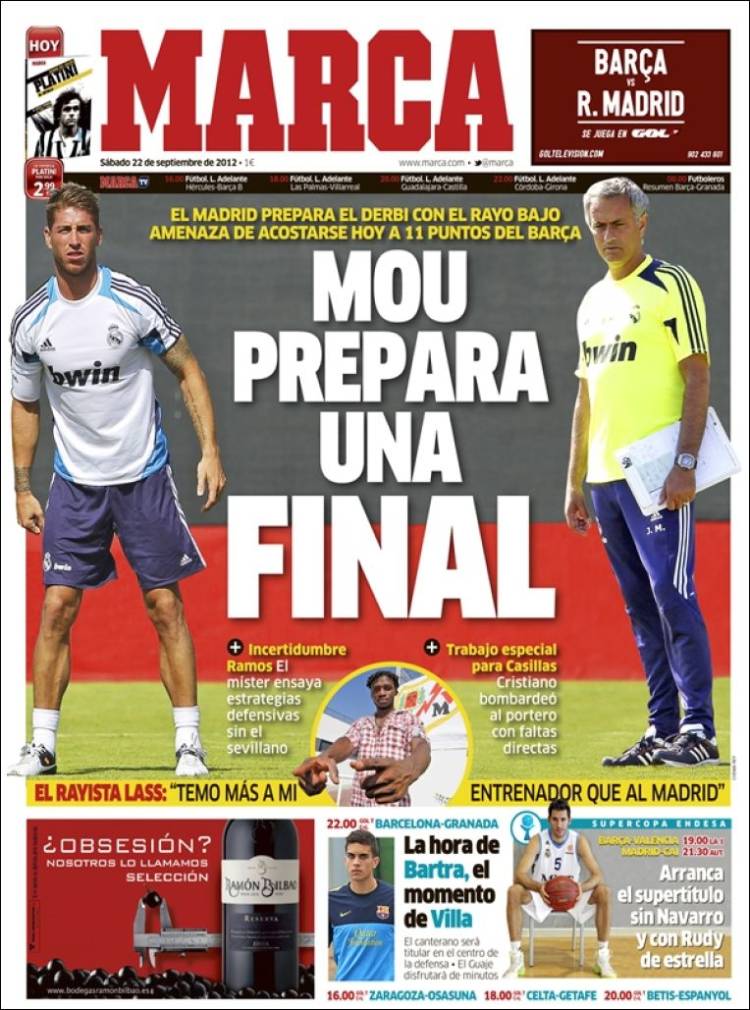 Mou gets ready for a final

Ramos uncertainty: the boss tries out defensive strategies without the Sevillano

Rayo's Lass: "I fear my Coach more than Madrid" 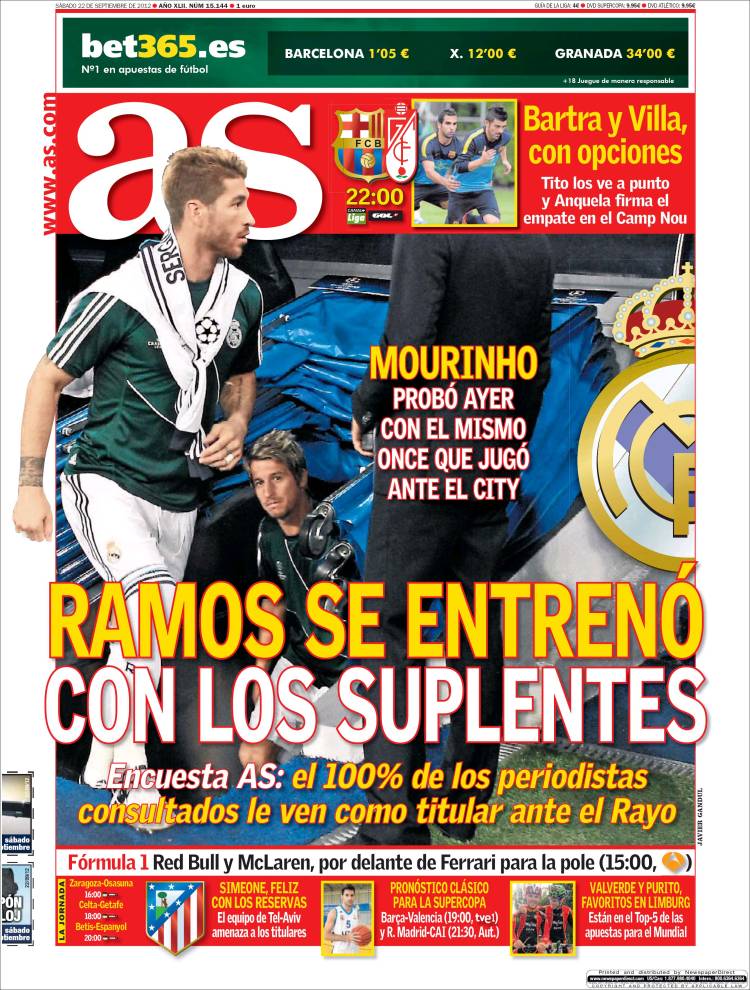 Ramos trains with the reserves

AS poll: 100 per cent of journalists questioned believe he will start against Rayo

Yesterday, Mourinho tried out the same side that played against City

Bartra and Villa in with a chance: Tito puts them on standby and Anquela plays for a point at the Camp Nou

Simeone happy with the reserves: the Tel-Aviv team threatens the regulars 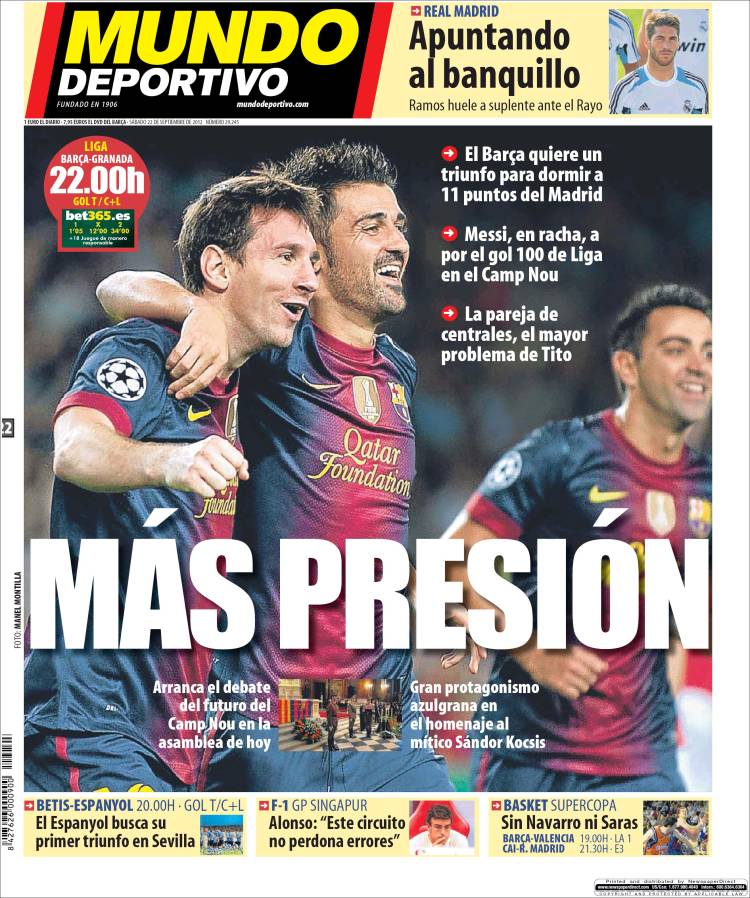 Barca want a win to be 11 points clear of Madrid

Messi, in good form, goes for his 100th La Liga goal in the Camp Nou

Great Azulgrana leadership in the testimonial to the mighty Sandor Kocsis

Aimed at the bench: Ramos could be a substitute against Rayo

Espanyol searching for their first win in Sevilla