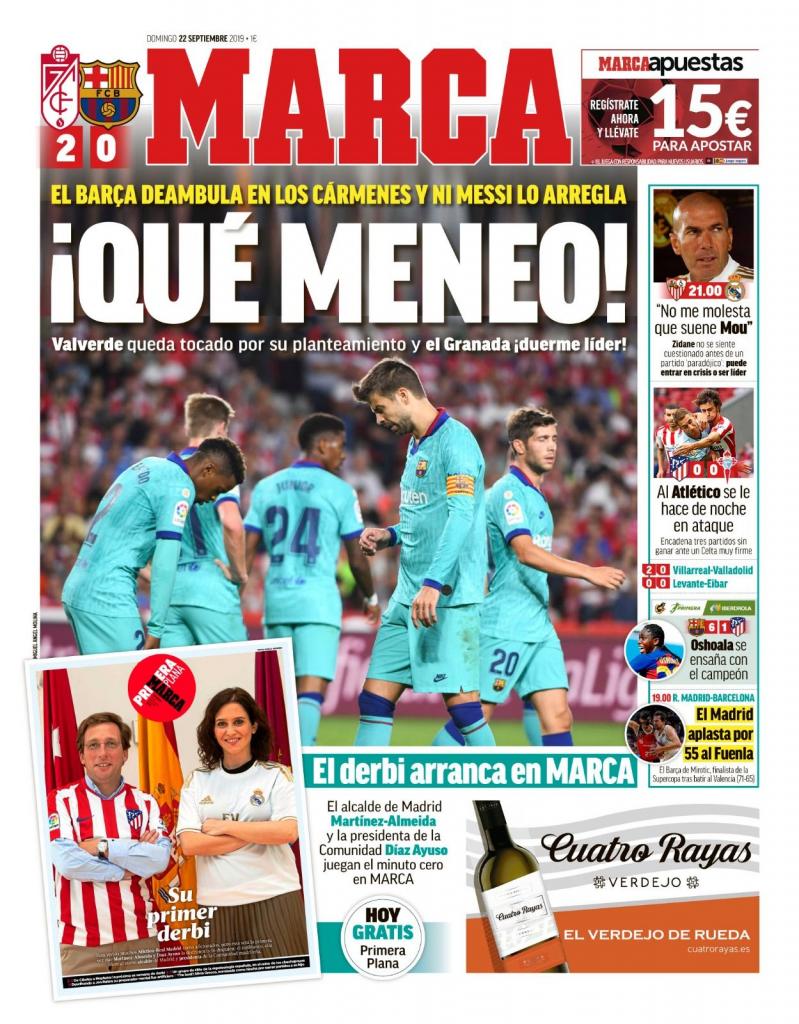 FC BARCELONA: SHAKEN UP - FC Barcelona lose 2-0 at Granada CF, as not even substitute Lionel Messi could save them.

FC BARCELONA: Ernesto Valverde gets his tactics wrong, as Granada CF got to the top of La Liga for 24 hours at least.

REAL MADRID: Zidane is unaffected by rumours of Jose Mourinho's return to Real Madrid, ahead of crucial game against Sevilla CF. 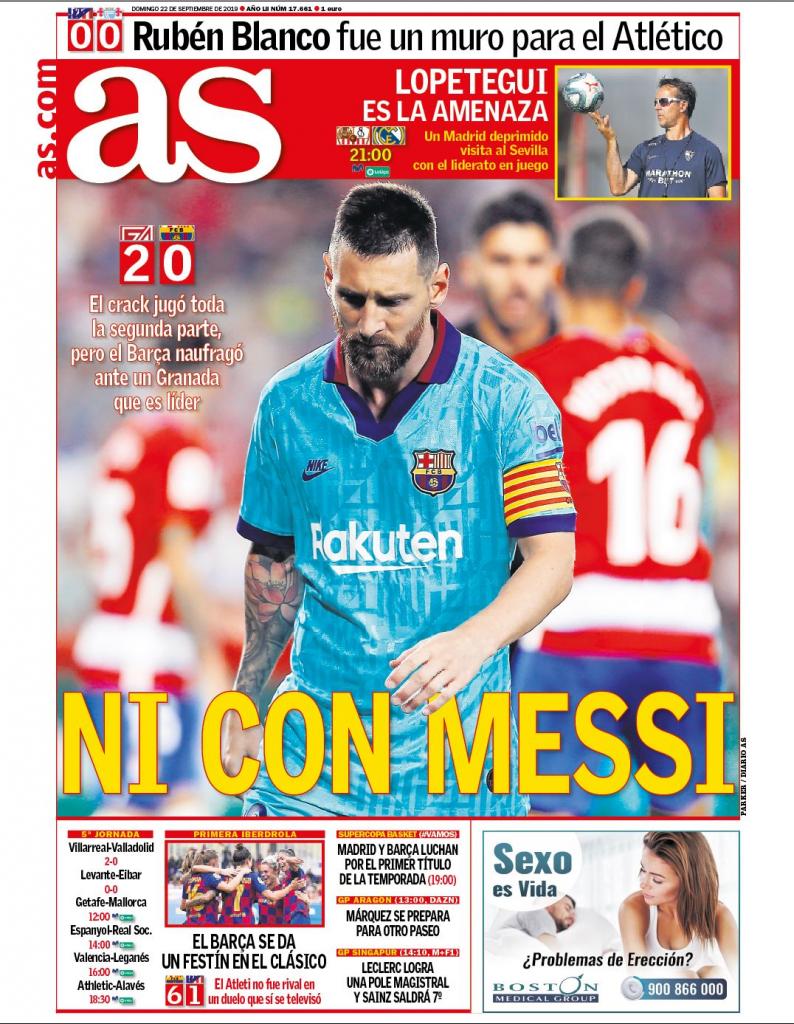 FC BARCELONA:NOT EVEN WITH MESSI - Messi appeared as a second half substitute, but even he was unable to turn the tide in the 2-0 defeat at Granada CF.

REAL MADRID: LOPETEGUI IS THE THREAT - Real Madrid head to Sevilla CF low on confidence, with the hosts able to retake top spot with a win. 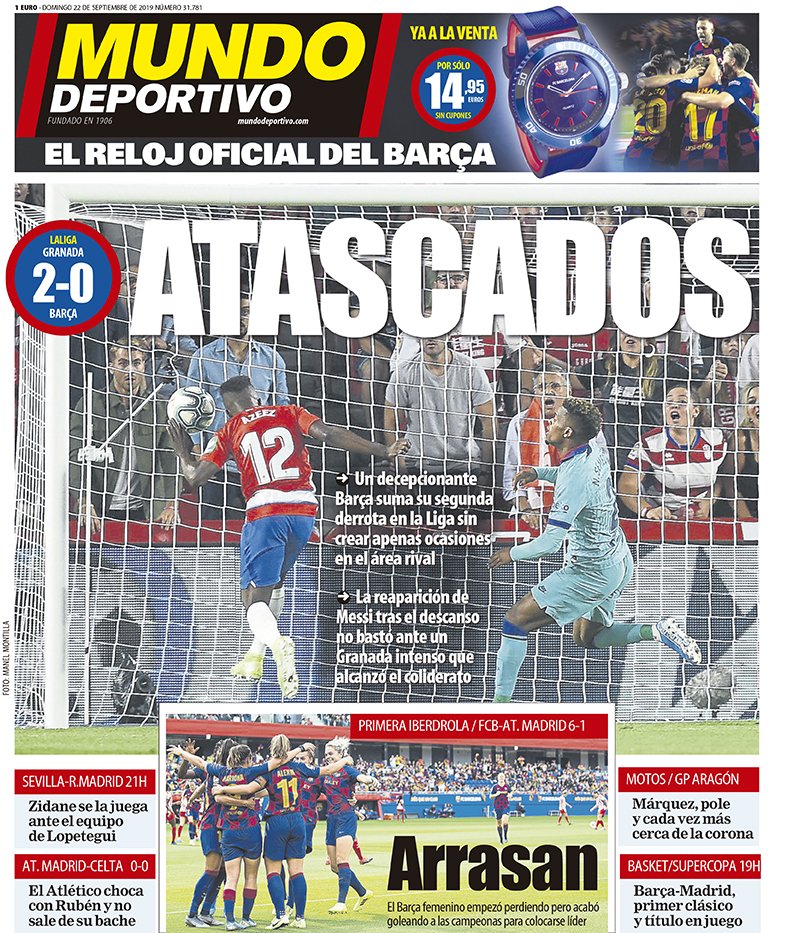 FC BARCELONA: STUCK - FC Barcelona fall to their second La Liga defeat of the season, as they create just one shot on target at Granada CF.

FC BARCELONA: The return of Messi after the break was not enough to prevent Granada CF from moving to the top of La Liga.