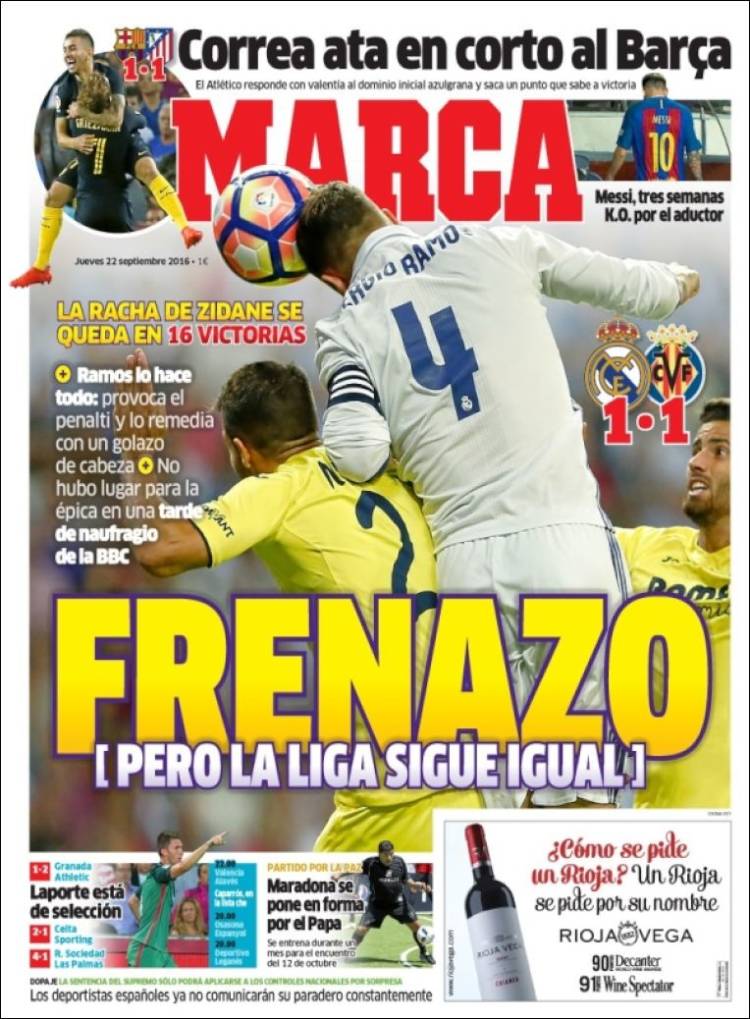 Frenzy! (but the LaLiga remains the same)

It was an evening of failure for the BBC

Laporte is for Spain 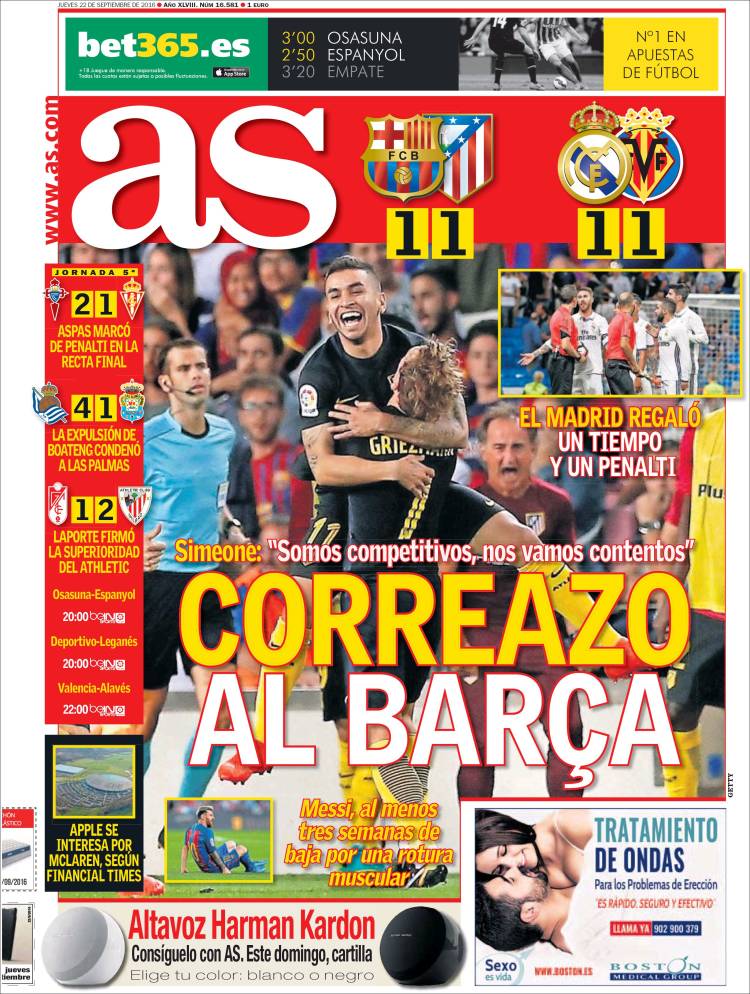 Simeone: We are competitive, let us be happy

Messi will miss three weeks with a muscle injury 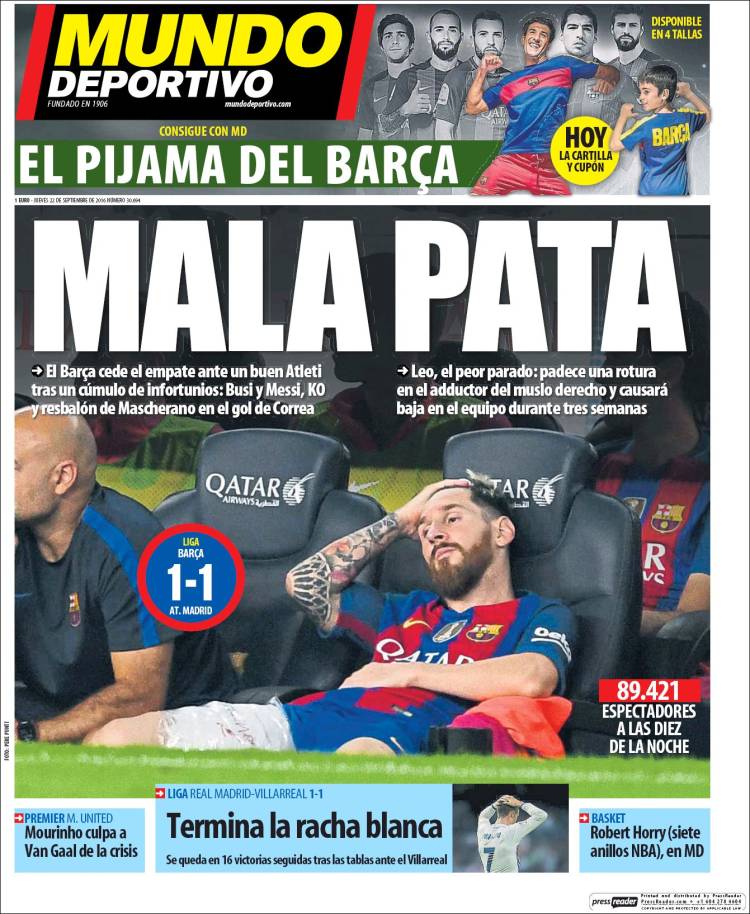 Barca draw with a strong Atletico after a string of misfortunes - Messi and Busquets injured, Mascherano slipped for Correa's goal