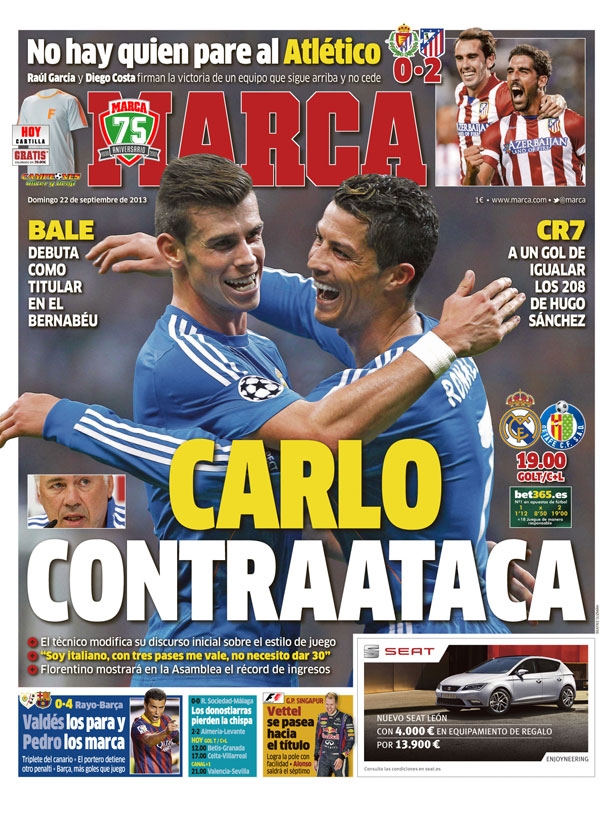 Carlo Counter Attack
The coach modifies his team's style of play
"I am Italian, with three passes I am satisfied, I do not need 30"
Florentino will show the club's record earnings at the General Assembly
Bale debuts at the Bernabeu
CR7: One goal and he equals Hugo Sanchez's record of 208 goals
There is nobody you can stop Atletico
Raul Garcia and Diego Costa seal victory for the team who continue flying
Valdes saves them while Pedro scores them
A hat-trick for the Canarian
Valdes stops another penalty
Barca have the most goals
Vettel edging towards the title

The San Sebastians lose their edge 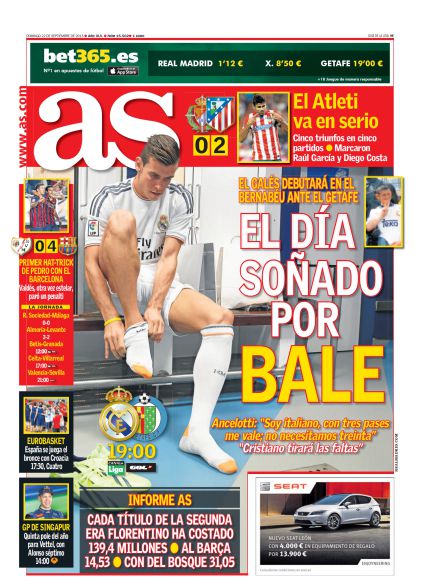 The day Bale dreamed of
The Welshman will debut at the Bernabeu against Getafe
Ancelotti: "I am Italian and three passes satisfy me, we do not need to make 30"
"Cristian will take the freekicks"
Atleti are serious
Five wins in five game
Raul Garcia and Diego Costa score
Each title of Florentino's second era has cost €139.4 million, Barca €14.53m, with Del Bosque, €31.05m
Pedro nets at hat-trick, his first for Barca
Basketball: Spain play for bronze against Croatia 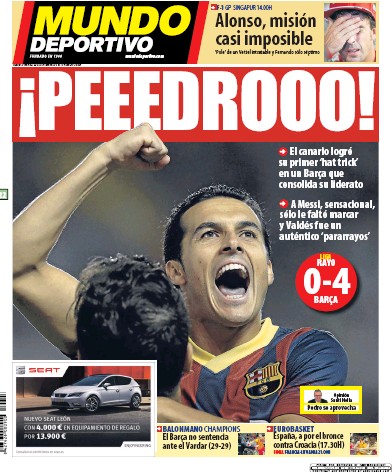 Pedro!
The Canarian got his first hat-trick for Barca as they consolidated their lead at the top of the table
Messi was sensational, only a goal was missing and Valdes again made some great saves
GP Singapore: Mission almost impossible for Fernando Alonso