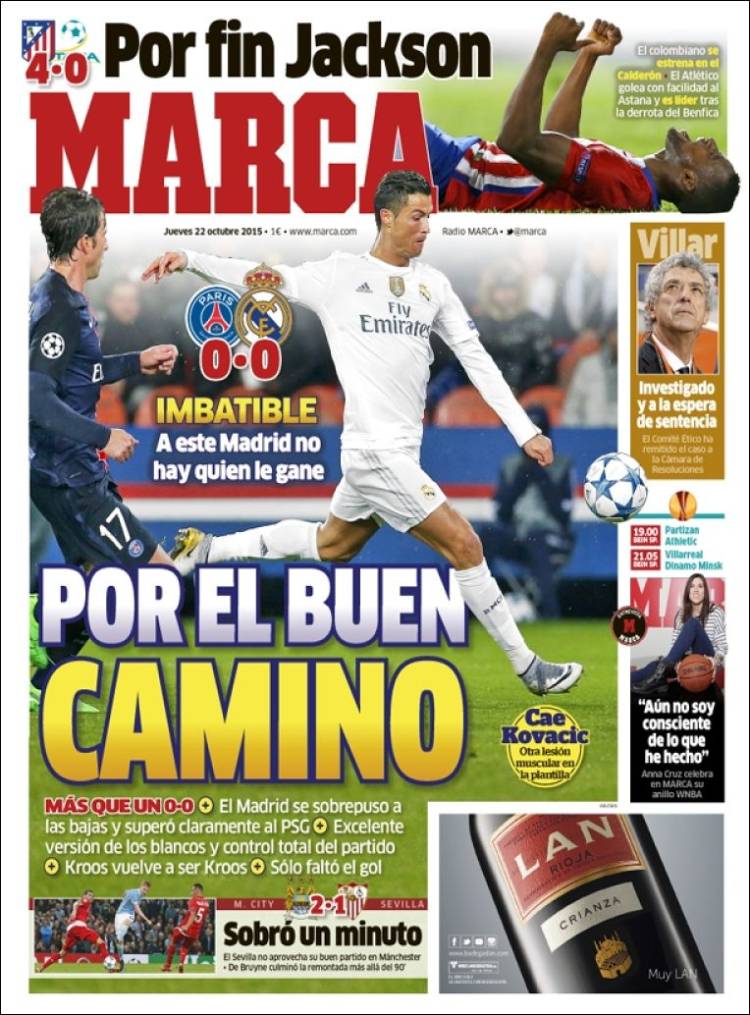 There is no one who can beat this Madrid

On the right track

Only missed a goal

Another muscular injury in the squad

Sevilla don’t take advantage of their good game in Manchester

De Bruyne completes the comeback after more than 90 minutes

The Colombian gets off the mark at the Calderon

Under investigation and awaiting judgement

The Ethics Committee has sent the case to the Adjudicatory Chamber 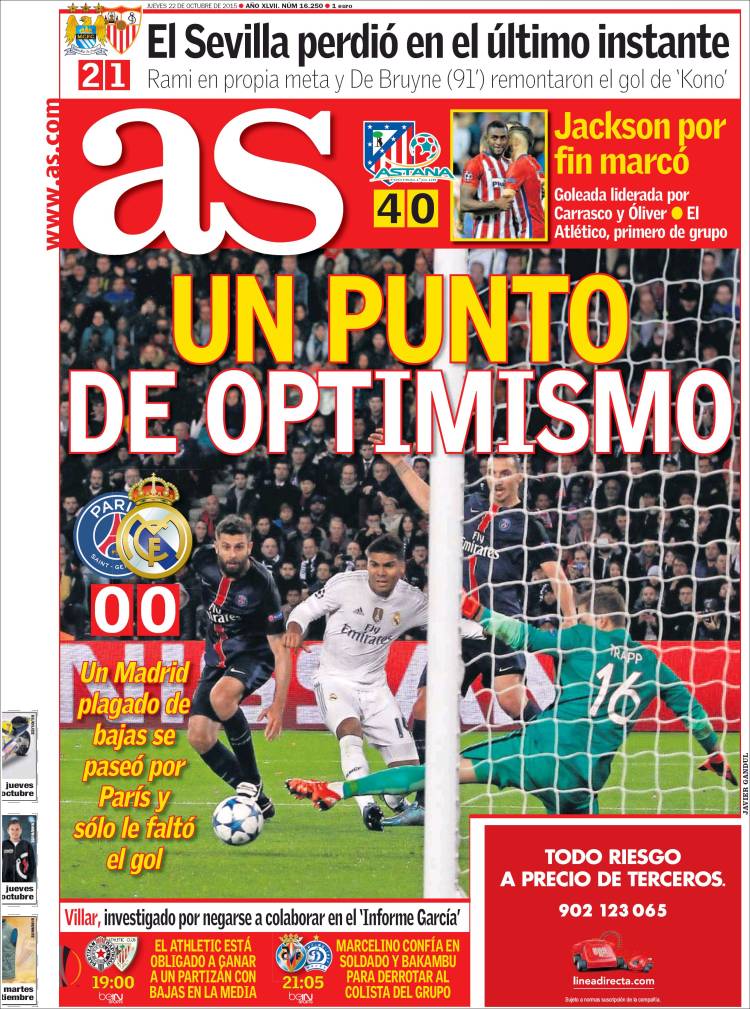 A point of optimism

Villar, investigated for refusing to collaborate with the ‘Garcia Report’

Athletic have to win at Partizan with absences in the midfield

Sevilla lose at the last moment

Atletico, top of the group 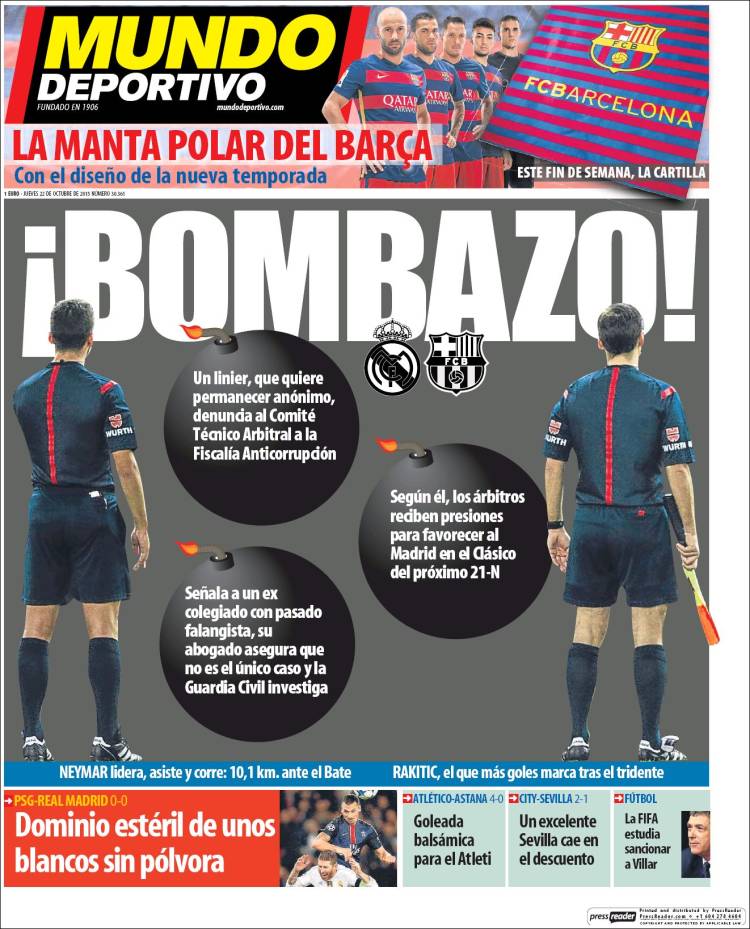 A linesman, who wants to remain anonymous, denounces the Referees Technical Committee to the Anticorruption Office

Points to a former colleague with a Falangist past, his lawyer says that is not the only case and the Guardia Civil investigates

According to him, the referees receive pressure to favour Madrid in the next Clasico, November 21

Neymar, leader in assists and running: 10.1km against BATE

Rakitic, highest-scorer after the trident