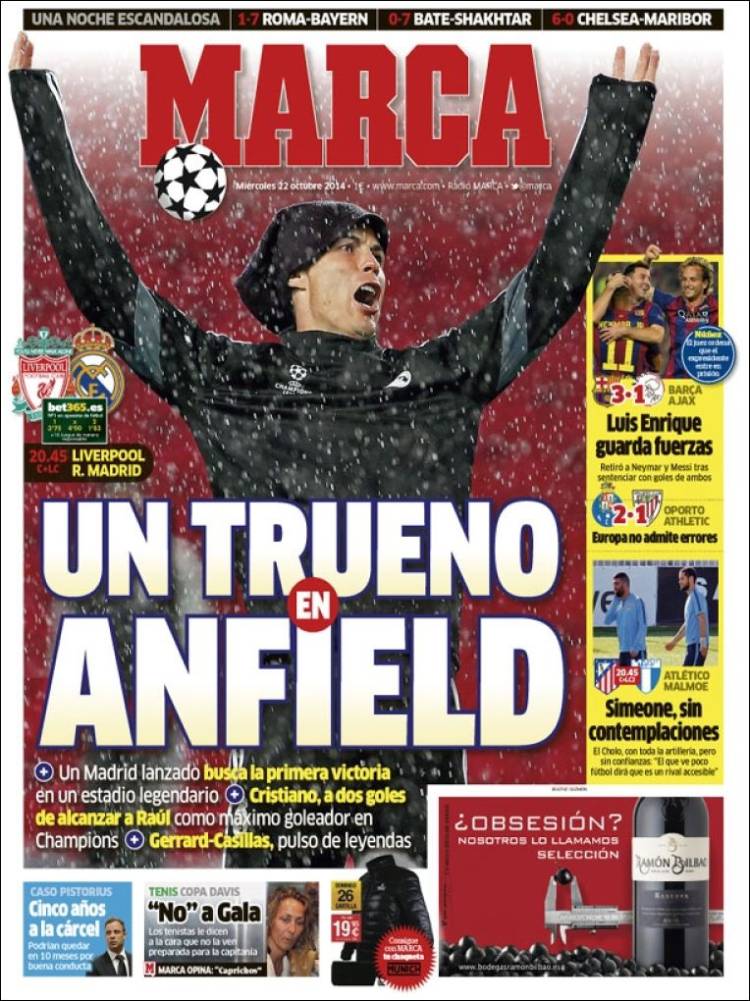 A thunderclap at Anfield

Cristiano, two goals away from Raul as top scorer in the Champions League

Luis Enrique saves power; he takes off Neymar and Messi after goals from both sealed the match

No room for error in Europe

El Cholo, with all his artillery but without confidence 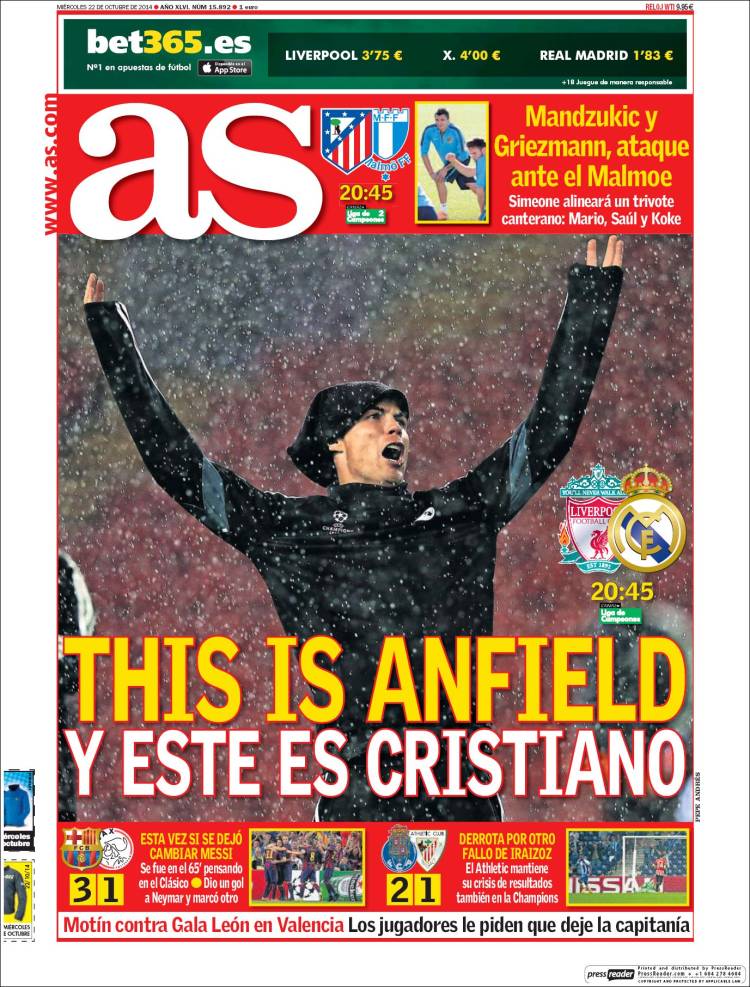 This is Anfield and this is Cristiano

Mandzukic and Griezmann, the forward line against Malmo

Simeone will field a ‘trivote’ from the youth team: Mario, Saul and Koke

This time yes they did substitute Messi; it was in the 65th minute with the Clasico in mind; he made one goal and scored another

Defeat with another mistake from Iraizoz

Athletic continue their results crisis in the Champions League 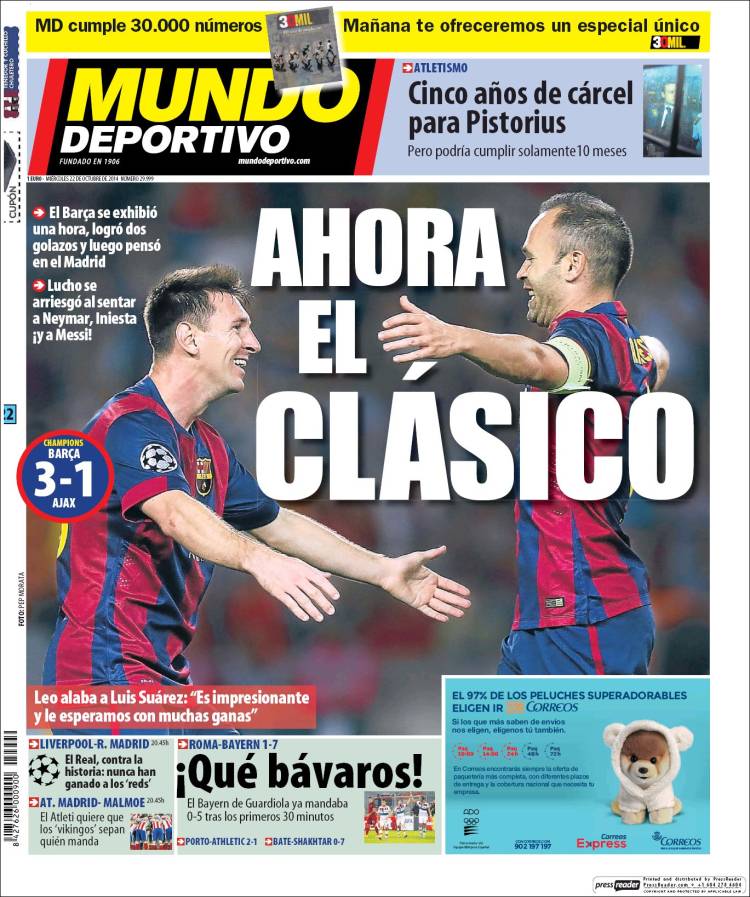 Barca put on an exhibition for an hour, score two great goals and then think about Madrid

Lucho risks putting Neymar and Iniesta on the bench, and Messi!

Leo praises Luis Suarez: “He is impressive and we are eagerly awaiting him”

Real against history: they have never beaten the Reds

Atleti want the Vikings to know who is in control