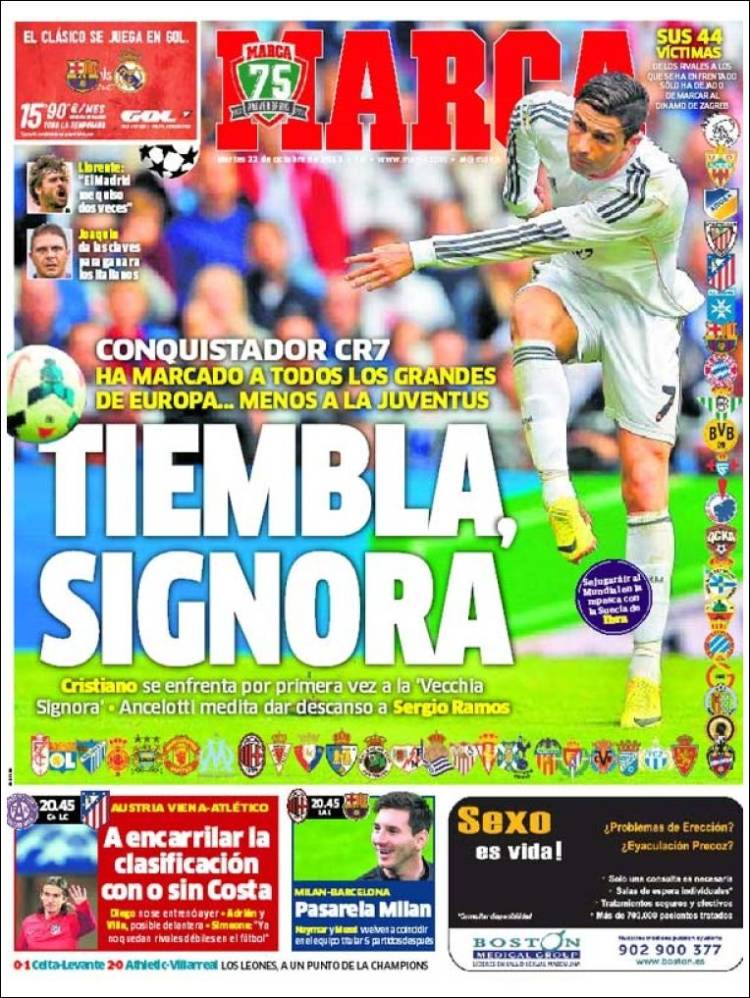 He has scored in all big game in Europe, but, never against Juventus

Cristiano faces for the first time the Old Lady

Neymar and Messi return to play again after 5 games

Atletico aiming for qualification with or without Costa

Diego did not train yesterday 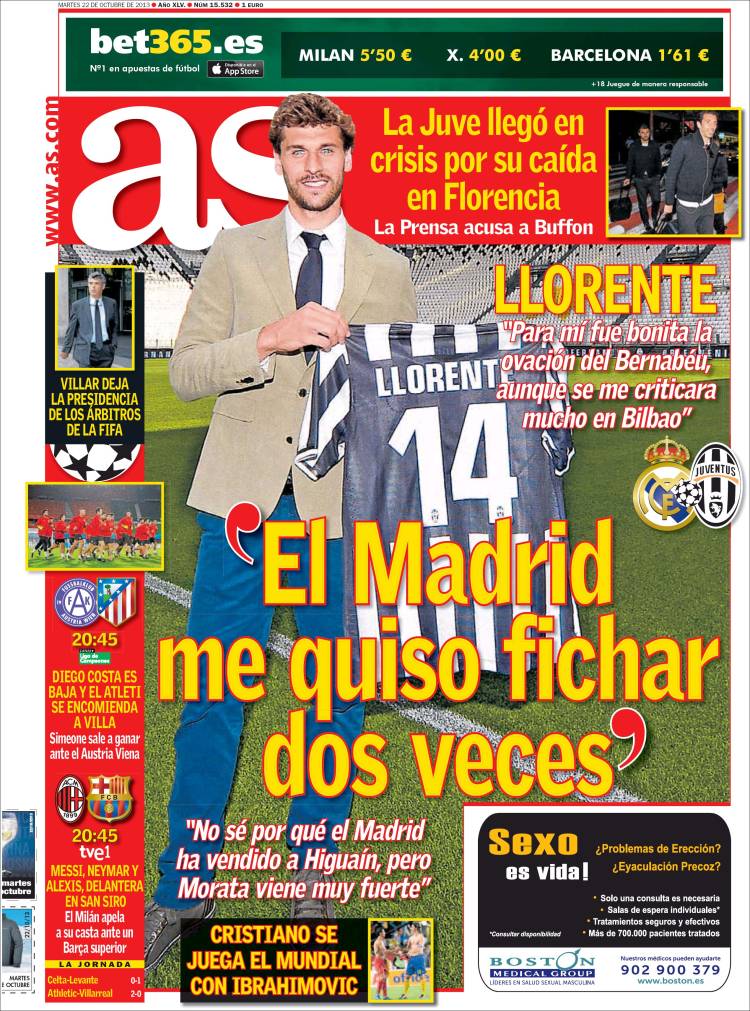 "For me, it was beautiful the standing ovation I received at the Bernabeu, even though they criticised me a lot in Bilbao"

"I do not know why Madrid sold Higuain, but, Morata has proven to be very strong"

Juve in crisis after loss in Florence

The press are pointing their finger at Buffon

Cristiano to play for a World Cup place against Ibrahimovic

Diego Costa is out and Atletico give Villa the responsibility

Simeone going for a win in Austria Vienna

Messi, Neymar and Alexis heading to the San Siro 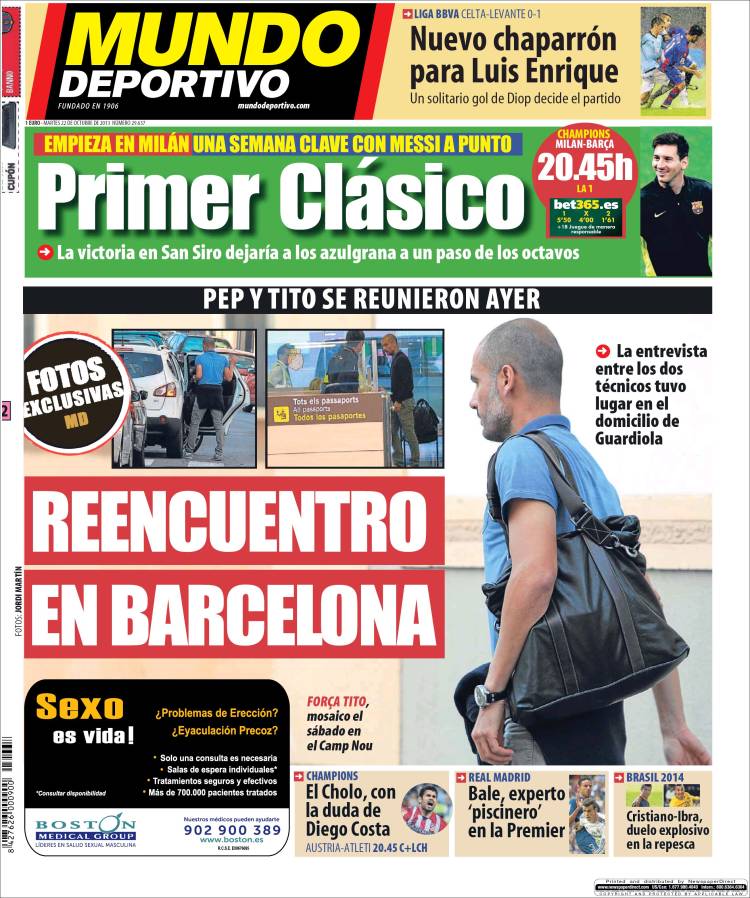 A meeting with Barcelona

The interview between the two coaches took place in Guardiola's home

Forca Tito, a mosaic dedicated to Tito this Saturday

La Liga: Another setback for Luis Enrique as his Celta side lose at home to Levante

Champions League: El Cholo has a doubt over Diego Costa

Real Madrid: Bale an expert diver in the Premier League