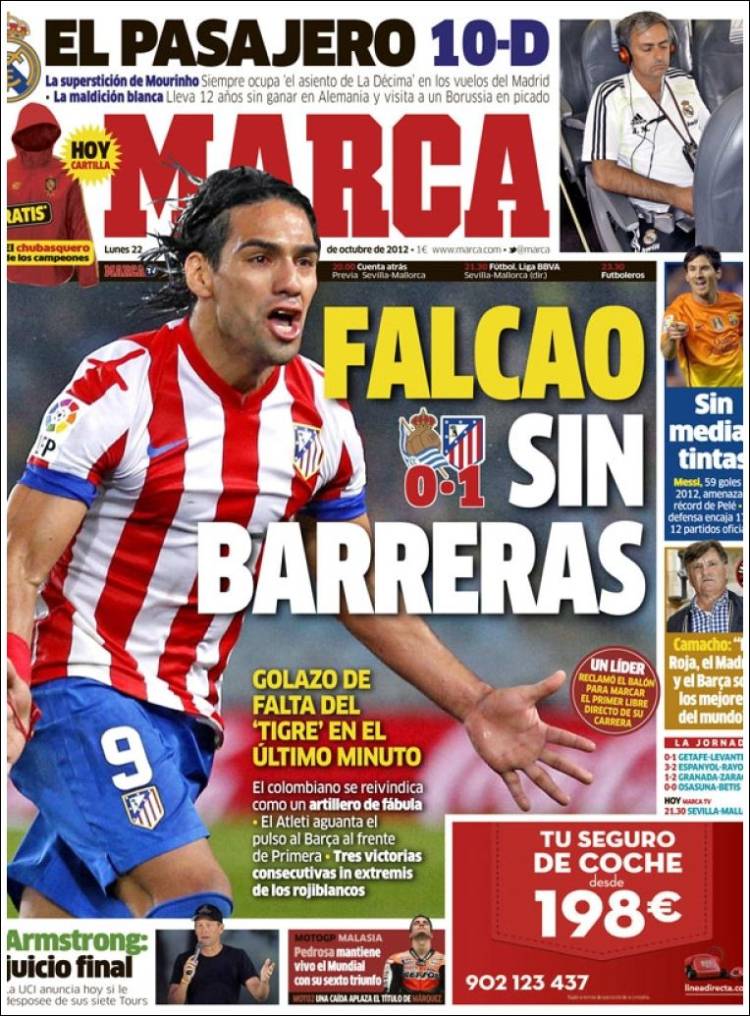 The Colombian reinforces his claim as a legendary striker 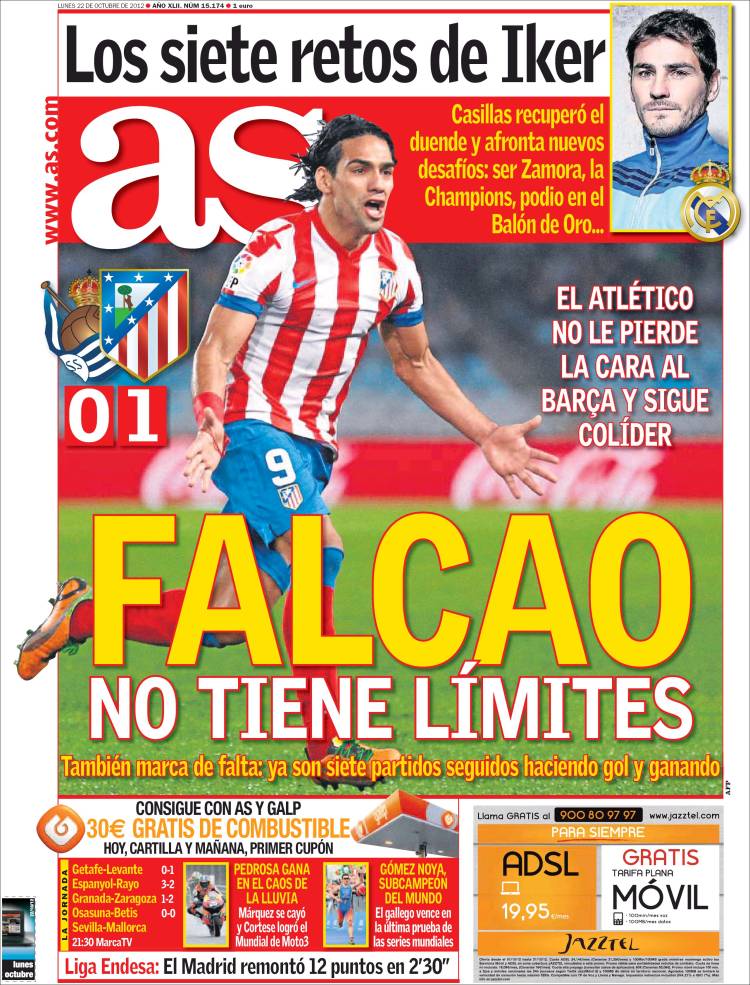 Falcao has no limits

Atletico lose no ground to Barca and are co-leaders

Iker’s seven challenges – Casillas recovers his magic and faces new challenges: to be the Zamora, the Champions League, on the podium for the Ballon d’Or… 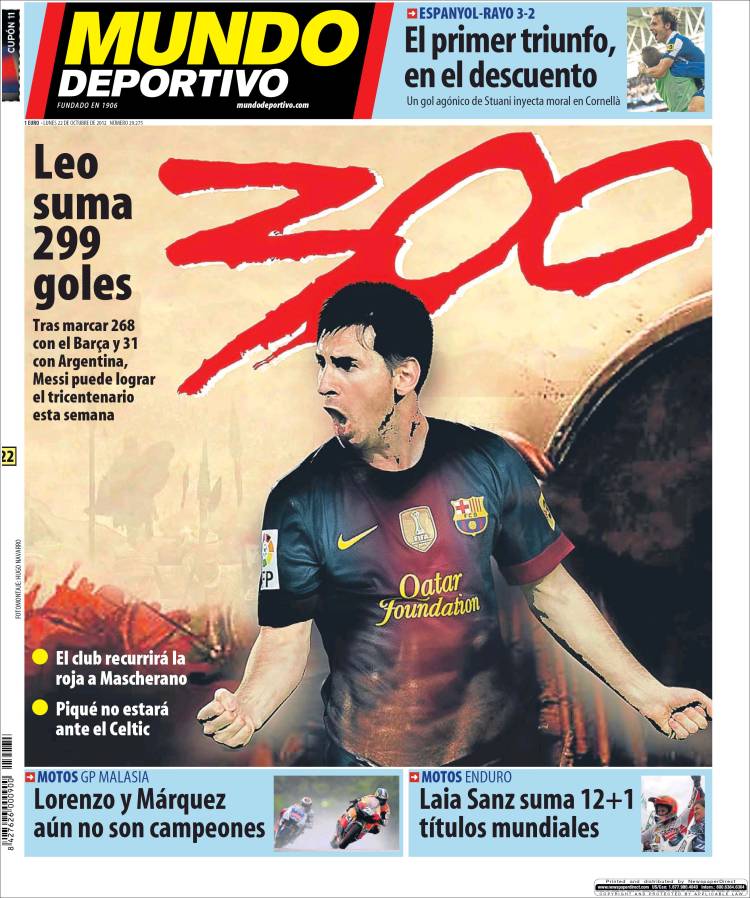 After scoring 268 with Barca and 31 for Argentina, Messi could get his 300th this weekend

Pique will not be fit for Celtic

Espanyol get their first win in injury time

An agonising goal from Stuani injects some moral into Cornella