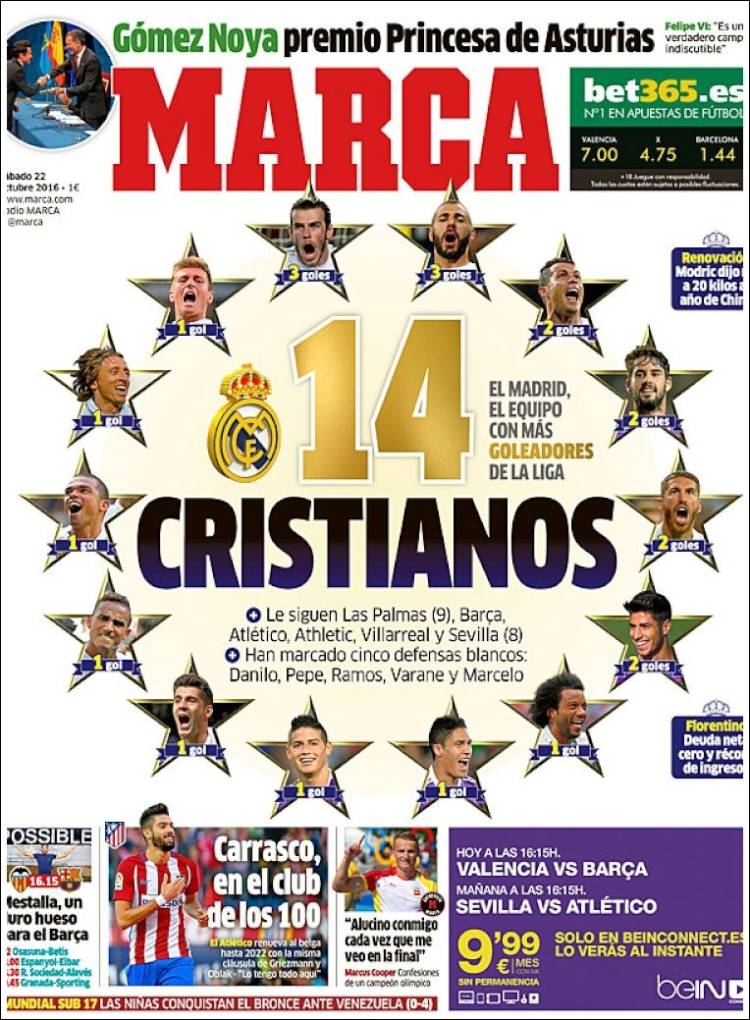 Madrid, the team with the most goalscorers in La Liga

They are followed by Las Palmas (9), Barca, Atletico, Athletic, Villarreal and Sevilla (8)

Mestalla, a hard nut to crack for Barca

“I have everything here”

Girls conquer Venezuela for the bronze (0-4) 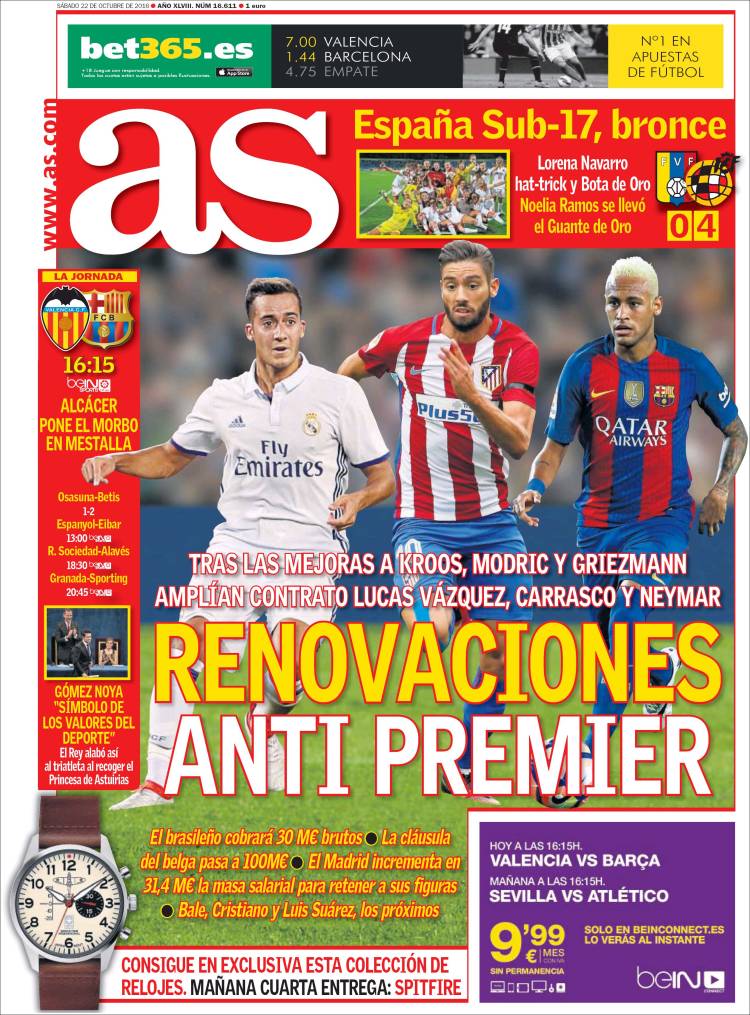 After improvements for Kroos, Modric and Griezmann, the contracts of Lucas Vazquez, Carrasco and Neymar are extended

The Brazilian will earn a whopping €30m

Madrid’s wage bill goes up by €31.4m so they can retain their key figures

Bale, Cristiano and Luis Suarez are next 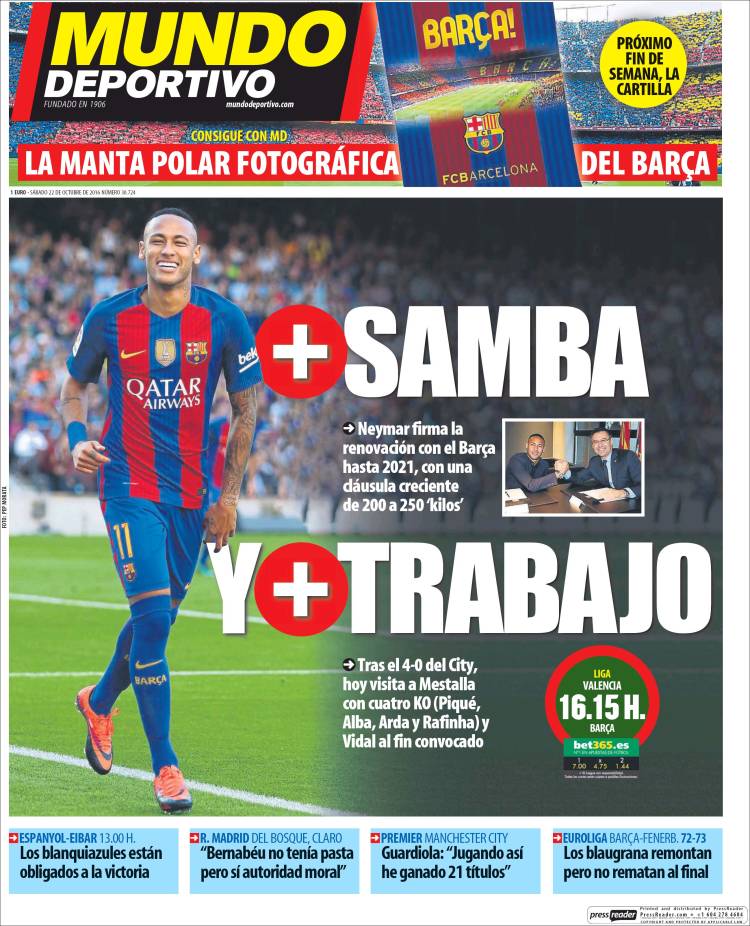 After the 4-0 against City, Barca visit Mestalla today with four KO (Pique, Alba, Arda and Rafinha) and Vidal finally picked

Espanyol are obliged to win

“Bernabeu had no dosh but moral authority”