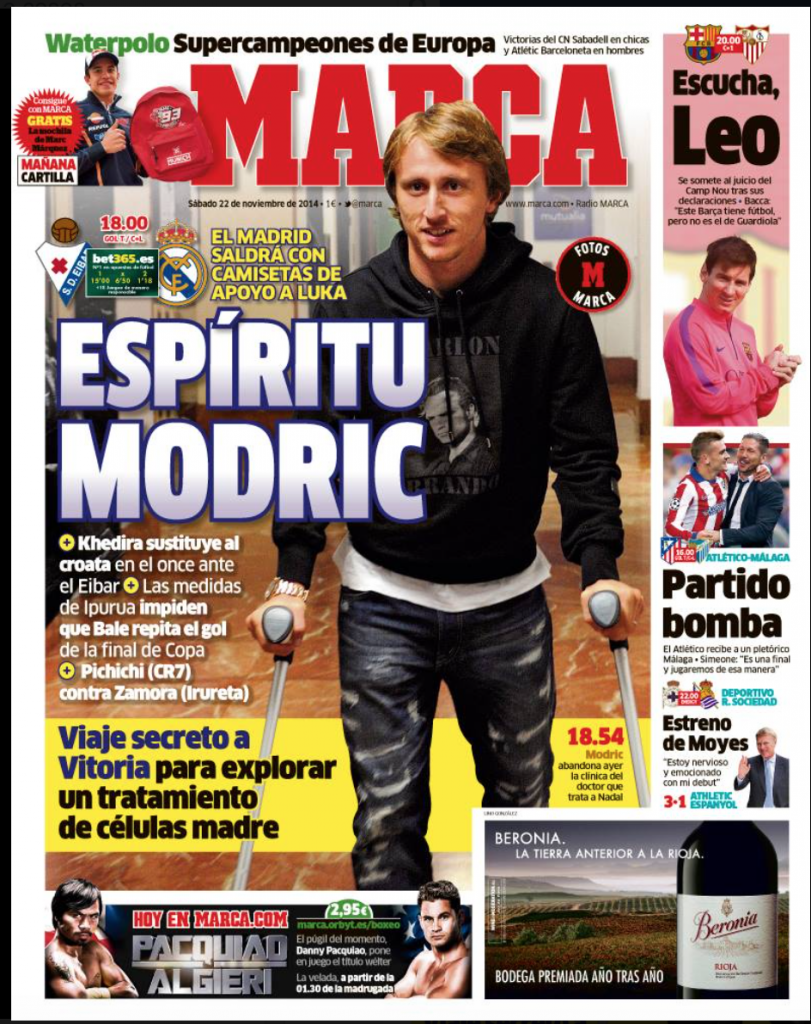 Listen Leo: he puts himself at the mercy of the Camp Nou following his declarations

Bacca: “This Barca play football but they are not Guardiola’s team”

Simeone: “It’s a final and we’ll play that way”

“I’m nervous and emotional about my first game” 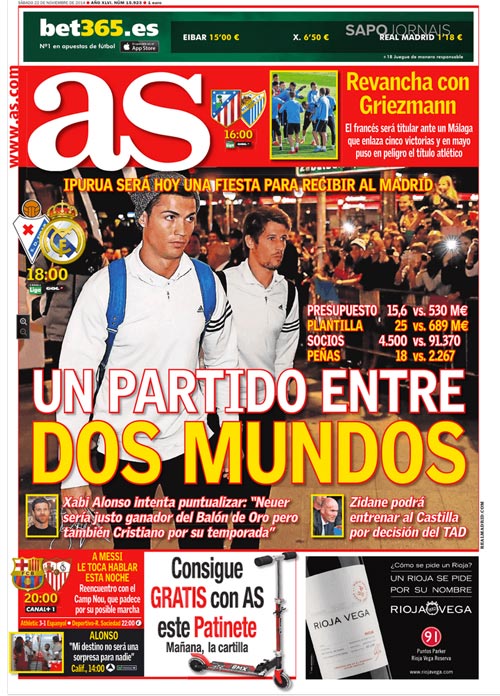 A game between two worlds

Ipurua will see a party to welcome Madrid

Xabi Alonso tries to explain himself

He meets the Camp Nou fans again, who have suffered over his possible departure 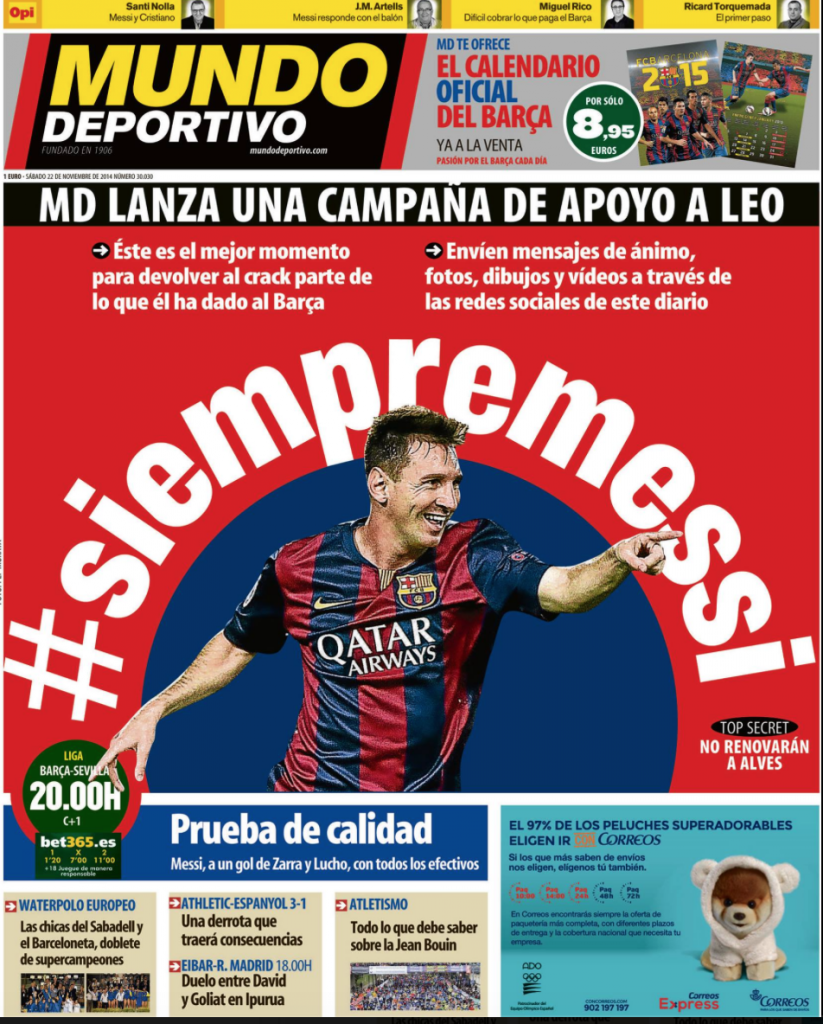 They send messages of support, photographs, drawings and videos by way of this publication’s social networks

Top Secret: Alves will not renew

Test of quality, Messi one goal away from Zarra and Lucho, with all his main men available

Athletic 3 Espanyol 1: a defeat that will have consequences

Eibar-Real Madrid: Duel between David and Goliath at Ipurua